By Carly Okyle March 4, 2016
Opinions expressed by Entrepreneur contributors are their own.

Stephen Curry makes waves on the basketball court with the Golden State Warriors, and now he's looking to disrupt the status quo in social media.

The 27-year-old point guard co-founded Slyce, a mobile-only social-media optimization tool for celebrities. The company hopes to simplify various social-media platforms for people with millions of followers by being the middle man. The app curates their social-media accounts and helps a user filter through incoming postings to find the most interesting and relevant content, making it easier for them to engage with fans. Users can also post content to various social platforms from the app. 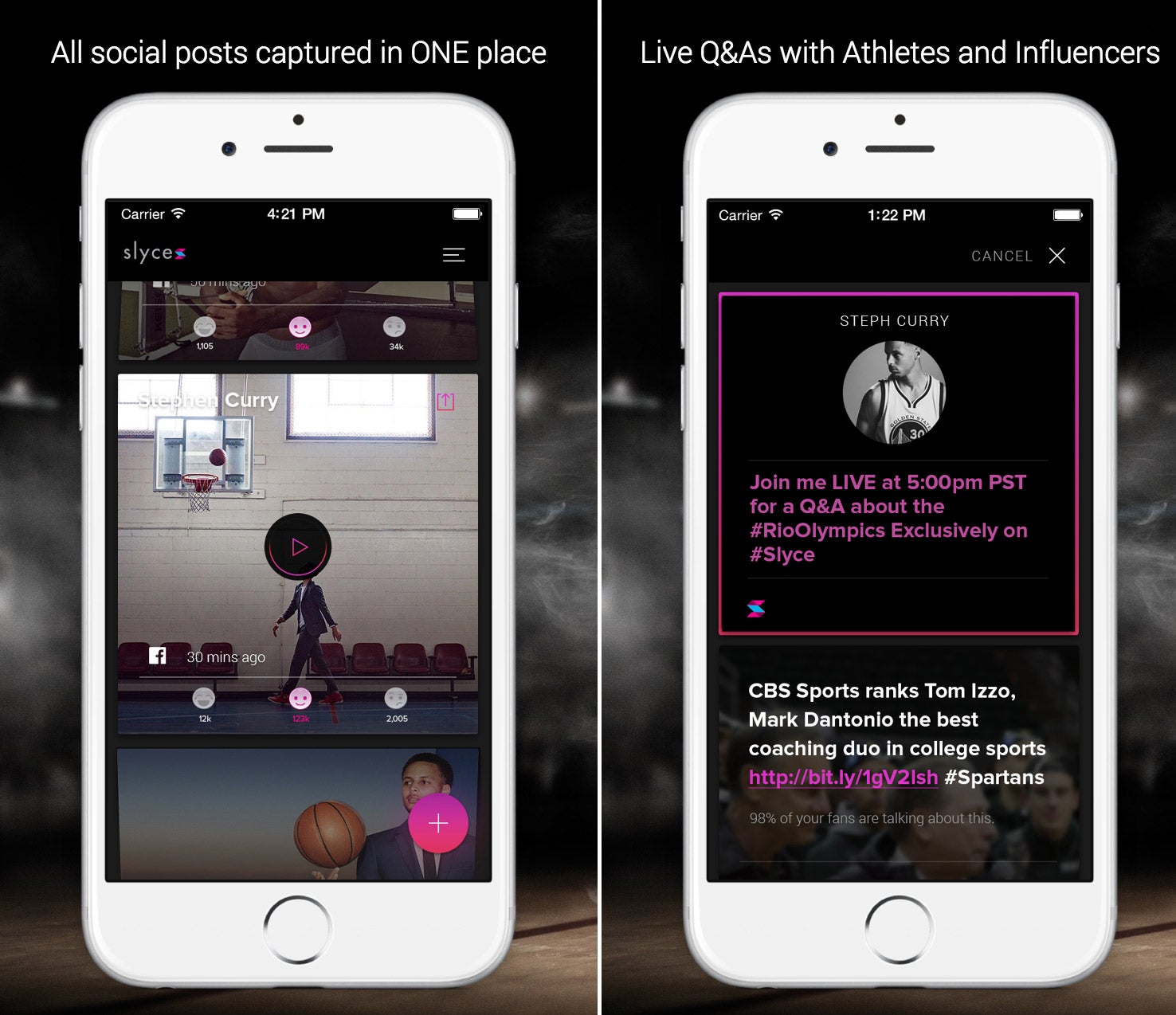 "It was too much of a hassle and there were too many pain points to make it worth [Curry's] time to actually engage with fans in unique and authentic ways," Slyce's CEO and co-founder, Bryant Barr -- a former teammate of Curry's at Davidson College and former Nike employee -- told Geekwire. (Jason Mayden, another ex Nike employee, is also a co-founder.)

In a recent Q&A on the platform, Slyce narrowed down more than 1,000 questions from users to 35 of the most relevant inquiries for Curry to answer, though the startup didn't share how it did this.

The company is small -- currently, it has five employees and is looking to hire more -- but it's getting attention. So far, Slyce has raised $900,000, and counts Baltimore Ravens running back Justin Forsett and Atlanta Hawks small forward Kent Bazemore as fans of its beta version. There are eight celebrities currently using the app, only compatible with iOS at the moment, who are offering feedback.

Related: 5 Lessons Entrepreneurs Can Toke on From Tommy Chong

The platform is also focusing on harnessing brand power. Brands using the app can deliver efficient, effective ad campaigns with their ambassadors, who can then use the platform to share it with fans in a way that's more personal.

This is not Curry's first foray into business. Last year, he became a partial owner of CoachUp, a service that connects athletes with private coaches.