The Los Angeles-headquartered dating app, which has facilitated more than 10 billion matches in 196 countries around the world since it was founded in 2012, recently acquired the contextual computing app, Humin.

Humin co-founder and CEO Ankur Jain says that he and Tinder CEO Sean Rad met in the fall and realized that they were essentially working on the same issue. “We both were trying to solve the problem of how do we use technology to get people to meet and connect in the physical world,” says Jain in a conversation with Entrepreneur.

Humin is an contextual computing address book. It sorts the people in your contact list based on how you know them, how frequently you contact them and your location. It’s also the parent company of a social networking augmented reality product, Knock Knock, which launched last summer, that enables users to share their contact information with those who are geographically nearby when a user physically knocks on the surface of a phone.

Related: Founders of Humin Release New App That Lets You Share Contact Info by Tapping on Your Phone

Tinder, the dating app where users flip through potential matches and swipe left or right to signal approval or disapproval, will integrate the Humin contextual computing technology into its matching product, making the information displayed with a potential match photo more relevant to the person viewing the photo.

Part of the goal of the merger is to make it so that each person sees the contextual data most relevant to their individual priorities. That will be particularly important in international expansion, where dating standards and expectations vary drastically. For example, “in Korea, the context that matters a lot is having the same hometown even more so than where you currently live,” says Jain. 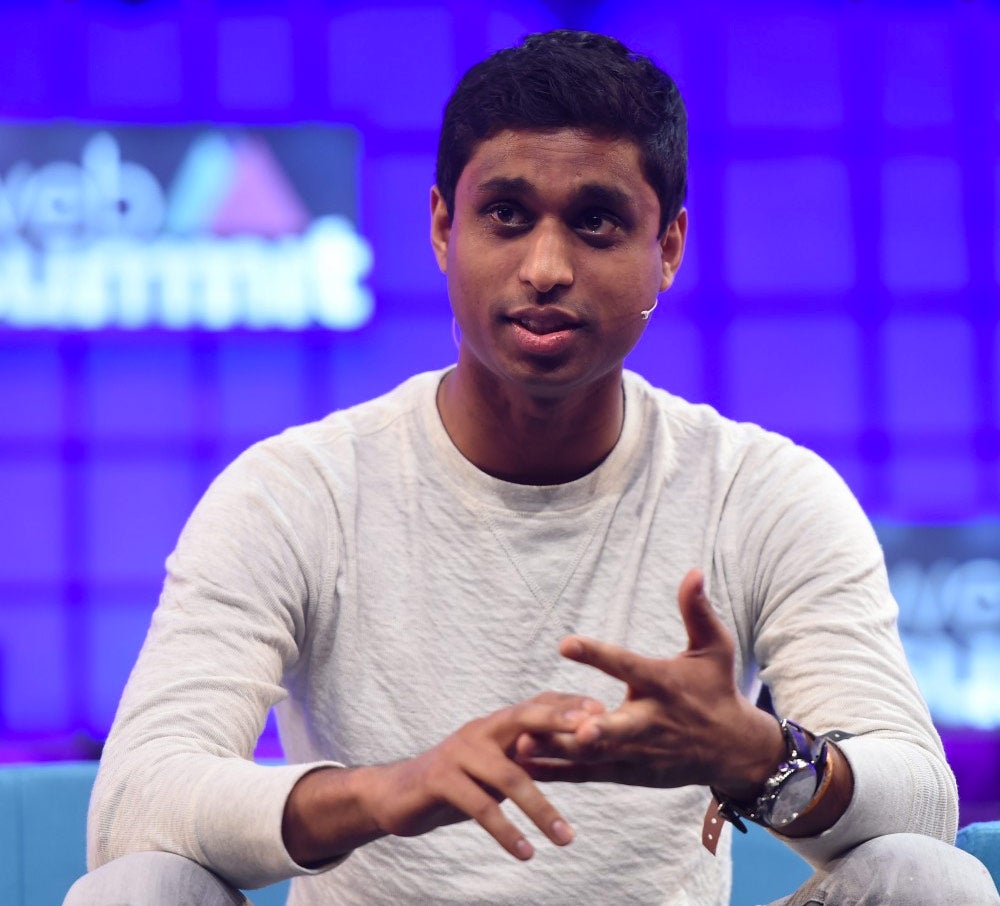 “Facebook has very clearly set their state with virtual reality, and the idea for Oculus, you are connecting in the digital world with people,” says Jain. “The goal of Tinder is more along the lines of augmented reality. You augment your real life to make it easier to meet people, easier to connect with people, easier to get together with people.”

Related: This New App Lets You Summon Your Grandma (or Tinder Date) Via a Prepaid Uber Ride

Going forward, Tinder wants to help users find more than a Friday night date with the boy or girl who happens to be next door. “While dating is a core of Tinder, the real future of where Tinder is going is about being that social network for the physical world,” says Jain. “Tinder has always talked about facilitating real-world meetups.”

Facebook will invest 50 million dollars to build its 'metaverse'

Having a Social Presence Isn't Enough. How Are Consumers Experiencing Your Brand With Augmented Reality?

It already smells like pan de muerto: So you can participate in the Calaverita Lensathon Snapchat challenge and win a thousand pesos

More Than 90 Snakes Removed From Beneath Northern California Home