Some really smart people are putting a lot of money behind a new startup that makes it seamless for giant, Fortune 500 companies to integrate commercial drone technology into their corporate processes.

San Francisco-based Airware announced today that it has raised $30 million in a series C funding round led by prestigious venture capital firm Next World Capital and the 20-year CEO of software giant Cisco, John Chambers. Elite venture capital firms Andreessen Horowitz and Kleiner Perkins Caufield & Byers are also participating in the round, according to a statement released by Airware today.

“The commercial drone industry is poised to throw many markets into transition,” says Chambers in the written statement. In addition to investing in Airware, Chambers says he has agreed to take a seat on Airware's board.

Related: How Drones Will Change Your Business

Commercial drones are being used to inspect bridges, roofs, towers and other previously out-of-reach infrastructure. The industries using drones include utilities, telecommunications and insurance companies, says Tom Rikert, a partner at Next World Capital, which invested in Airware. 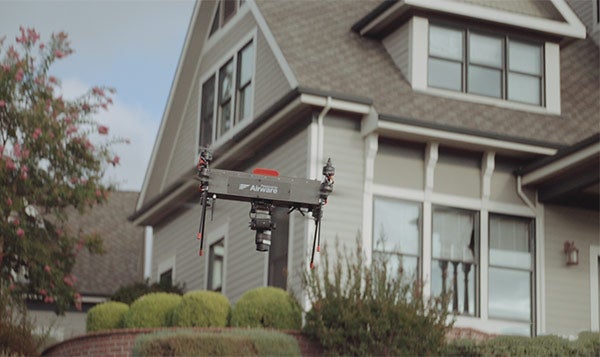 “I’m shocked at the speed at which autonomous aircraft have developed into ‘sensors in the sky,’ able to digitize the world quickly, cheaply, accurately, and safely,” writes Rikert in a Medium post announcing his firm’s investment in Airware. “Drones, and more broadly autonomous connected devices, are a major new technology category, on par with the development of desktops, laptops, and mobile phones. Drones will change the way businesses engage with the physical world just as much as software has changed how they engage with the online world.” 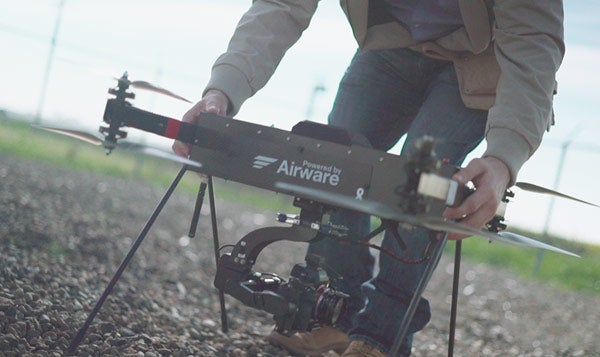 The technology to power drones and analyze the data coming out of drones has, prior to Airware, been scattered, making it complicated for large corporations to get their hands around. Further, the regulatory environment surrounding drones is changing very rapidly. That’s even a lot for an enterprise-level company to keep up with.

Related: FAA Predicts More Than 7 Million Drones Will Be in the Sky by 2020

“Despite the massive promise that drone technology has for commercial use, enterprises won’t wade through a fragmented market of point solutions for each possible use case. There would be too much procurement overhead, varied support structures and duplicative training required to make it worth the investment,” writes Jonathan Downey, the founder and CEO of Airware, in a Medium post announcing the raise.

That’s the motivation behind Airware’s suite of services for big businesses. The startup helps big businesses walks enterprise-size companies through every step of the process, starting with applying for regulatory approval all the way through analyzing and reporting data collected from commercial drones. 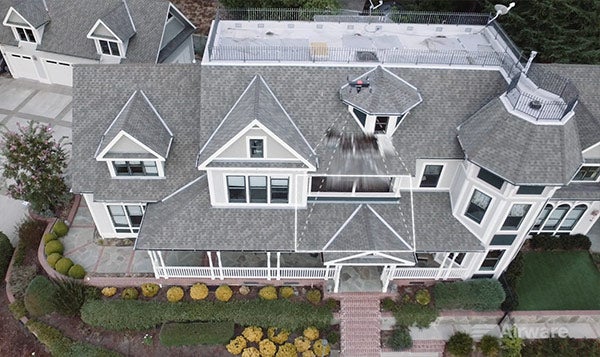 In addition to announcing the $30 million financing, Airware announced a partnership with the insurance giant State Farm. With commercial drones, State Farm will be able to inspect the roofs of properties more efficiently and safely than having people climb on top of buildings.

Related: You Can Now Get a College Minor in Drone Aviation

Using commercial drones will make State Farm claims inspectors more efficient, whether in a situation of a major disaster or a routine inspection, said Jack Weekes, the head of the innovation team at State Farm, in a conversation with Downey.

To learn more about the ways that commercial drones will be used by large companies, have a look at the video, produced by Airwave, that’s embedded below.