Sidharth Oberoi was a dream tutor -- a 17-year-old entering his junior year at the University of Utah and teaching math on the side. “We had a good response from parents,” he says, but he didn’t love his employer’s curriculum, and there was no way to track what students were learning. Then a competitor, a local tutoring company called Zane Prep, started courting Oberoi -- and after six months, the whiz tutor finally said OK.

At Zane, Oberoi developed a curriculum that combined Western teaching styles with what’s called “Singapore math,” a visual and intuitive learning system used in many countries whose students rank high in science and math. But when they tested the model, something seemed missing. So Oberoi suggested they include STEM (science, technology, engineering and math) education -- but in creative, unexpected ways. Today, Oberoi is 23 and president of Zaniac, an after-school program for kindergarten through grade eight, with 10 locations across the country and another 15 targeted to open this year.

Don’t kids learn all this stuff in school?

Not really. We’re going to see a shortage of three million workers qualified for STEM jobs in the next generation. No one is doing any real engineering or tech before they hit high school or college. Kids use tech as consumers, but they are not learning how it works or how to program it. Most people are not exposed to any real engineering until they declare a major in it. One of our executives didn’t have any hands-on engineering until he was a sophomore in college. We hope to fill that void. 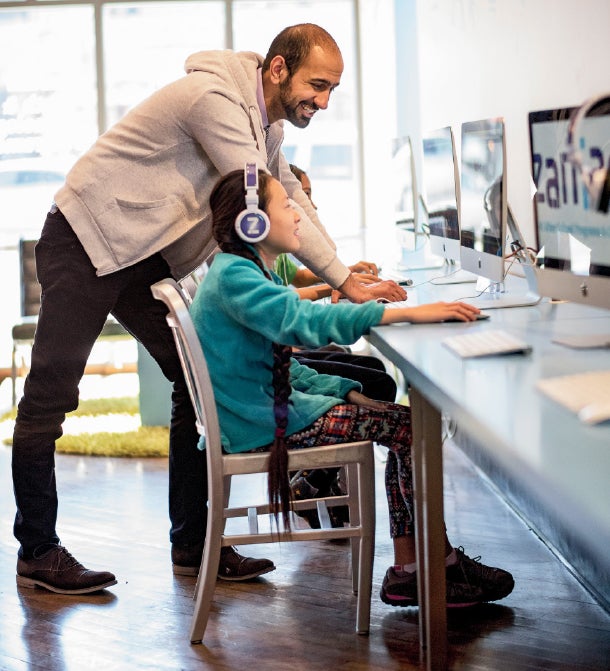 So what courses do you teach at Zaniac?

We offer six-week courses that meet for 90 minutes, one day per week. There’s the math course I developed, but we also have computer programming classes, where kids learn to code and eventually write games in Python, and classes where they can create apps and design websites using HTML5 and CSS3; use the video game Minecraft to learn about physics or architectural design; use LEGOs to learn robotics and environmental science and use toys called LittleBits to explore circuits and hardware development. There are also classes on fashion design, aerospace engineering, 3-D printing, typing, chess and even game modding.

You’ve complained about transparency at other programs. How do you track growth?

First, all students in our math classes take assessment tests to place them; after that, in the first five minutes of every class, they’re tested on the previous week’s info. Improvement is plotted on a graph. In our other classes, progress isn’t as measurable, but we try to instill in the kids what we call 21st-century skills. We teach problem solving, collaboration and self-direction, how to put their heads down and complete a project. You can have a million-dollar idea, but it’s worth zero unless you can formulate it, enhance it and present it to others.

There are a lot of STEM programs out there. What makes Zaniac special?

Most after-school programs happen at school or at another temporary space. We have a retail presence, 2,500 to 3,000 square feet. Just like adults,kids need a productive place to work away from home and away from school. This is a vibrant place to hang out and take a class or finish homework, or be inspired. Also, it’s the breadth of our offerings versus our competitors’. We understand that tech is constantly changing. Minecraft is one of our best-selling courses, but it’s probably a fad and will be going away. We make sure we sustain ourselves with something new. Every year we reach out to students that we haven’t engaged previously with new courses.