Not many people look forward to eating airplane food, but customers on these three airlines might.

Even after 19 years, Australian restaurateur Neil Perry still revamps the menu with seasonal stunners, like the new roast beet, goat’s-milk feta and Jacob’s tears (think of it as a fancy man’s barley). In 2015, Qantas introduced a 16-person team of sommeliers and mixologists. 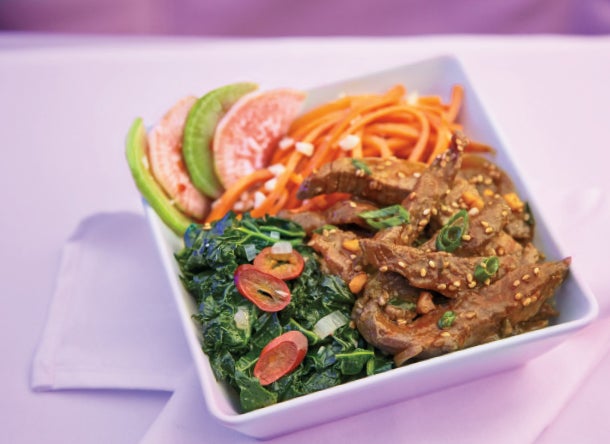 Through a new partnership with Dean & Deluca, hungry travelers can pair their high-brow eats -- like a beef bulgogi bowl made with sautéed kale, julienned carrots, watermelon radishes and a spicy gochujang sauce -- with junk food (but gourmet junk food).