Have You Ever Seen the Rain? This Entrepreneur Did, and Reinvented the Umbrella.

It’s been a rainy week in New York City, and as usually happens in a downpour, especially when there’s wind and people have stuff to hold onto -- children’s hands, strollers, cell phones and tablets, pens, clipboards and other tools of work -- those people struggle with their umbrellas.

It was just this kind of day 14 years ago when Alan Kaufman sat in one of the Manhattan Cingular stores he owned at the time and, looking out on the usual rainy day struggle, realized he could build a better mousetrap, er, umbrella.

“We’d been relying on the same two antiquated weather protection products for a thousand years: the umbrella and the raincoat,” Kaufman says, remembering that first burst of inspiration. “This industry was ripe for innovation.”

So, he did what entrepreneurs with a good idea do: He went to the drawing board. 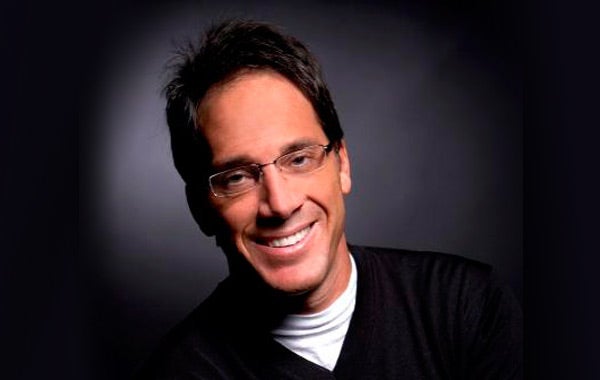 Related: Before You Crowdfund an Invention, Consider Patent Protection

What Kaufman finally got to market with in 2008 -- after three years of design work and half a million dollars of investment from his own savings, friends and family -- was the “Nubrella.” It’s a light-weight 3.5-pound contraption whose aerodynamic design prevents those annoying inversion flips umbrellas do in a high wind (the Nubrella claims it’s good up to 55 mph).

It unfolds a see-through plastic canopy over the head for visibility and rain protection. And because it attaches to the wearer’s body, it’s hands-free -- offering a benefit for anyone walking or working outside.

Back in 2008, the first marketing phase began a journey for Kaufman that included a failed crowdfunding effort, a later-scrapped Shark Tank deal and a bounty of customer feedback. Today, the entrepreneur credits these factors with schooling him in important lessons about the struggles startups entail -- never mind the type connected to windy, rainy days.

Not that Kaufman’s first version of the Nubrella was a bust. He sold 13,000 of that first iteration, in all 50 states and 86 countries, he says; won mentions on Good Morning America, Ellen and Fox News; snagged a deal with Amazon and managed to keep his ego intact, even, as he says, Nubrella drew a “90 percent negative” reaction from media outlets, making fun (cruel!) of his invention’s aesthetics.

(Today, Nubrella chief marketing officer Christina Ricci still comments on those aesthetics: “As a marketer, I am excited about the potential of this market and the challenges of acceptance we’ll certainly encounter with Nubrella. I mean, will people actually wear this?”)

Read our hands-on review of the Nubrella here.

The 54-year-old Kaufman, who’s based in Newton, Mass., remains undeterred. This month, (because April showers bring May flowers, after all), he’s rolling out his second iteration of the Nubrella (retailing for $59.99), whose redesign was completed last November.

The new, improved Nubrella has a backpack-like support brace and chest strap (with optional attachable pack), allowing the wearer to keep the gadget on between downpours. Its canopy no longer extends to the wearer’s chest but now stops at about eye level. It also offers UV protection to augment Nubrella’s appeal to bikers, stroller-pushing parents and people working outdoors.

Related: Lori Greiner's Advice on How to Get Your Invention on Store Shelves

Kaufman’s also got a PR effort that’s finally cranking after what he describes as a costly two-month slough of inactivity, and frayed relations with Shark Tank (whose continued reruns of his product’s old design for six years running have stirred customer rancor).

Finally, Kaufman has booked a May appearance on the Today show -- and shares some serious lessons he says he’s gleaned from his experience:

1. Be prepared to pivot on product design.

Kaufman originally thought wind protection was Nubrella’s biggest gift to the world, but its hands-free feature, which he initially considered “an afterthought,” turned into the product’s biggest selling point. Then there was that original body-suit-like canopy: It had to go. Customers were complaining that they couldn’t see through it or talk to others.

“This shows you that what you start out to do is not always what you end up with,” he says. “So, we decided to go back to the design table and listen to our customers, which is the most important thing.”

A biker from the Netherlands, a photographer from the U.K. and a high school coach from Canada all wrote in, Kaufman recalls, asking the same question: Can I cut a hole in the front for better vision and communication with others? “It became apparent that I had to open the front,” Kaufman says.

2. Expect a struggle, and not just the windy-day-umbrella kind.

“This is not for everybody,” says Kaufman of the entrepreneurial path. “Whatever you think you’re getting into, ‘this’ is 100 percent worse. What you think is the bottom line [in cost]: Triple it.

“If I had known what I was getting into at the start, I never would have done this. I sometimes refer to this as ‘climbing a mountain on roller blades.’”

But Kaufman found solutions to his problems, one by one. When he learned, for instance, that his product’s overseas shipping cost would be a daunting $65, costing as much for shipping as the product itself, he lowered his international price-plus-shipping to $99 -- and made sure to find a fulfillment center with warehouses in Europe and Hong Kong as well as the United States.

3. Shamelessly hit up your friends and family for cash.

“You’re never going to get investors,” Kaufman opines, having ultimately failed with Fundable and Shark Tank. “To lower their risk level, everybody who’s going to give up their money wants to see proof of concept.” And that demand sets up an impossible chicken-and-egg dilemma for investors with as-yet modest sales. Kaufman’s solution? Family help and personal debt.

4. Realize that people will take advantage of you.

“Everywhere you turn as a startup, people take advantage of you, because you’re small, you’re meaningless, you’re new,” Kaufman says. “Because you’re buying the smallest number of [materials] quantities, everyone is going to charge you a premium.”

5. Don’t rest on your laurels.

Kaufman is investigating new avenues, like a children’s version of the Nubrella, a streamlined version for football games (to get around the NFL’s liability ban on umbrellas at stadiums) and a Bluetooth wireless tech version, enabling wireless hands-free communication.

He’s also taken other initiatives: Using just LinkedIn messages, for example, he set up upcoming executive meetings at QVC and PETCO -- the latter because, “The number-one consumer use [for Nubrella] is people who walk their dogs.”

Related: Have a Lot of Clever Ideas? License Them to the Novelty Gift Industry.

Overall, Kaufman now says, the struggle has been worth it: Getting his U.S. Utility Patent on version two of Nubrella, in 2015, he says, was the best day of his life.

“The first design, I wasn’t 100 percent behind; I wasn’t sold on,” Kaufman says. “The second design, I was 110 percent sold on, and convinced it was a game-changer, a viable product for the world.

“That’s what’s given me the passion, dedication and willingness to sacrifice to make it happen.”

Why Your Creativity Is Your Most Valuable Skill