What I Learned by Spending $650,000 on My Credit Card Last Month

The elite Amex 'Black Card' gets you dates and (sometimes) unwanted attention. But those airline points may just be worth the drawbacks.

By Neil Patel January 11, 2017
Opinions expressed by Entrepreneur contributors are their own.

That $659,635.62 charge may seem like a lot (and it is!), but there’s a reason I’m spending that much, which is what I want to explain here: That explanation begins with what American Express calls its Centurion Card but is more popularly known as the “Black Card.”

Over the years, I've spent so much with Amex that the company gave me one.

Related: Why The Right Travel Card Is A Must For Entrepreneurs

Now, the Black Card has an aura of exclusivity -- it's something that mostly celebrities and mega-rich people have. Because of its pros and cons, I've had one three separate times, weird as that may sound. 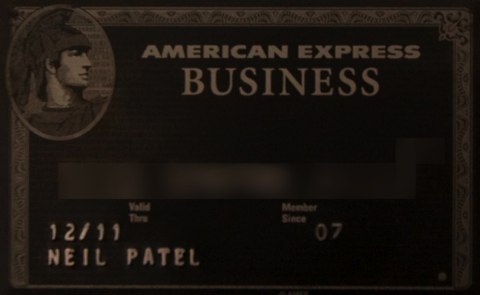 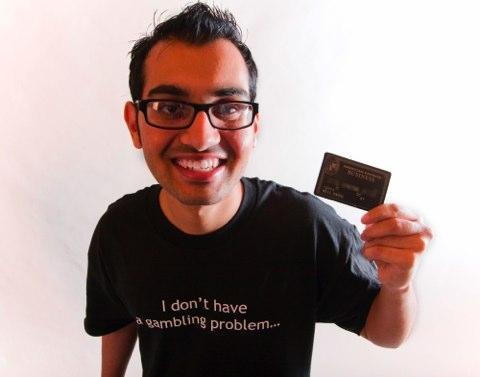 What I learned from having a black card

The Black Card! People think it's amazing. That’s why I aspired to have one when I was a kid. I wanted to be cool, and I thought a card would make me cool. Celebrities have a Black Card. It’s hyped up on TV. You think you can gain access to amazing places, and live an exotic life. People seem to respect you.

Well, I quickly learned that you attract the wrong kind of attention. True, some people will look at you differently. For example, when I go to the airport and use my card, people often ask me, “What do you do for a living?”

Yet what I learned is that this kind of attention does not make you a better person. For example, in my early 20s, I went to Nordstrom to buy some shoes and got asked out on a date . . . because of my Black Card.

I was planning on hiking with friends. It had just rained, and I’m OCD about mud. My plan was to buy a new pair of shoes to go hiking in so my old ones wouldn’t get muddy. (I know. Crazy.) I went to pay for the tennis shoes I'd picked out, and used my Black Card at the checkout. When the cashier saw the Black Card, she started flirting.

Related: 3 Strategies to Ensure You Never Sit in the 'Regular' Boarding Area Again

She asked me what the shoes were for, started laughing, touching my hand, complimenting me on my style and even offering to clean the shoes if they got muddy!

Then she handed me a slip of paper containing her phone number and said, “Hey, you should give me a call.”

She hadn't talked to me for more than three minutes, hadn't gotten to know me, hadn't even spent time helping me find my tennis shoes. Nor do I think she was making much of a commission from a $79 pair of shoes.

But she saw the card, and asked me on a date.

Now, some entrepreneurs see the card (or know that I have one) and try to ally with me so I can help them get a Black Card of their own! And that doesn't work with me: I don’t want to work with someone who's impressed simply because I own a card they see as a sign of wealth.

Another story: I was at a conference, and an attendee asked me, “Hey, how did you get a Black Card? I spend, like, $150,000 a month, and I’d really like to get one, to bust one out whenever I’m hanging out with celebrities, and totally get on to their level. What did you do to get yours?"

I felt his pain. So, I made him an offer:  “Why don’t I give you a Black Card under my account? You pay your portion of the bill, and you can spend your $150,000 a month. Just send me a screenshot of your bill, so I know what kind of expenditures you have.”

Now, if he spent as much as he said he did, I would have benefited from the extra points for having him on the card.

But he wouldn’t give me the screenshot. I’m positive that he didn’t spend $100,000 a year on his credit card, either, let alone $150,000 a month. Who cares about getting on a celebrity’s level, anyway? Just do what makes you happy, and pursue success as best you know how.

In short, a credit card doesn’t build a true reputation for success. People in business -- your true peers -- don’t care if you have a Black Amex or not. Sure, the card might seem special because of the way our society has hyped it, but it’s just a black and titanium card, nothing more.

And there’s nothing impressive about spending a lot on a credit card. Someone spending hundreds of thousands of dollars a month on a credit card might be barely making that much in his or her business, and so only breaking even.

Credit-card spending doesn't mean that a business is profitable or a person is rich. Besides, most people waste money on useless expenditures. In my experience, any time someone spends more than $200,000 per month, there is some wastage happening.

For this reason, I create a spreadsheet recording every payment that I make with my American Express credit card. 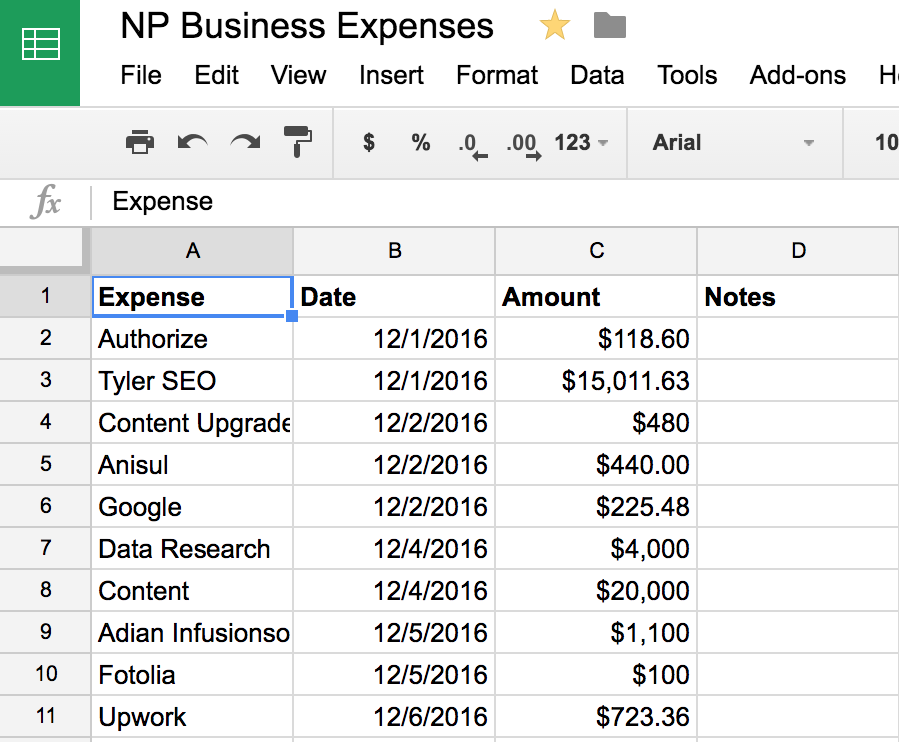 Why? I want to know where every dollar goes. By listing out my expenses, I see the wastage, and know how to save money and increase my profitability.

Increasing profitability is what business is about. If your numbers aren’t positive, who cares if you’re a big credit card spender?

Why do I have a Black Card?

If you’re wondering, “Okay, Neil, why do you have a Black Card?” there are two main reasons:

1. The points: I charge a lot to my Black Card. In return, I get points, which I can redeem for airfare. I tend to look at everything as a mathematical formula. For my expenditures, the Black Card nets me the highest returns.

2.  The helpful concierges: Another reason I hang on to my Black Card is the helpfulness of its concierges. For me, the biggest advantage of the card has nothing to do with money or points. It has to do with people.

For example, if I’m looking for a Thanksgiving dinner reservation somewhere, but all the restaurants I call are booked, the concierge can probably secure a reservation for me somewhere. These people can also fine-tune my spending to achieve my goals.

As my own expenditures with Amex increased, I needed more guidance on which Amex cards to spend money on in order to gain the best returns for the points. One concierge said, “I see that you’re spending a lot on advertising. You should consider getting a gold Amex card, because it provides three times the points, for up to $100,000 in advertising.” 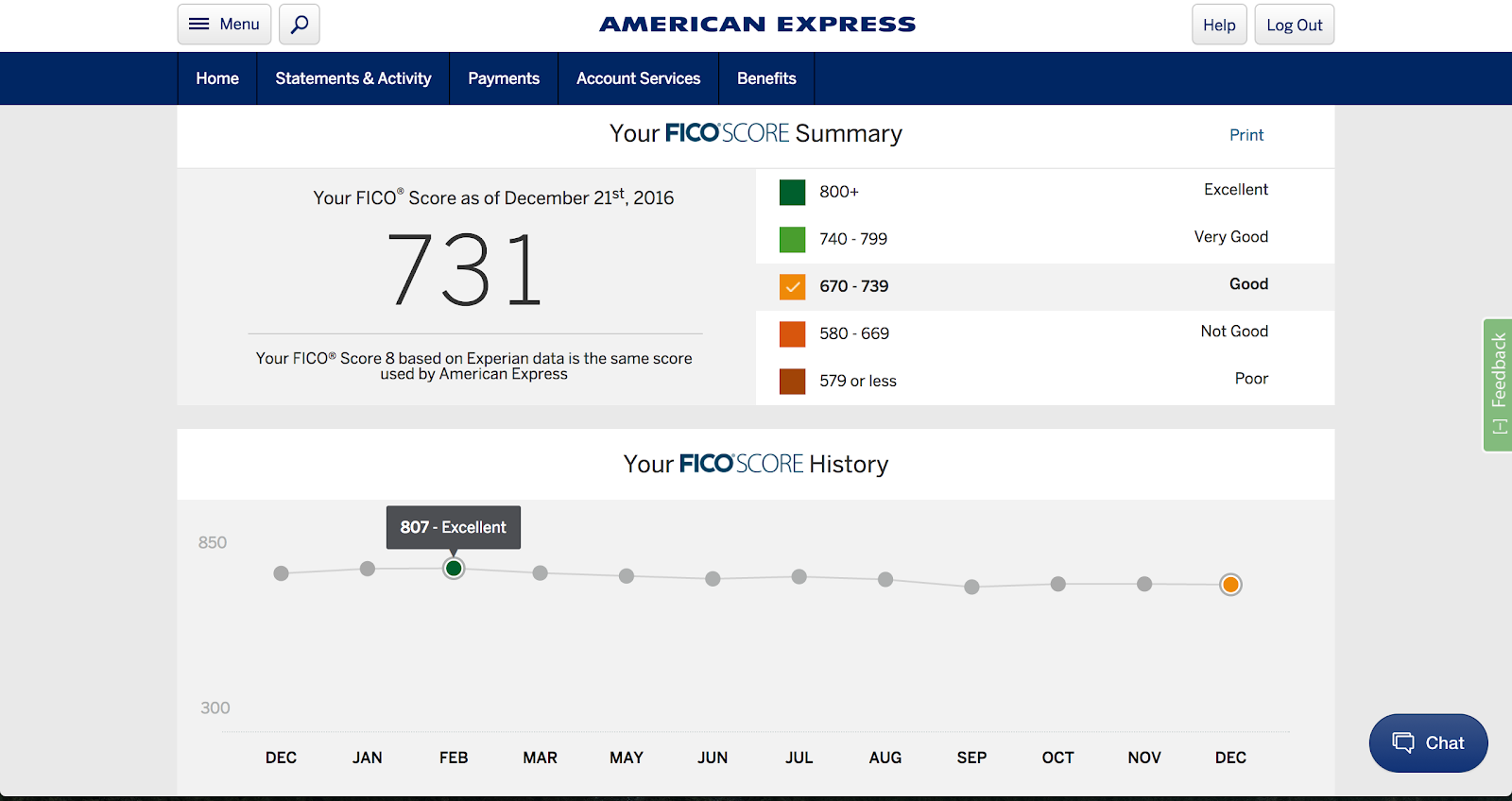 Still, the advantages outweighed the disadvantages, and now I’m getting three times the points for each advertising dollar I spend on my gold cards.

What's more, the concierge team members are super friendly. They go above and beyond to accommodate your requests.

Most Black Card perks are either useless or available on the Platinum Card.

When you look at some of the “exclusive” benefits, they aren’t that useful. I’ve heard that Black Card holders can close down a mall store to shop privately. Seriously, how conceited do you have to be, to do that? (I’m skeptical that an Amex would even do that for you. The company doesn't make that claim, either.)

Another perk is access to exclusive events, such as the Victoria’s Secret Fashion Show. Sure, an Amex concierge might be able to make some calls and help you out. But you can do a quick Google search yourself to find out what to do to gain access. It’s much more convenient, quicker, and cheaper.

One of the famous perks of the Black Card is access to airport lounges. Because I’m constantly traveling, I spend a lot of time there. But I don’t need the Black Card; those popular Black Card perks are already available on the Amex Platinum Card. It’s not as popular or sexy as the Black Card, but its benefits are just about equal.

The lessons I've learned from the Black Card

When I was younger, I would grab for material possessions. I wanted it to seem like I was a cool person, or that I had achieved success.

I eventually learned that these things are useless, however. Stuff shouldn’t dictate what I do or the decisions that I make.