Geek culture, tech and marketing all collided at the San Diego Convention Center (and surrounding venues) for Comic-Con International: San Diego -- commonly referred to as simply Comic-Con or SDCC -- from July 21 to 24.

For the typical entrepreneur, this annual, four-day "nerd" event may not seem all too interesting. But after 46 years, SDCC has transformed from a simple comic book publishers gathering to a global event that it makes up nearly one-quarter of San Diego Convention Center's entire yearly traffic.

Not yet impressed? Here are some important numbers from the convention center. 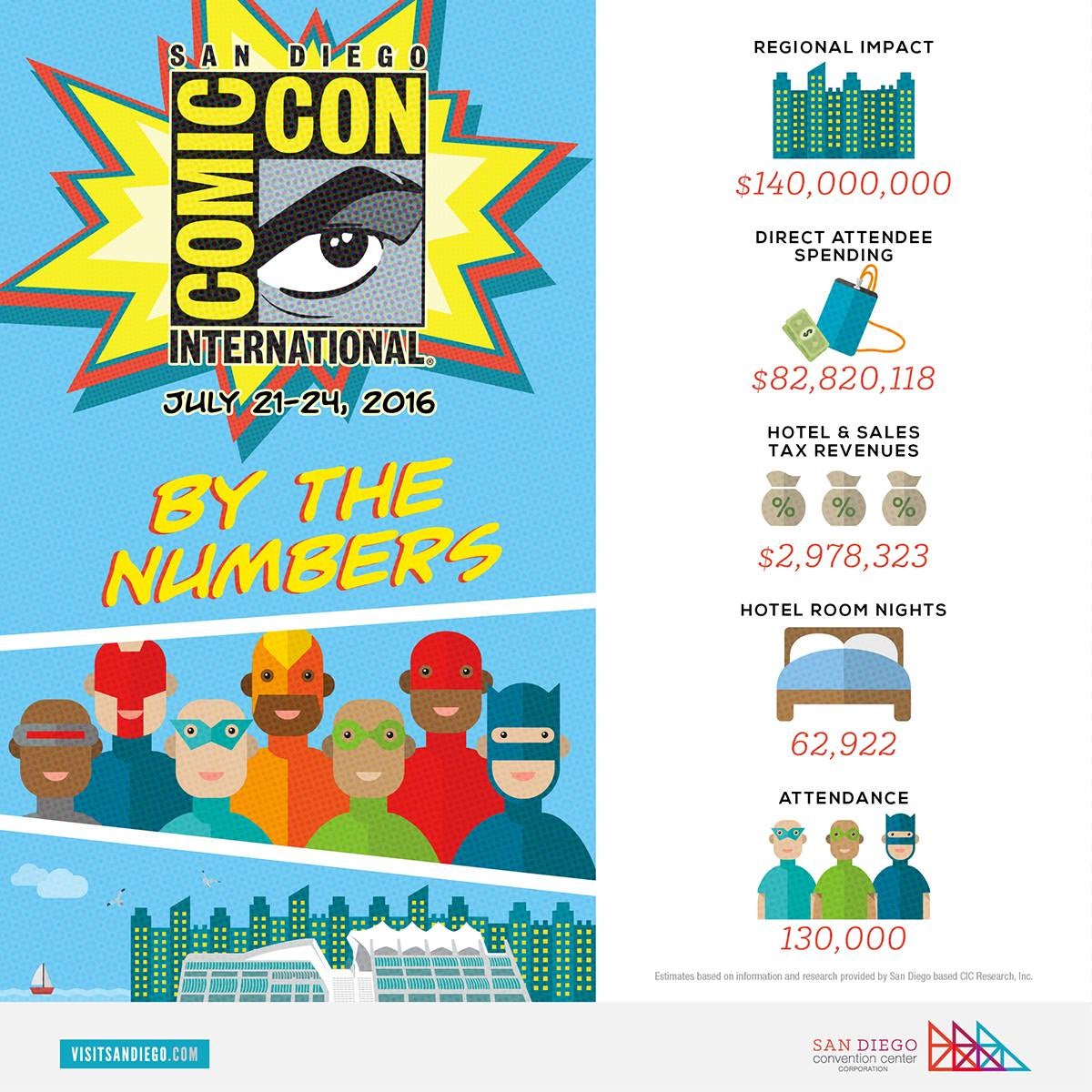 For businesses in and around this industry, attending the event is a no-brainer. There are more than 1,000 exhibitors who participate in SDCC, from the typical comic book publishers to the designer who makes superhero-themed jewelry. However, as the event becomes bigger, competing for attention becomes increasingly important.

There are hundreds of listicles out there showcasing cool and fun things people have seen at SDCC, but here, we'll focus on the ones we believe will be of interest to our business-savvy readers.

1. Nostalgia is alive and well.

Bringing back something old and making it new again was the theme for the past few years, and it continues to be so now. Probably the most visible at SDCC was the promotion around the new Power Rangers movie. (In case you haven't heard, the popular '90s action series is being brought back to life on the big screen in a new, supposedly darker way.)

All sorts of vendors provided their own merchandise surrounding the popular franchise, but, of course, Bandai America unveiled at its booth some seriously kick-ass figures for the movie and also from the older series. 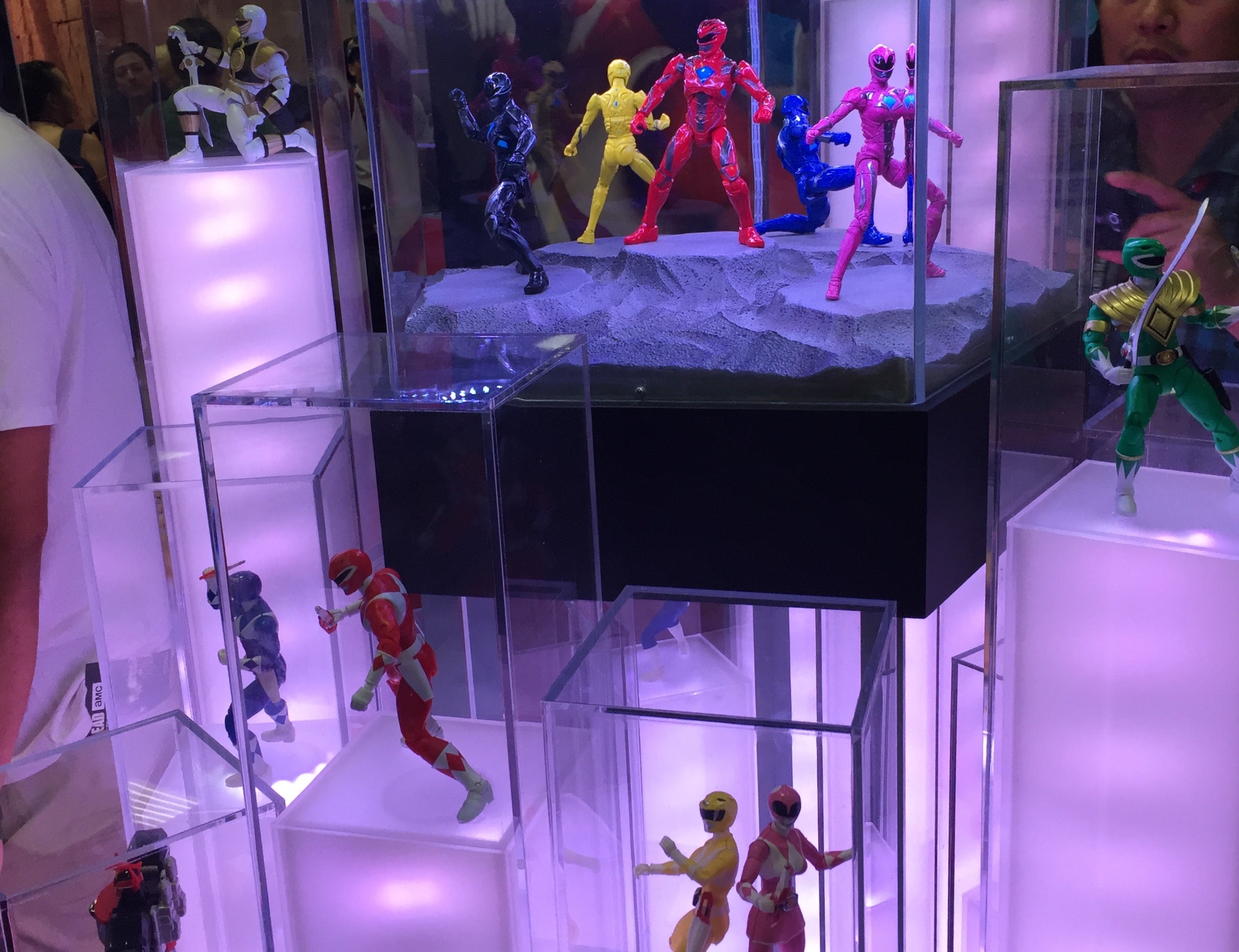 Also jumping on the nostalgia train was Nickelodeon, which announced at the convention that it was creating a made-for-TV movie inspired by the '90s game show, Legends of the Hidden Temple. To capitalize on the announcement, Nick's booth housed an Olmec installation where attendees could take pictures and sold Olmec T-shirts to fans.

Although the promotion had been around for a few weeks now in select cities, Ghostbusters and Lyft partnered up to provide free rides to lucky fans around the SDCC area. Unfortunately, I did not get the chance to experience the Ecto-1, but here's a pic: 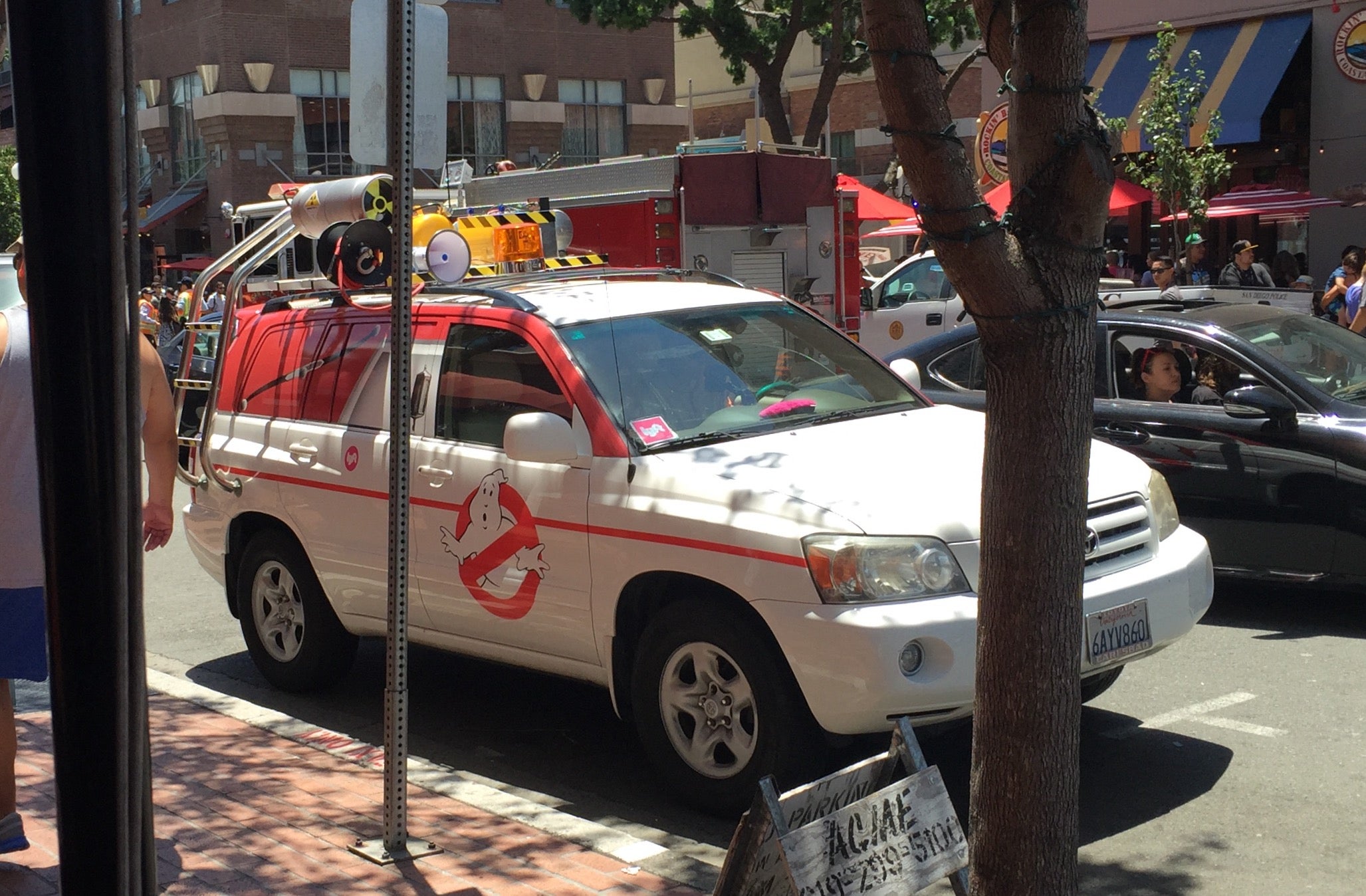 Seems like I didn't miss out on much, however. These guys from GameSpot recorded their experience in the car and, apparently, it failed to deliver.

2. The use of street marketing.

It costs a lot of money to exhibit at Comic-con (a typical booth can cost around $900), so many companies take to the streets to promote their products.

Adding to the already-crowded hysteria on the streets of the Gaslamp Quarter, Syfy enlisted Elvis impersonators on stilts and bluefinned showgirls to promote its next Sharknado film (yes, apparently fans on social media begged for another one of those.)

Did you know that two of the investors from ABC's Shark Tank starred in previous Sharknado movies? I wonder if there will be another in the third installment...

While this business is not necessarily geeky, it serves food, and we nerds gotta eat, right? Burger joint Slater's 50/50 tasked "crusaders" to spread the gospel of bacon.

The satirical promotion seemed to put smiles on people's faces, and the bacon mascot (who the business said "does not discriminate" -- hey, have you asked the vegans about that?) happily posed for pictures with the SDPD. If God was watching, he might have gotten hungry.

Speaking of gods, the restaurant got some great celebrity exposure from Arrow's Stephen Amell.

More than 233,000 likes with no paid social promotion? Nice.

3. Get inside Conan's head with VR.

Surprisingly, virtual reality did not have a huge presence on the show floor. However, TBS doubled down on the tech.

In 2015, Conan offered fans exclusive 360-degree video access to the #ConanCon show during SDCC. This year, the TBS booth gave fans the unique and fun opportunity to literally get inside Conan O'Brien's head ... well, at least through the use of a VR headset disguised as a humongous Conan Pop! Vinyl figurehead.

After the 2010 Tonight Show fiasco, Conan went on to amass a large following, most of whom are digitally savvy. The show's producers and Conan himself have been keeping fans engaged through tech innovation and fun merchandise, like these Pop! Vinyl Figures of different kinds of Conans.

4. A life-sized Tony Stark for the superfans.

While this isn't so much of a marketing ploy as it is simply just giving die-hard fans what they want, this large replica of everyone's favorite comic book entrepreneur was an exceptionally well-crafted stand-out. 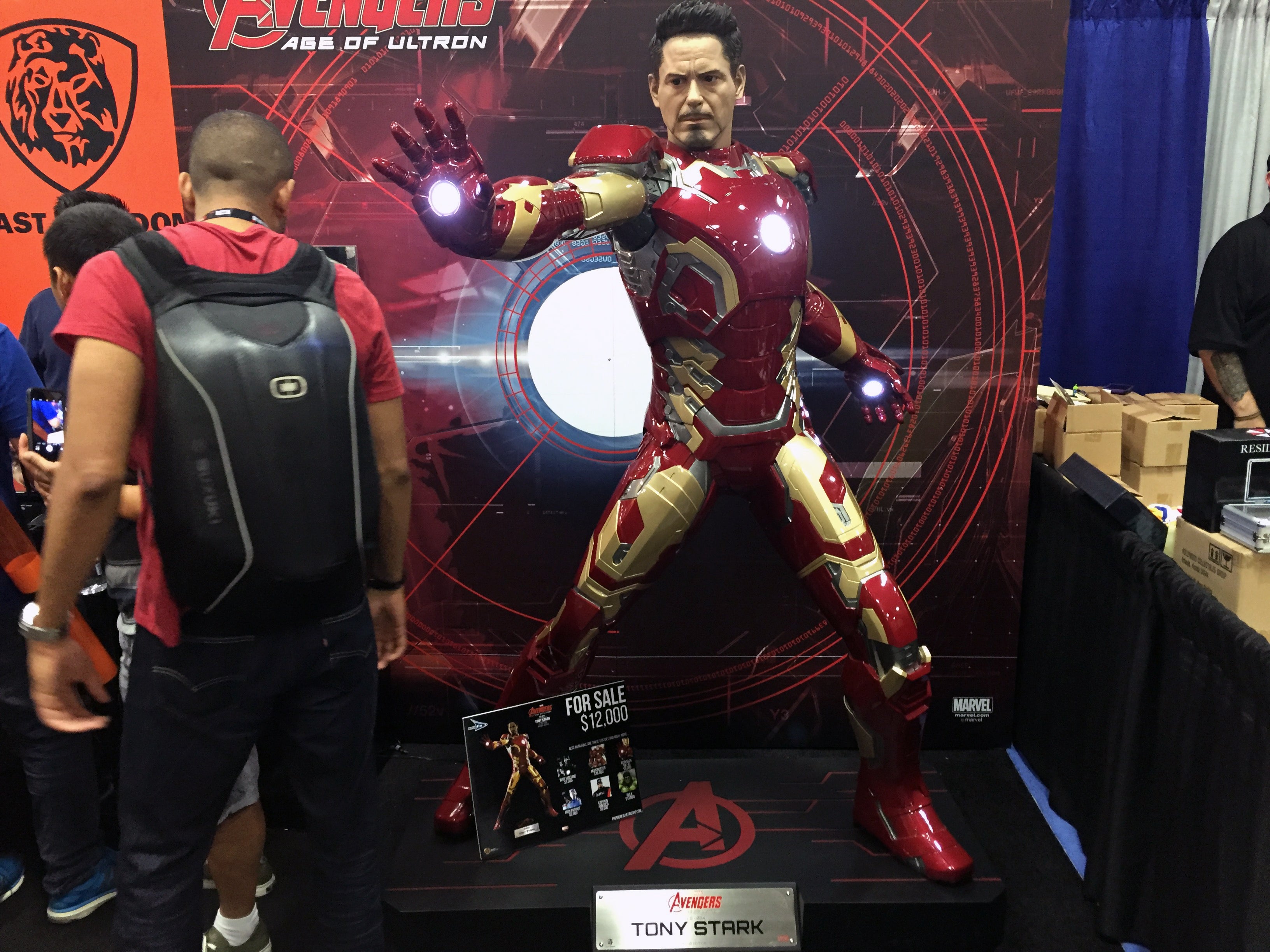 The MCU version of the Elon Musk-inspired, Downey-portrayed Tony Stark figure from Beast Kingdom was only $12,000, which apparently may have been the SDCC exclusive price, since on this toy site it is listed for $16,200.

There is very little that gets people more excited than free ice cream on a hot California day.

The 2015 slapstick slasher film The Final Girls was not only selling tickets to its showing during SDCC; it also gave out free ice cream from its "I Scream" truck right outside the Grand Horton to those who posted about the truck via their social media accounts.

Apparently, you can get us Californians to do just about anything for free cold stuff in the middle of summer (duh, said Caption Obvious.)

There were likely a whole lot more interesting marketing ploys at SDCC that we missed. Tell us about them over on Entrepreneur's Facebook page or my Twitter account.