Exalt the title CEO less and look at it more as just a tough job you need help to do as well as you can.

By Daniel DiPiazza September 19, 2016
Opinions expressed by Entrepreneur contributors are their own.

There comes a point when your responsibilities outweigh your capacities. As a CEO, this can be a hard day of reckoning. There’s a lot of ego involved when wearing the badge, “Chief.”

I recently sat down with Tony Stubblebine, the CEO of Coach.me to unpack what makes a great CEO. Tony founded Coach.me based on the simple idea that coaching is the secret weapon of elite performers. Having coached CEOs, as well as being a CEO himself…Tony knows what he’s talking about. He is the master of managing performance and personality. 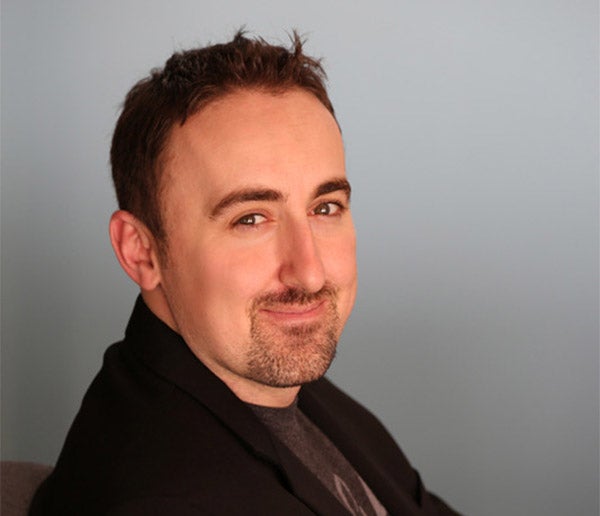 Here’s what I learned from him about being a great CEO:

That’s why a great CEO will hire what Tony calls a “peer” (otherwise known as a coach).

The job of a CEO can be a lonely job. Suddenly, you have no peers. Everybody else in the company has peers, but there’s only room for one at the top. Paradoxically, that can be pretty damn isolating.

That’s why Tony recommends you hire a “peer.” Peers support you. Peers give you feedback. Peers are just there for you when you need to rant about something.

But what’s even better, a hired peer (aka a great coach) will help you avoid failures and achieve results. Enlisting someone to take responsibility for your progress and success is THE secret weapon of all top performers.

The most successful people across all domains have coaches. Sports, business, health. Even Tony Robbins has a coach! I can speak from experience: hiring a coach changed my life.

Don’t wait until you keep failing, until you’re in some crisis before you hire a coach. Be proactive. Do as a CEO should do.

2. Be the CEO that you are supposed to be.

When Tony started Coach.me, he like most founders looked to investors to fund his vision.  During his meetings, he remembers the investors saying that they saw something special in him...but it wasn’t the good kind of special. He was “soft,” they said, and they noticed that he’d fold when challenged.

Obviously, that’s not the impression he wanted to leave a bunch of investors with his fate in their hands! He began to wonder if he was the “CEO type.” Could he actually do this?

Rather than resist his nature, he learned to use his “softness” to his advantage. Tony is a big meditator. He looked to meditation as the operating principle to conduct himself in the presence of others.

He wasn’t an aggressive person, so instead of trying to be the aggressive stereotype he imagined the investors wanted him to be, he chose himself. He chose calm.

Tony credits himself for having the ability to remain calm in any kind of situation, no matter the stakes. His perceived weakness became his strength. Now, instead of reacting, he absorbs. When challenged, he waits. He marshals from a position of clarity and objectivity, not emotion.

That’s powerful. Tony became the kind of CEO he was supposed to become, not the kind he thought he should become.

Related: Starting My Work Day at 5 a.m. is the Best Decision I've Made This Year

3. Being CEO does not give you superhuman intelligence.

Tony says there are usually two types of CEOs: CEOs with pure hubris who don’t recognise how bad they are at their job. That can actually be a good thing at the start. The second type are CEOs who have figured things out. They’re effective CEOs who get to the top through thoughtfulness rather than arrogance.

Regardless of which type you are you, one thing remains the same...being CEO does not give you superhuman intelligence. Unfortunately, a lot of CEOs think that they have to play the role of Superman once they take the position...someone who knows the solution to every problem and the answer to every question….someone who never needs help.

You can either keep believing this, and keep portraying arrogance and naivety, or you can admit to your employees that you don’t have the answers, and that you need their help.

Give your employees credit. They know when you’re faking it. Enlisting them to come up with solutions can generate camaraderie and a sense of purpose that’s crucial for your company’s health.

Don’t you want those kind of employees working for you? Be the CEO who gives your employees a purpose.

Related: She Built an App Without Knowing How to Code -- and is Now a Millionaire

Most people have barely any real self-awareness. As a CEO -- as a leader -- you can’t be one of them.

Speaking of your employees, they’re another reason you need to be self-aware. If your energy is low, and you're not looking like your normal self… your employees might think that it’s about them. That they did something wrong. That they’re not working hard enough. That they’ve disappointed you.

Your attitude and disposition trickles down. CEO is a hard role but someone has to do it. You can.

Daniel DiPiazza is the founder of Alpha Mentorship and the director of the Profit Paradigm accelerator for agency owners.

The Problems With Servant Leadership