Apple Files a Patent for a Paper Bag

This magical bag has a 'white solid bleached sulfate paper with at least 60 percent post-consumer content.'

By Don Reisinger September 22, 2016
This story originally appeared on PCMag

Apple files for patents on all kinds of things. But this one might just be its most bizarre (and boring) patent application yet.

As Gizmodo reports, the U.S. Patent and Trademark Office (USPTO) last week published an Apple patent application for a paper bag. Yep. More specifically, a paper bag that can hold stuff and has a "white solid bleached sulfate paper with at least 60 percent post-consumer content." 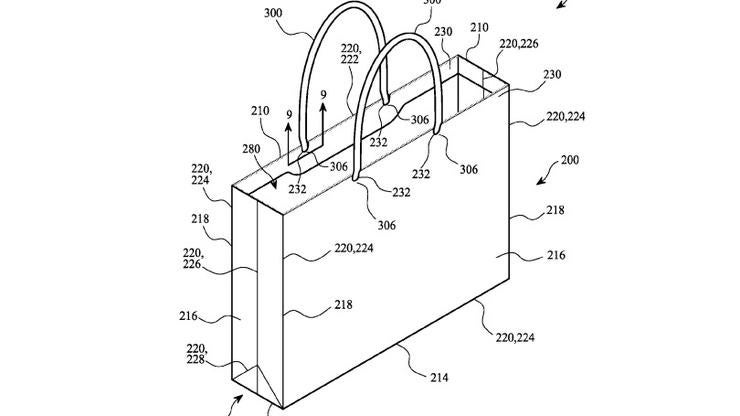 Like other technology companies, Apple patents a slew of technologies that may or may not make their way to store shelves. The retail bag it's pitching to the USPTO is just another in a long line of inventions the company is patenting in hopes of stopping other retailers from mimicking its look and feel. It's also a bag that's in line with its stated goal to be more environmentally responsible.

"The following disclosure relates to a bag, such as a retail shopping bag," Apple writes in its patent application. "The bag may be formed entirely of paper, with the potential exception of adhesives for fixing together portions of the bag. This can help to reduce any environmental impact from production, use and disposal of the bag. The bag may be formed of a container and a handle."

In its detailed description, Apple says that its bag is designed to be a "high-end retail bag." Its mention of "post-consumer content" means that 60 percent of the bag's paper material has been recycled. Ultimately, that amount will help Apple limit its environmental impact across all phases, including production, use and disposal of the bag.

As Apple notes, being environmentally friendly can sometimes have negative implications on a retailer. In general, Apple says, any bag with more than 40 percent or 50 percent recycled material might be "prone to tearing." To circumvent those problems, Apple's bag has "reinforcement inserts" that keep it strong while still offering more recycled paper.

The bag in question looks decidedly like any other Apple store bag, except the drawings don't show Apple's logo on either side. Apple doesn't say in its patent filing what the future will hold for the bag, so stay tuned.