John Zimmer shares his predictions for transportation 10 to 20 years from now with Trevor Noah.

Without cars, where would we be? Better yet, what would our cities be like?

We’ve designed and developed our cities around cars, which is a shame, Lyft Co-Founder and President John Zimmer told Trevor Noah on Tuesday night’s The Daily Show. Going forward, Zimmer and Lyft are thinking about ways to design cities around people. That’s where autonomous cars come in, reducing the need to own cars and making transportation more affordable.

Related: Will We Still Need Stoplights in the Self-Driving Future?

The average household spends $9,000 a year to own a car, Zimmer said, noting that affordability is one of the biggest incentives for introducing driverless cars to the market. 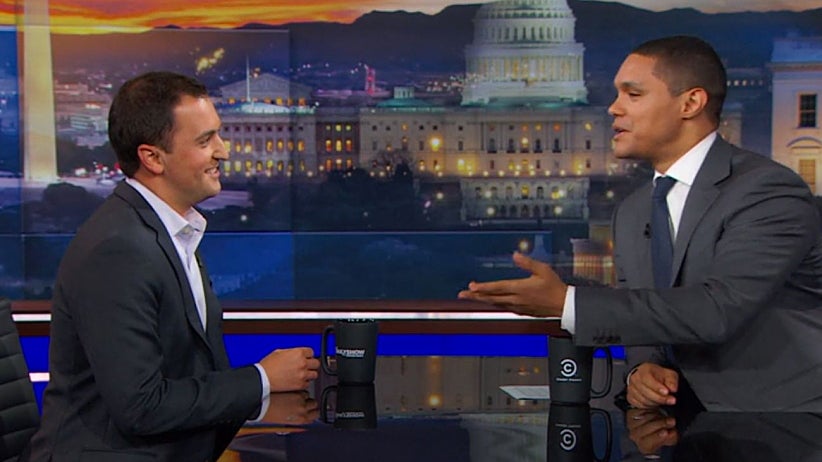 Uber’s VP of global vehicle programs, Sherif Marakby, also recently emphasized the potential of autonomous vehicles to save people money. During a talk at the Automotive News World Congress last week, he said, "The biggest problem in ridesharing is supply -- having enough drivers in peak times.” When there aren’t enough cars on the road to accommodate the number of ride requests, Uber charges riders “surge pricing” in order to limit demand. “Automated vehicles will help smooth out surge times,” Marakby said.

Related: This Self-Driving Car of the Future Doubles as a Living Room

Today, drivers fear their jobs may be at risk when driverless vehicles come to fruition. Marakby said that both human-driven and autonomous vehicles will occupy the roads for Uber. As Zimmer pointed out, driverless cars may even create more jobs -- although these jobs won’t necessarily involve driving. “I don’t think a car is going to look like a car anymore. It’s going to be more like a room on wheels," Zimmer said, "and then you might have services in those rooms."

From Lyft's Pink Light to Wendy's Sassy Tweets, Strong Brands Stand Out. Make Sure Yours Does Too.