Patience and Faith Built S'Well into a $100 Million-Dollar Brand

She could have gotten a real job. She didn't.
Next Article
Kate Rockwood
Magazine Contributor
March 28, 2017 4 min read

When S’well founder Sarah Kauss finally made the leap from making manual invoices in Excel to using QuickBooks, in 2010, she called in an accounting pro to get her set up. He looked at her statements -- and the scant $2,000 she had left in savings -- as well as the rent on her New York City apartment, where she was working and storing the 3,000 high-end water bottles she hoped to sell. “You know,” he said, after a long pause, “you could get a real job.”

She didn’t. Instead, she spent two long years as S’well’s sole employee, bootstrapping her line of sleek, stainless steel water bottles with $30,000 in savings after a successful, hard-charging career in commercial real estate development. It paid off: The company’s overall sales hit $50 million in 2015 -- a fivefold increase from 2014. In 2016, the number doubled, to $100 million. But Kauss credits this boom to those early, lean years, when she intentionally grew slowly, with no investors to answer to. “I got to be really picky,” she says. “Target wanted to work with us for four years, and I kept saying no because it would have cost us the Neiman Marcus Christmas catalog, which we’re in every year. I knew I needed to build the brand awareness to a certain point before we could have a diffusion line. But telling an investor I’d turned down Target? I wouldn’t have gotten away with that.” 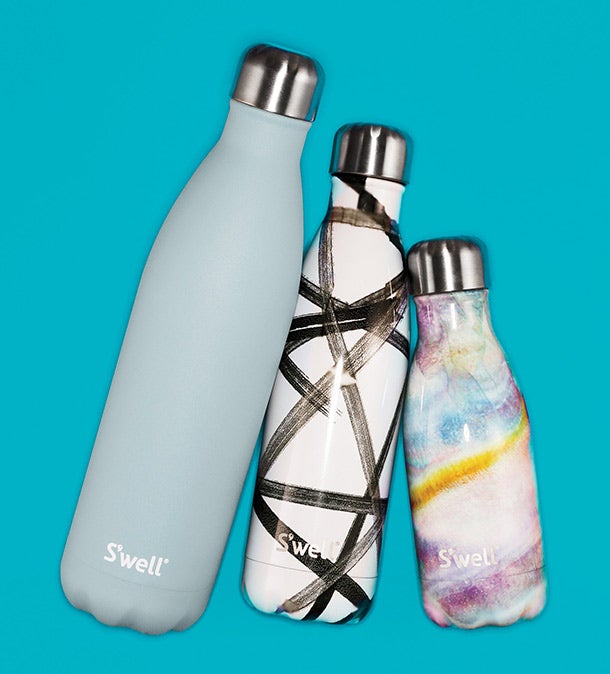 That wear-every-hat mentality meant Kauss was the one writing individual emails to customers when the company’s first shipment was delayed by three months in 2010, as well as the one cold-pitching then Starbucks CEO Howard Schultz when she saw him standing alone at the grand opening of a Starbucks in Seattle.

Related: How This Founder Turned Surplus Razors into a Billion-Dollar Company That Changed the Industry

In her first year, she packed her calendar with 17 trade shows to meet specialty-store owners face-to-face. The $35 price tag stirred healthy skepticism, but Kauss insisted that there was a market for eco-minded, fashion-conscious consumers like her. “I’d used another brand’s water bottle for years, but I was paying a lot of money for my handbag and then pulling out something that looked like a hiking accessory,” she says. “I wanted to create a bottle that felt more like a luxury product.”

To do that, she designed a bottle that keeps beverages cold for 24 hours or hot for 12 without creating condensation that would drip inside a handbag. And instead of sticking to five primary colors like most water brands, S’well mirrored the catwalks, releasing two seasons of fresh designs a year. There are currently 100-plus designs on the market, including its best-selling Teakwood. (When S’well introduced a rose-gold design, it earned the startup a call from Apple, asking if the company could have a custom design for employees.)

The idea connected with consumers. Her bottles are sold in some 2,600 stores, such as yoga studios, wine stores and menswear boutiques, as well as nationwide retailers like Nordstrom, Williams Sonoma and Neiman Marcus, and more than 10,000 Starbucks locations internationally. And last year, S’well did finally work with Target -- by launching the slightly less expensive line S’ip by S’well.

Despite all that, Kauss still believes in growing slowly. “There’s this cult among entrepreneurs of ‘Who’s your investor? What’s your growth rate?’” she says. “But if you don’t have a billion-dollar company in the first six months, that doesn’t mean you should give up.” Scale can’t come at the expense of the brand. That’s why her team vets retail partners -- asking for photos of the interior and a list of other brands they carry -- and turns down most of them. “It took me two years to convince Bloomingdale’s to carry S’well, but if I’d settled for retailers that weren’t brand-right in that time, I might never have convinced them,” she says. “That’s one of the blessings of not having a venture partner. I didn’t have a timeline. So if it took me longer to hit my stride while staying true to the brand, then it took me longer.”