The Forgotten Hollywood Icon Whose Genius Made Wi-Fi Possible

Classic movie fans may know Hedy Lamarr as the luminous star of films such as Ziegfeld Girl and Samson and Delilah, but Lamarr, whose famous visage was the inspiration for Catwoman and Snow White, wasn't only a silver screen icon or simply a pretty face -- her invention led to the creation of Wi-Fi.

In the 1930s, Lamarr escaped under the cover of night from her home country of Austria and her first husband, who was an ammunitions manufacturer with ties to Nazi Germany. After convincing MGM studio head Louis B. Mayer to take a chance on her after she arrived in Paris, Lamarr uprooted her life again and moved to California.

When the United States entered World War II, she wanted to help the war effort. She and her friend, composer George Antheil, used their knowledge of self-playing pianos and remote control radios to develop a "frequency hopping" technology that could help the U.S. prevent German submarines from detecting its radio signals and missile trajectories.

Related: Business Success Starts 'With One Person, an Idea and a Passion'

Though Lamarr and Antheil gave the patent to the U.S. Navy, because Lamarr was from Austria, she was considered an "enemy alien" and the patent was confiscated. But throughout the war, Lamarr didn't waver from her devotion to her adopted country -- despite the fact that both the government and her industry had put her in a box, only seeing her as a glamorous, scandalous woman. At one point she even sold $7 million in war bonds in a single night.

Her technology wasn't implemented until the 1960s, at a point when it was too late for the pair to be paid for their hard work. That work ended up becoming the building blocks for the Bluetooth, GPS and secure Wi-Fi technology that we use today.

When investigative journalist Alexandra Dean learned about Lamarr, she knew she had to dive into her story and share it with others. The only problem was that the movie star, who died in 2000 at 86, had rarely spoken about her life as an inventor.

Related: Only 17 Percent of Venture-Backed Startups Are Led by Women

"There was a moment where I thought I couldn't make this film because I just didn't have her voice anywhere," Dean says. "It didn't exist on the record and I was leaning on this autobiography of hers [Ecstasy and Me by Leo Guild], which I knew she had disowned."

The first-time director had a breakthrough when she finally got in touch, after several false starts, with Fleming Meeks, a journalist that had profiled Lamarr in 1990 and had extensive tapes of her talking about the development of the technology and her patent. It was then that the movie started to come together.

Related: This First-Time Novelist Wrote About Startups, and Learned Some Vital Truths About Entrepreneurs

"I would want other people to know that you just sometimes have to keep forging forward and believing that there's something out there for you," Dean says. "And in this case it came back tenfold and Hedy's voice took over. I threw out the old movie I was making for six months and started again and based it around her voice, and her story that she wanted to tell."

Following the premiere of Bombshell: The Hedy Lamarr Story at the Tribeca Film Festival in New York City, I spoke with Dean about innovation, the pursuit of big dreams and breaking down barriers. 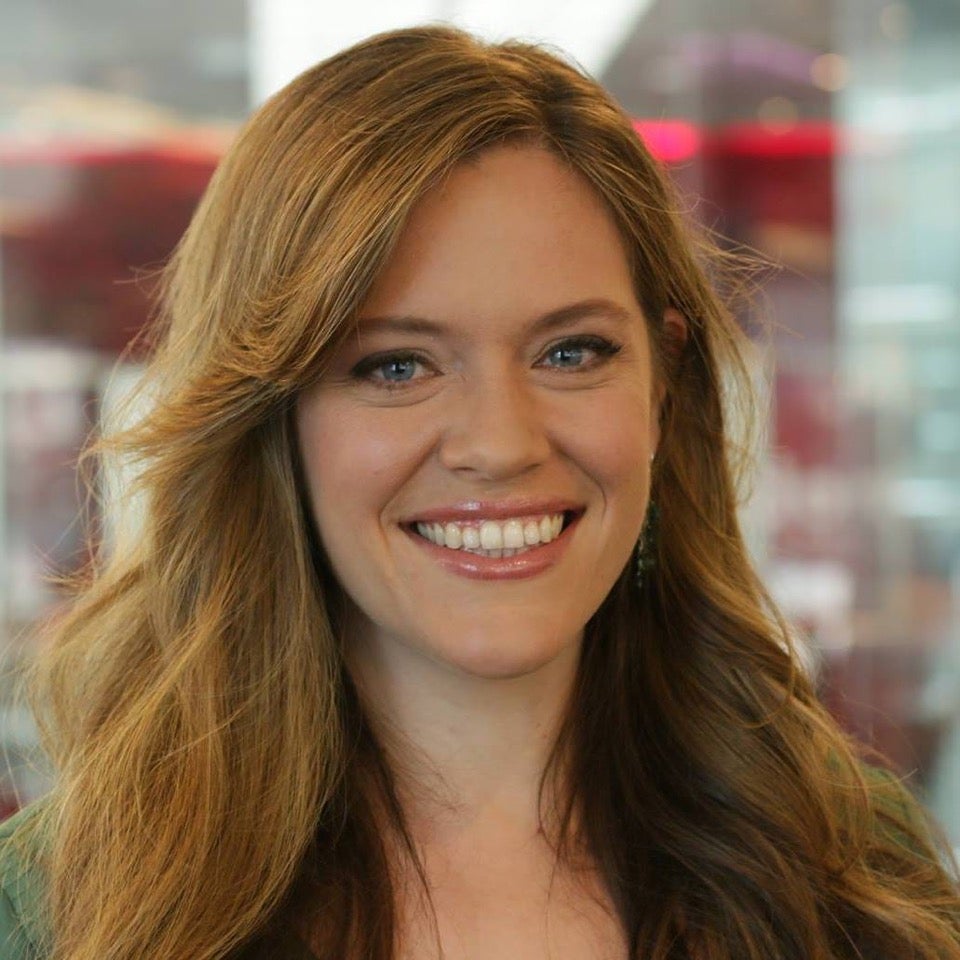 This is your directorial debut and it's the first film from your production company, Reframed Pictures. What was the experience like for you?

It was a very steep learning curve. I had a huge amount to learn. Luckily, I didn't know how much I had to learn or I think I wouldn't have gone into it so boldly. But I think it's good not to really look too closely. Sometimes you just have to make the leap or you don't create the opportunity for yourself.

So yes, I definitely closed my eyes and jumped, and there was no safety net. There were a lot of dark nights where I didn't think this was the right decision. But I think sometimes the trick is just putting one foot in front of the other until you get to your destination and not worrying too much about how it's going to go.

What advice do you have for entrepreneurs who are about to take that big leap?

The reputation you built even within your siloed industry may not follow you to your new endeavor. You have to build it again. You have to be ready to start fresh. You have to have faith that your skills will follow you and make that happen for you.

And every day isn't going to be filled with inspiration and glory. I can't explain it, but when you're an entrepreneur those wasted days are really important. You have to let some days just be hard and confused and you just have a headache and stare at a screen. And other days you come in and suddenly there are answers there for you. But it's just because you kept showing up and being there, even if you're alone in the office all day. Just being there makes a huge difference.

Did making this film change how you think about innovation?

What surprised me in the making of the film is that I think the distinctions we make between art and science are perhaps a little bit false. I think that both disciplines really are one. I think invention can be insanely creative. I think art can be actually problem-solving, and I think that when you can bring together the creative mind and the analytical mind, you can start to address some of the more intractable problems of our time.

It's thrilling because real change and real innovation happens when two disparate things that you never thought to combine come into contact with each other. That tends to be the way people describe innovation. So of course we have to break down this wall in order for innovation and invention to happen.

What is the biggest lesson you learned from telling Hedy's story?

I think one of the aspects of Hedy's story that was so surprising to me was that she was not just an inventor, she was an entrepreneur herself. She was ready to go out and produce when nobody else was producing. Really, Bette Davis was the only other actress who produced her own films, A Stolen Life, in 1946. But Bette produced only one film, while Hedy did three.

I think there is a real value to just ignoring the barriers around you and being incredibly bold. I think you can do things that people think are impossible because you just have a vision and you don't care that there are boundaries. That's what Hedy taught me.

What do you hope aspiring entrepreneurs and inventors, especially women in STEM, take away from Hedy's life and her contributions?

For me the message of the film is absolutely what [Hedy] says at the end of the film. "Do it anyway."

Do it anyway, even when no one's watching. When you feel like it's never going to make a difference or when you don't feel like you're completely misunderstood. You can feel like you're toiling in the darkness for a long time and it doesn't matter what you're doing. But you never know which contributions you make will stick and how much impact they will have. Hedy's life teaches us that it's not necessarily the contributions you think are making a mark that are going to make a difference.

I think that this communication system she came up with was really something that came out of her heart. It's just the pure expression of herself doing something that she loved to do, which was the only way at that time that she thought she could improve the world -- which was going to hell in a handbasket.

I think we don't realize that just sometimes being yourself and doing what little you can to try and help the world is sometimes the way we make our biggest mark.