I loved baseball uniforms as a kid growing up in Brooklyn. I’d spend hours looking at old photos of Jackie Robinson and Babe Ruth, always in those classic flannel uniforms. That foldy, slightly baggy look they had -- that was really what spoke to me about baseball. I was fascinated by them.

Fast-forward to the ’70s and ’80s, when the worst of the garish, double-knit uniforms were really prevalent. I always thought it was sad that Hank Aaron beat Babe Ruth’s home-run record in 1974 while wearing that awful Braves uniform, instead of the classic one he’d worn for years. He looked like he was wearing a softball uniform. I was really offended by it.

Related: What It Takes to Build a Business Based on a Personal Passion

So in the late ’80s, I quit my career as a musician to start a company dedicated to replicating the classic uniforms, made with the classic materials, using the original manufacturing processes. We sold my wife’s car for $500 and set up shop in our apartment. I called the company Ebbets Field Flannels, after the former home of my father’s beloved Brooklyn Dodgers.

This was before the internet, so research was hard work. I pored over old trade manuals and traveled the country rooting through the archives of the old factories and fabric suppliers that used to make the uniforms. I remember offering to take bolts of fabric off their hands because they didn’t know what to do with it anymore. “You want this old wool?” they’d say. “I can’t use it.” Damn right I do! 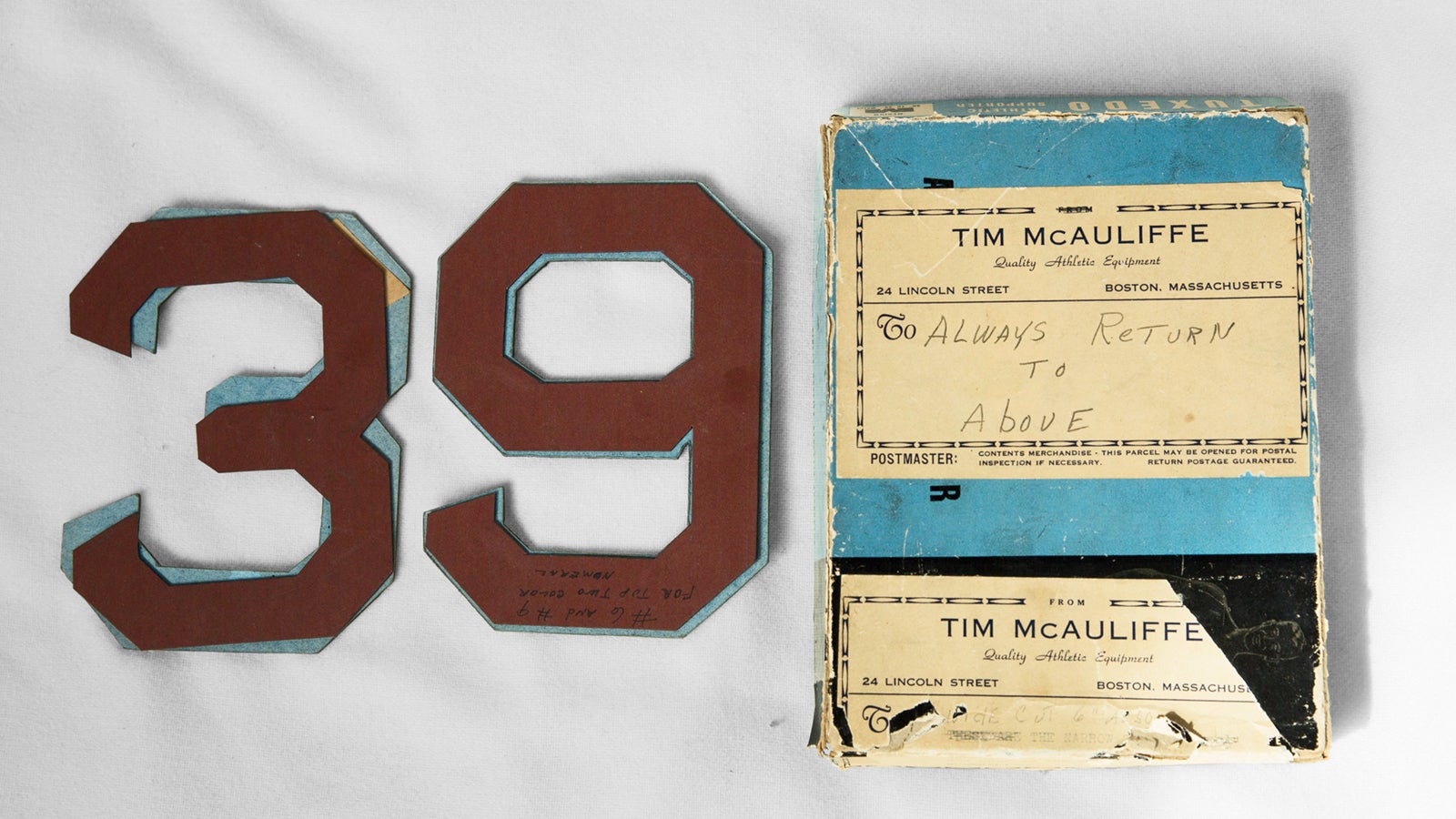 One day in the early ’90s, I was visiting the factory in New England that used to make the Red Sox uniforms. And they had all this random stuff around. I picked up one box and opened it. It contained the actual, original cardboard templates for the Red Sox numbers. And they had the handwritten notes from the original supplier, a guy named Tim McAuliffe, on them. It must have dated from the ’60s. I asked if I could have it, and they said, “Sure.” They didn’t care. They had no appreciation of the heritage of it.

Since then, my company has grown. We sell all over the world, and we’ve worked with everyone from Ralph Lauren to J. Crew. And all this time, that box has been sitting on my desk like a talisman, a physical, visceral, intimate connection to the old uniform makers.

But here’s the best part. For the 40th anniversary of the 1967 Red Sox “Impossible Dream Team,” the Sox actually called me to make the uniforms for all the surviving veterans. That meant I was able to get that box off my desk, which had probably the same exact template used in 1967 to make Carl Yastrzemski’s uniform, and make Carl Yastrzemski’s uniform, again. And this year, the Sox called me to do the uniforms for the 50th. It’s a real honor.

Related: Money Is Not What Makes Successful Entrepreneurs Tick

Building Ebbets Field Flannels was never about money for me. I wanted to touch people. I was an evangelist for the timeless baseball uniform style, and why it was better, and what was beautiful about it. And that Sox home uniform is a perfect example. Every player who went through that organization from 1930 to today is associated with that design, from Ted Williams to David Ortiz. I love that. It really captures why I started this company all those years ago. It’s a beautiful, beautiful thing.