To understand how his impact spreads beyond the walls of his own operation, we asked four Amazon alumni to look back on the priceless lessons they learned from the boldest man they know.
Next Article Add to Queue

This story appears in the November 2017 issue of Entrepreneur. Subscribe »

This article is part of our 50 Most Daring list. To see who else made our 2017 list, head over this page.

Jeff Bezos started Amazon 23 years ago as an online bookstore. Today it has grown into the largest internet retailer in the world; it’s home to an Oscar- and Emmy-winning production studio; its subscription service, Amazon Prime, reached 80 million members this year (up from 58 million in 2016); and it’s made Bezos one of the richest men on the planet. This success alone -- to see opportunities where others haven’t, and move into them faster than others can -- would make him a daring entrepreneur. But alongside that, Bezos has proven himself adept at taking on totally unexpected challenges.

Related: Amazon's Lesson About Disruption: Rattle Any Market You Can

In June, Bezos snapped up organic-grocery purveyor Whole Foods for $13.4 billion and quickly slashed prices (though the full scale of his plans have yet to be revealed). His stewardship of the Washington Post, which he bought in 2013, has become the envy of the media business: Its ad revenue grows double digits each year, traffic has surged and broke the 90-million-monthly-user mark this year and it’s building technology that other media outlets can now pay it for (like Zeus, which delivers ads at light speed; Heliograf, the Post’s automated storytelling system; and Clavis, its content recommendation engine). In sum, Bezos doesn’t just buy a company -- he uses it to rethink an industry.

To understand how his impact spreads beyond the walls of his own operation, we asked four Amazon alumni -- all of whom now head up their own companies -- to look back on the priceless lessons they learned from the boldest man they know. 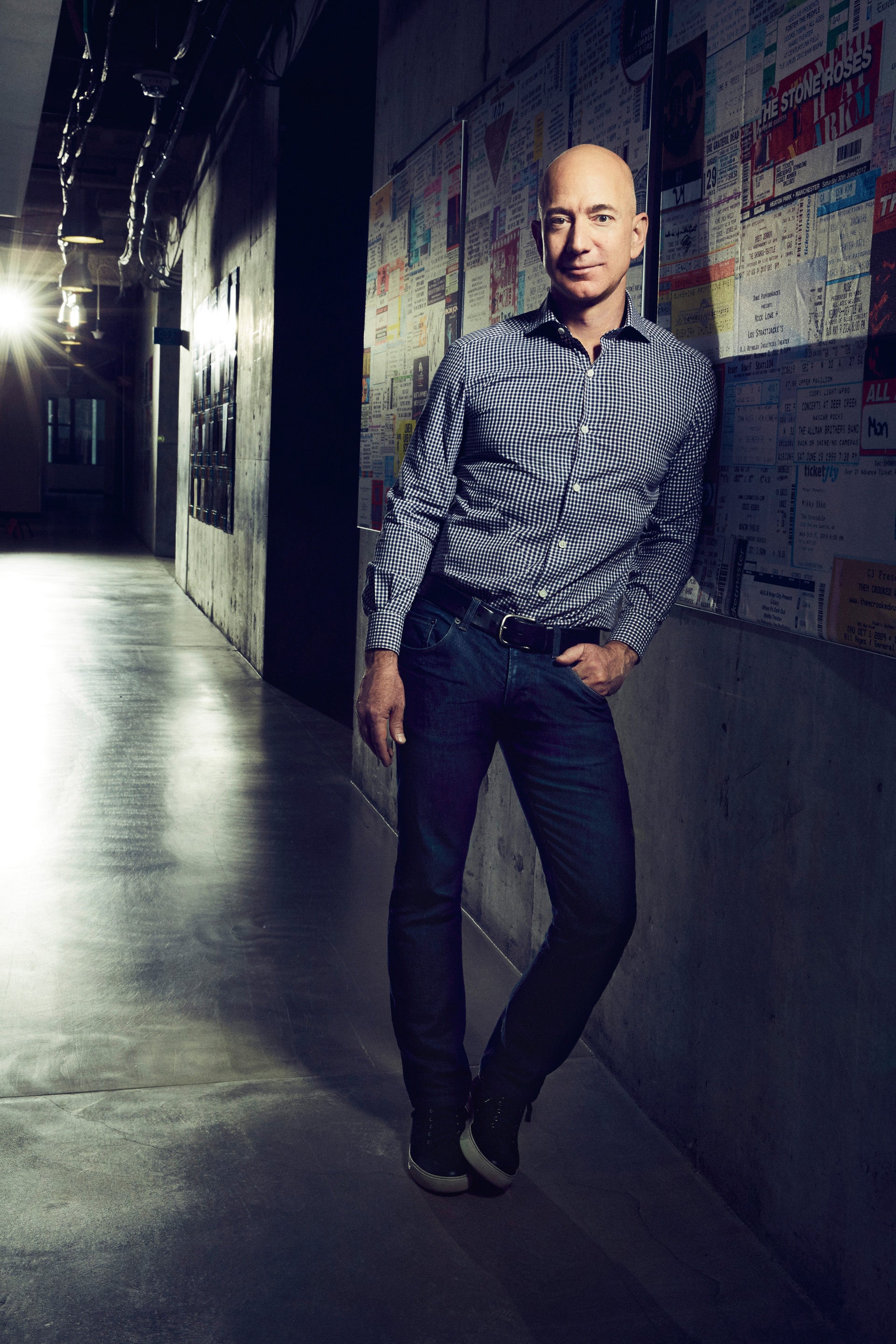 Lesson 1: Don’t worry about the money.

“My first year at Amazon, I was in charge of ‘space management,’ which meant overseeing how the storage was used in our warehouses. I made a mistake and placed too much product at the very top of our shelves, and when orders came in, workers couldn’t bring items down fast enough to fulfill them. It was a massive mistake, so I presented Jeff with a plan to save us money [while canceling the least number of orders]. I was proud of myself -- I thought I was saving the situation. He looked at me and said, ‘Stop. Don’t worry about the money. Ship everything you can as fast as you can; don’t miss a single order. Figure out how much it cost us, and make sure it doesn’t happen again.’ Don’t worry about the money? Most companies claim the customer is the most important thing, but they’ll do what’s right for the company. For Jeff, it’s genuinely what’s right for the customer.” -- Nadia Shouraboura, founder and CEO, Hointer

Lesson 2: Forget the output, and focus on input.

“When you look at how Jeff Bezos interacts with Wall Street, he says, ‘Look, I don’t care about revenues and profits. If you want to hold me accountable for revenues and profits, then Amazon is not the stock you should be buying.’ Instead, he focuses on the inputs: how new initiatives integrate with Amazon Prime, the number of U.S. households he delivers to, the number of warehouses he’s built. If you look at scriptures and mythologies, many of them talk about warriors doing their duty and not worrying about the outcome. It’s a very powerful concept, being at the top of your game with the things you can control and not worrying about what’s out of your control. I’ve talked to maybe 50 CEOs in the past year during sales meetings, and it unsettles me how the majority of them are so emphatic about growth and revenue or profit but don’t think too much about the inputs it takes to achieve these things.” -- Guru Hariharan, founder and CEO, Boomerang Commerce

Lesson 3: Be a leader, not just a decider.

“Back in 2003, I was one of a handful of people who got the chance to start Amazon Web Services, which [provides cloud-computing applications and] today is a very large business. I was tasked with figuring out how to monetize Web Services, and I got to work fairly closely with Jeff. About a year in, my team had an idea for a loyalty program. Our CIO, Rick Dalzell, set up a meeting with Jeff, who said that it wasn’t a good idea for Amazon. As meek as I was, I actually asked him, ‘Can you explain why?’ He could have easily dismissed me, but he very patiently and articulately described why our idea wasn’t good for the company but would be good for other businesses implementing loyalty programs at the time. I took away two very big things. One was the clarity of thought I saw from Jeff. It forced me to think -- and that’s the kind of clarity of thought I aspire to. Second, it strengthened my belief in him as a leader, because he used the moment to educate me.”  -- Vikas Gupta, co-founder and CEO, Wonder Workshop

Lesson 4: Even as you grow, find ways to stay small.

“If I were to summarize the gist of what it’s like having Jeff Bezos as the leader of the company, it would be ‘Think big.’ Amazon’s internal slogan actually became ‘Work hard, have fun, make history.’ Come with big ideas, but be thorough in how we can achieve them. The key is to keep everyone focused on the needs of the customer. And the way you do that is to organize your workforce into small teams that are close to the customers. In the early days of Amazon Web Services, my team was very focused on customers who wanted payments, while other teams were focused on customers who needed storage. That notion of small teams, to maintain a tightness with customers, was alive even within the bigger team that was AWS. At [cloud communications platform] Twilio, we’ve adapted this as ‘Wear the customers’ shoes.’ Everywhere you walk in our offices, you see actual shoes sent in from our clients. It’s a constant reminder of how to succeed.” -- Jeff Lawson, co-founder and CEO, Twilio

Jeff Bezos Shares His Best Advice for Anyone Starting a Business

15 Companies That Jeff Bezos Has Invested in