Michael Palmer jumped into owning a business after a wildfire destroyed his home in California.

Michael Palmer says that he always joked with his family that one day they'd own McConnell's, a 70-year-old ice cream brand beloved in their hometown of Santa Barbara.

That actually came to be -- about a year after a wildfire destroyed their house in 2008.

"In the wake of that, we were trying to figure out what to do," says Palmer, who made wine and worked in branding full-time before taking over the company. "We were approached by the owners of McConnell's, which was probably headed towards bankruptcy, about the possibility of taking it on. So rather than rebuilding our house, we rebuilt the old dairy." 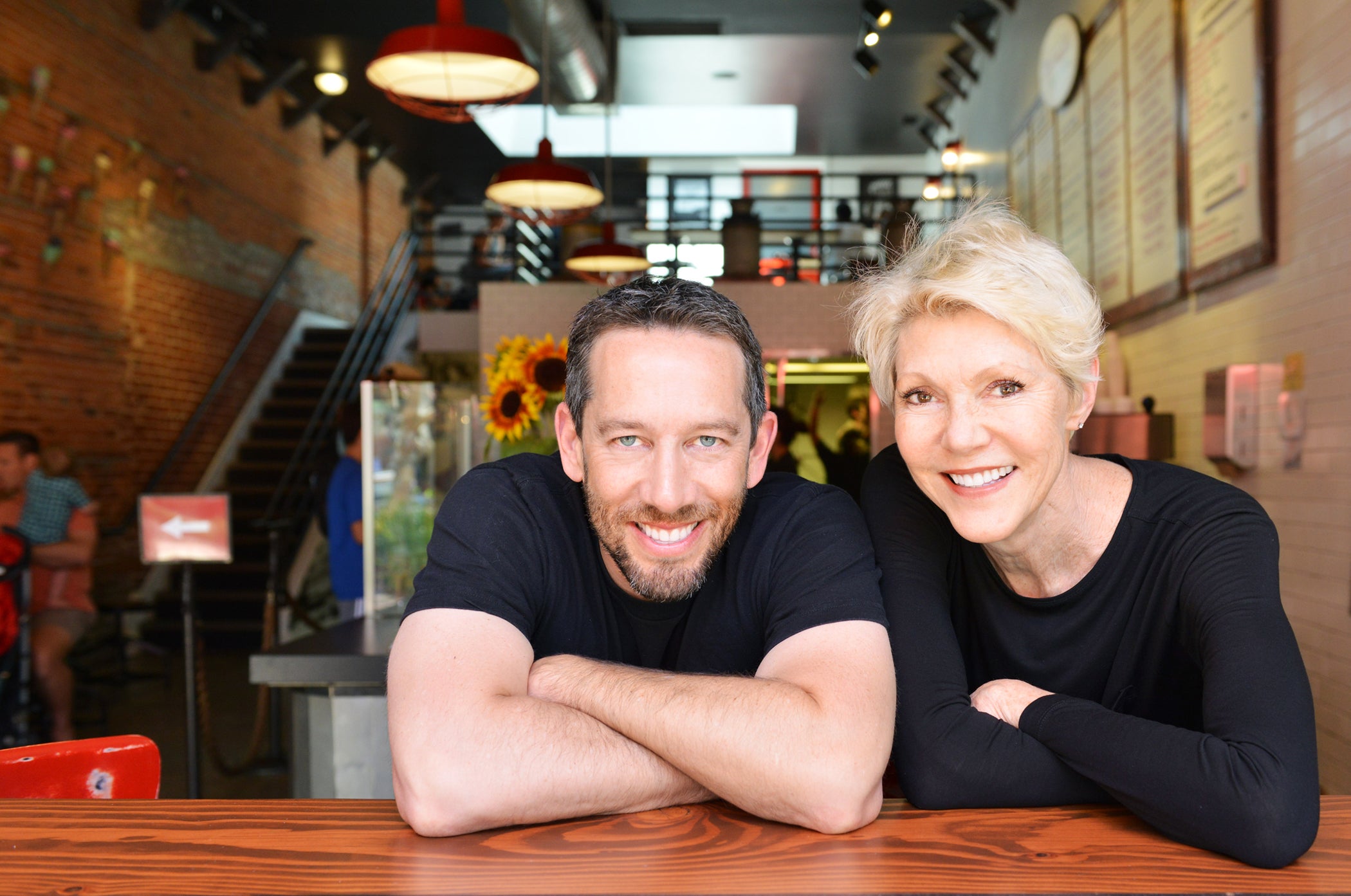 The Palmers used their insurance money, along with other funds, to rebuild the dairy operation and purchase new equipment. They opened a handful of scoop shops in California (there's four currently with plans to expand to seven by the end of the year) and worked on boosting the company's small retail operation. The Palmers also utilized their connections in the food world -- his wife Eva Ein is a chef -- and partnered with them to sell its ice creams in restaurants in California.

Unlike most other ice cream brands, McConnell's is also the manufacturer, meaning its makes the cream and is responsible for the ingredients that go into its products. Retailing between $8 and $10 a pint, McConnell's is now sold in more than 2,000 stores throughout the U.S., including Whole Foods. The company also ships its products nationwide through its website and runs a pint of the month club. It has made more than 100 flavors with at least 40 on the market at a given time. The most popular flavors include Eureka Lemon & Marionberries and Sea Salt Cream & Cookies.

Entrepreneur spoke with Palmer about growing a legacy brand, the right way to approach growth and his thoughts on taking outside funding.

How did you approach retail distribution for the brand?

It was less about knocking down a national distributor or retailer and more about trying to appeal to regions that would appreciate our product for what it is and what makes it different. We're family owned, we're not private-equity backed. It wouldn't have made a lot of sense to just blow it up. We want to concentrate on the quality of the product.

What can entrepreneurs learn from your experience with retailers?

There's a real tendency for entrepreneurs to want to get big and achieve critical mass fast. The first thing you have to do is learn your business and product and figure out what makes that product unique and then how to bring that to market in a way that's compelling. If you're just selling what everyone else is selling, it's a very hard thing to do. It all comes out of a great story, because that's what allows people to emotionally connect with what you're doing.

Related: This Former Google Exec Shares Why Leaders Get Happiness Wrong and Why Meditation No Longer Makes Sense

What has been your biggest challenge so far and how were you able to overcome it?

Why not seek outside investment?

It's certainly possible that at some point we will consider outside investment. We do get approached with some frequency; we've come very close.

Taking outside money is a great thing for some companies, because for so many businesses, the answer is scale. They think that sales are going to help everything, and for some small businesses, particularly in the first few years, great sales do overcome a lot. They overcome a lack of rigor and management, because if you've got a lot of money coming in, you can make more mistakes.

But there are a lot of ways to grow. There's something to be said for a healthy business that's growing steadily and got positive cash flow.

What's your goal for the business in the next three years?

So much of this business is a race to the bottom, for profit’s sake. While profit is critical -- and we must continue to grow -- our goal has always been the same: to make the finest ice creams and dairy products in the business. It’s important to make the process be the thing. We believe and hope this is what distinguishes us and that people will over time recognize what makes McConnell’s so special, and this will pave the way for a successful future.

We have also been approached about a book, and we’re slowly working on that. 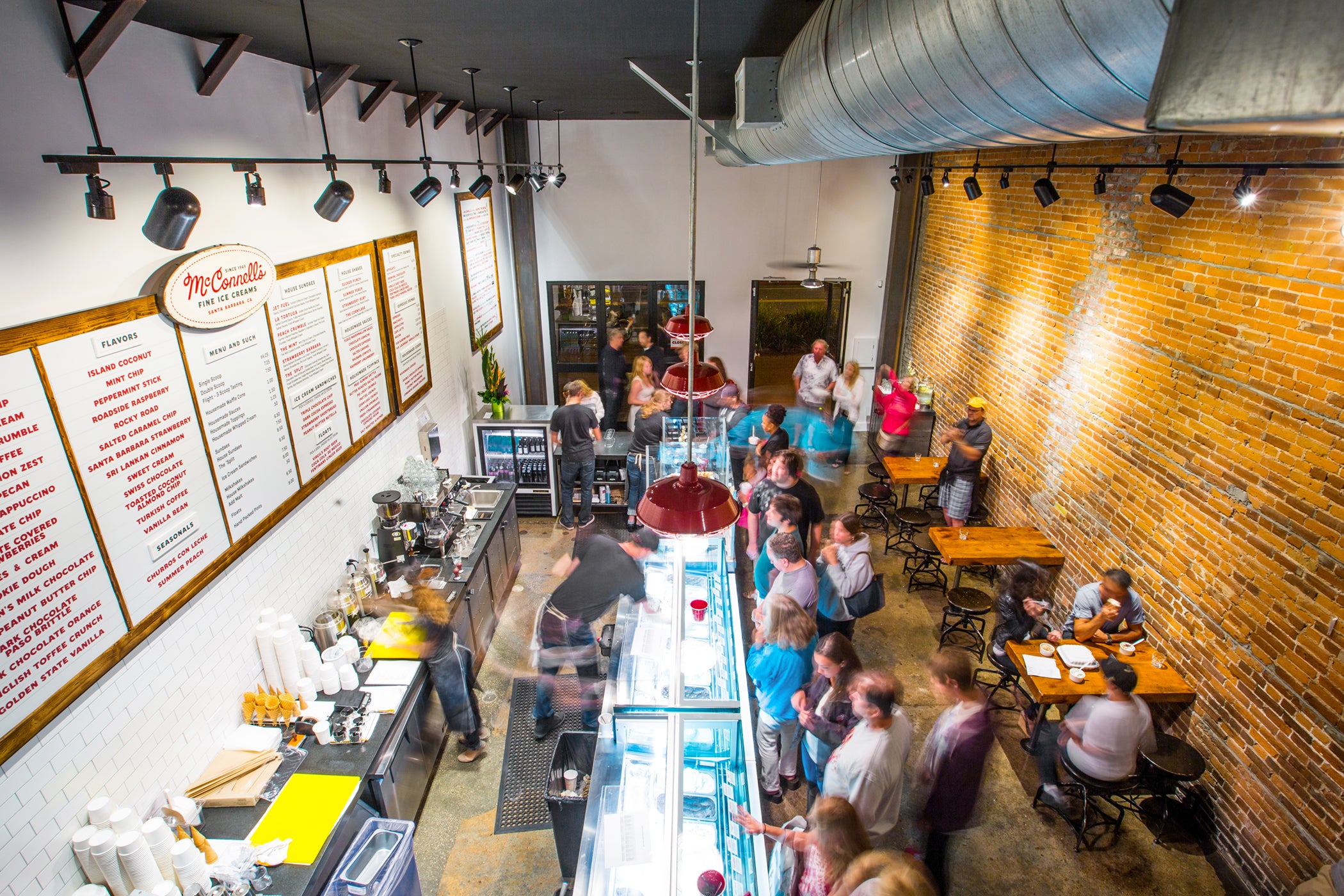 Are there parallels between ice cream and wine?

Food in general tends to attract certain people, and it's usually not the people who are attracted to technology, for instance. There's a nurturing thing about food. You're giving something you've made to someone else. I love the idea of growing things, whether growing grapes, which we then turn into wine, or taking a raw material like cream and then turning it into ice cream.

I am stubborn. I tend to look at the landscape of something I'm about to get involved in and learn as much as I can within reason about it. But you can only learn so much, until you're actually in the trenches doing that thing. Once I've made my decision, I stick to that decision until I'm convinced by my wife or more frequently my daughter that I'm wrong.

There is no entrepreneur that I've ever met who's had it easy. Everything looks like an overnight success. There's no such thing. You have to be diligent and committed. There's a lot more reasons why you can't do this than why you can. There are a lot easier ways to make a living. So a little bit of stubbornness helps.