Zume wants to lead the conversation about robots and human labor.

Robots and humans baking pizzas together -- in delivery trucks en route to people’s homes -- was just the beginning for Zume.

The Mountain View, Calif.-based company operates a pizza-delivery service, which launched in the Bay Area in September 2015. Since then, the proprietary technology it’s developed to manage inventory, optimize delivery logistics and roboticize cooking has become an à la carte menu for other businesses who want to incorporate aspects of its tech, whether they’re restaurants or kitchen appliance conglomerates.

In other words, Zume is a platform for food industry automation, literally from farm to table. Plus, consumers increasingly expect their food on demand, and restaurants struggle to keep up with the pace and the fees from third parties such as DoorDash and Uber Eats. Zume has filed more than 1,700 patents to address all of that and more.

The CEO, Alex Garden, doesn’t shy away from conversations about what these new automation technologies mean for food industry workers. 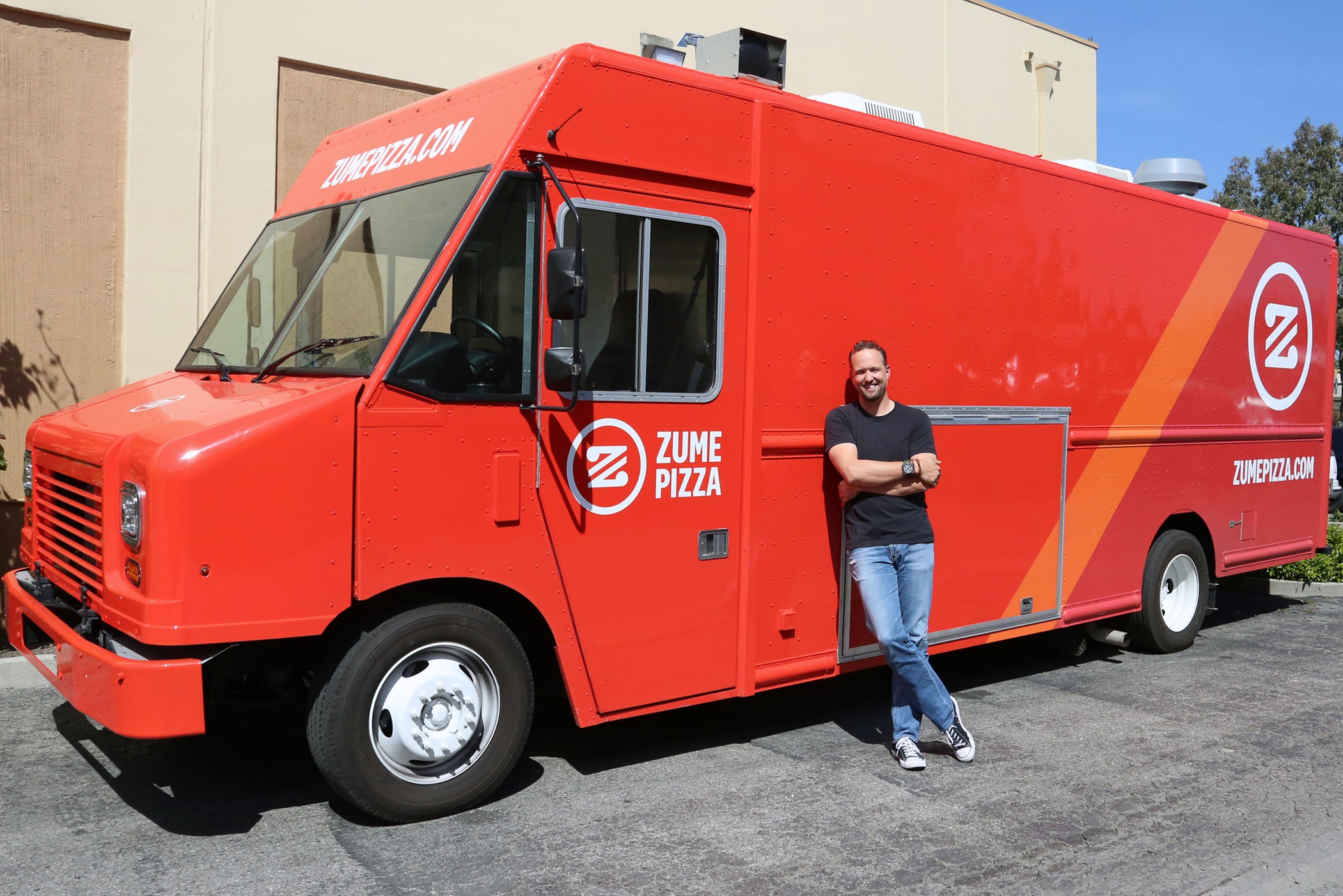 Read on about how Zume prioritizes career development for its employees, and why Garden -- a CEO who never went to college and has learned on the job throughout his entrepreneurial career -- isn’t afraid of bringing up the job-killing robotic elephant in the room.

1. How do you think about automation and the future of human labor?

We have a principle in the company that is hard core, and that is that automation and robotics exist to improve the quality of human lives. Every CEO is going to have to address this issue of how do we adopt these technologies and what impact will they have on our business?  I really want to highlight that it's not a fait accompli that there is a dystopian outcome or a great outcome -- but it is a choice.

Conventional wisdom for the last 200 years has been that you take the captured surplus from any innovation and you return it to shareholders. We're capitalists, we want to continue to run good businesses, but in this case, I think we have a higher responsibility, which is that as automation, robotics and AI change work, you need to take a significant portion of that captured surplus, and you have to return it to your employees and your customers.

2. How does Zume achieve that?

Our employees start at a minimum wage of $15 an hour. They get full medical, dental, vision benefits for them and their families. And anybody who's a full-time hourly worker, when they hit their six-month mark, they're eligible to become a shareholder in the company. At Zume, we use robots to do boring, dangerous, repetitive work so that our human employees can focus on things which they find safer and more rewarding and more fun.

But then it’s about, what do the folks who were doing that work want to do? Do they want to go work in data science? Sales? Customer support? Financial planning and analysis? And how can we work with them to help them get the skills?

Related: Gearing Up: When Will Robots Finally Take Over the Fast-Food Business?

3. I know that Zume Pizza trucks, for example, are all designed to be ‘co-botic,’ so that humans and robots can work side by side to bake pizzas en route.

It's all designed so that, if a robot decides to “take the day off,” because of some kind of problem, that a human can step in and do the work. We're always adding more automation, but we're only adding it in places where there's really no reason for a human to be doing that work.

The other day, for the first time in two years, we had a problem with the robot that takes the pizzas off the line and puts them into the oven. His name's Bruno. And it only took us two hours to fix Bruno, but it was a really inconvenient two hours. A couple of us jumped in to help shuttle pizzas, and of course we all got burnt. And we were like, “Oh yeah, I remember why we did this.” 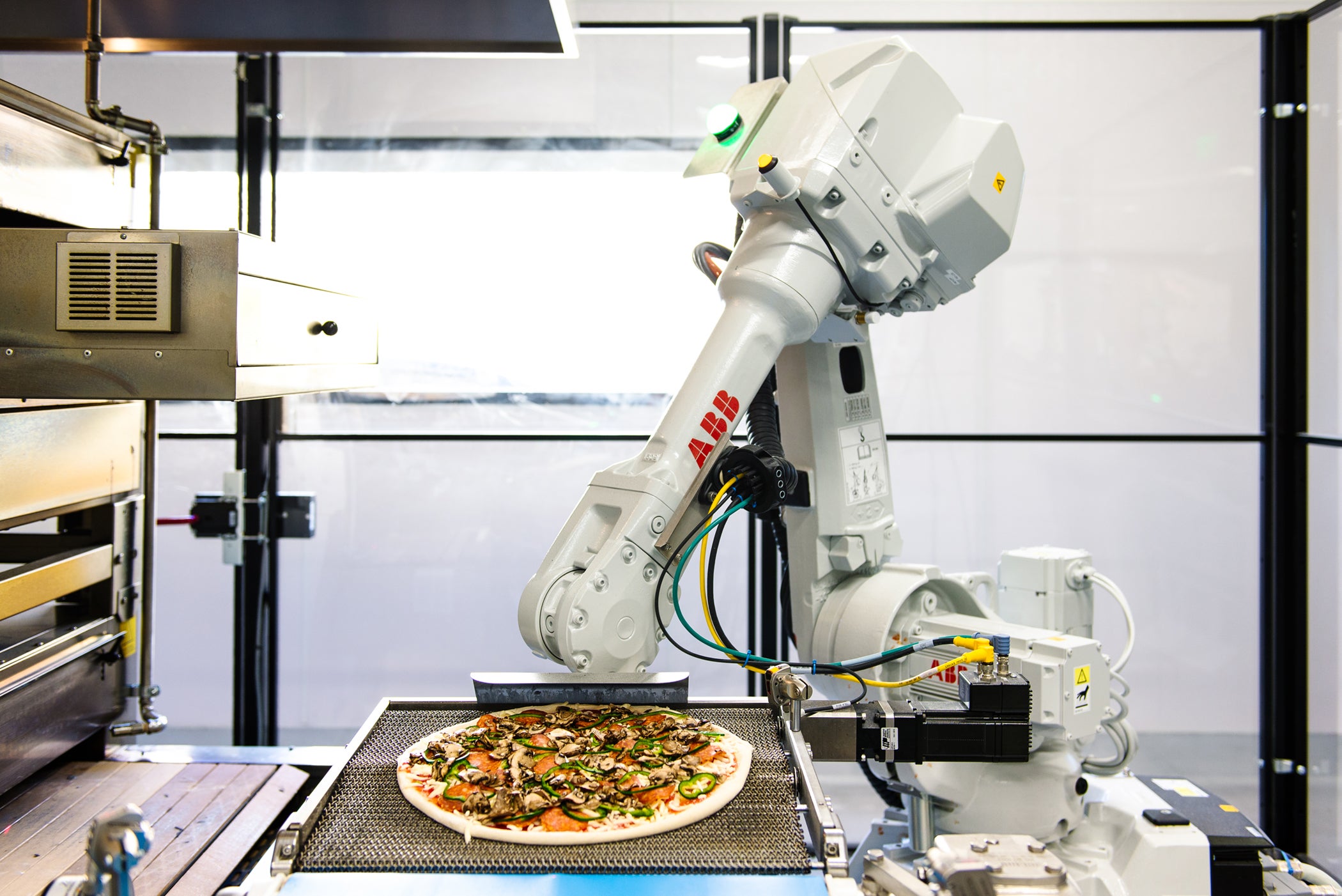 4. What will your role be in retraining displaced employees?

We make it a conversation, because every human is different. One person who started working in our kitchen is now the administrator for almost all of the kitchen back-office functions. In some cases, it's language skills that they have never been given an opportunity to develop. Sometimes it's “how do I work Microsoft Office?” or “What are the basics of finance and accounting?”

5. How do you anticipate retraining at scale?

If we go ahead and disrupt a big category where, currently, people are making minimum wage, it's fair to say that eventually -- and we're talking years and years from now -- we may result in an absolute number of fewer jobs like that. What we will do along the way is, we're going to create a ton of new higher-paying jobs. So, who takes care of the robots? Who's responsible for repairing them and cleaning them? And designing them? And a hundred other jobs in between that don't exist today.

6. Can you talk more about how you decide whether something is worth automating?

Recently, [Elon] Musk came out and said that humans are underrated and that he wished they had done less automation on the Model 3 production line. I read an article in The Wall Street Journal that said that Tesla is repeating the mistakes of automakers in the 80s -- they went all in on robots, and it almost killed them. We take it for granted how sophisticated humans are.

So then you think, people get the flu, people decide not to come to work sometimes, people make mistakes, people forget things, so, of course we want to use robots. But to get a robot to do even a tiny constrained fraction of what a person is capable of is just an astonishing amount of work. So, you have to think about: Have you constrained the work enough that you could successfully automate it, and how much do you have to invent to make that possible? As a CEO, you also have to have a conversation about, how will this impact people -- folks who work for your company as well as your customers?

7. Some companies that rely on automation don’t go into depth to refute the idea that robots are job-killers, but you readily bring up the elephant in the room. Why?

I recognize there's risk involved in getting right to the center of the conversation, but I believe that we have a responsibility which goes beyond just returning money to our shareholders. I mean, we're a business, we have to make money, we have to justify and respect the investment our investors have made.  But I think, if we are successful, we can become an example to other companies of what they can achieve.