Alpine Start landed in sports retailer REI when it was still selling its instant coffee out of plastic baggies.

Alex Hanifin quit her job in January 2016 to launch her instant coffee startup, Alpine Start. She didn't have to wait long to receive vindication of her decision.

About three months had passed since the company's launch, and she and her co-founder Matt Segal, a professional rock climber, were still selling coffee out of Ziploc bags. Hanifin then got a call. It was from REI, the sports retailer with about 150 locations. The company was interested in Alpine Start's product. Hanifin told the retailer they were still figuring things out, but were interested in working with REI in a test region. The retailer called back the next day and said it wanted Alpine Start in all its locations.

"I was in my car at the time, and I'm not kidding, my windshield shattered while I was on that phone call," says Hanifin, who is also the company's CEO. "I think there was a temperature flux -- it was one of those spider-web-looking things. It was just a funny moment." 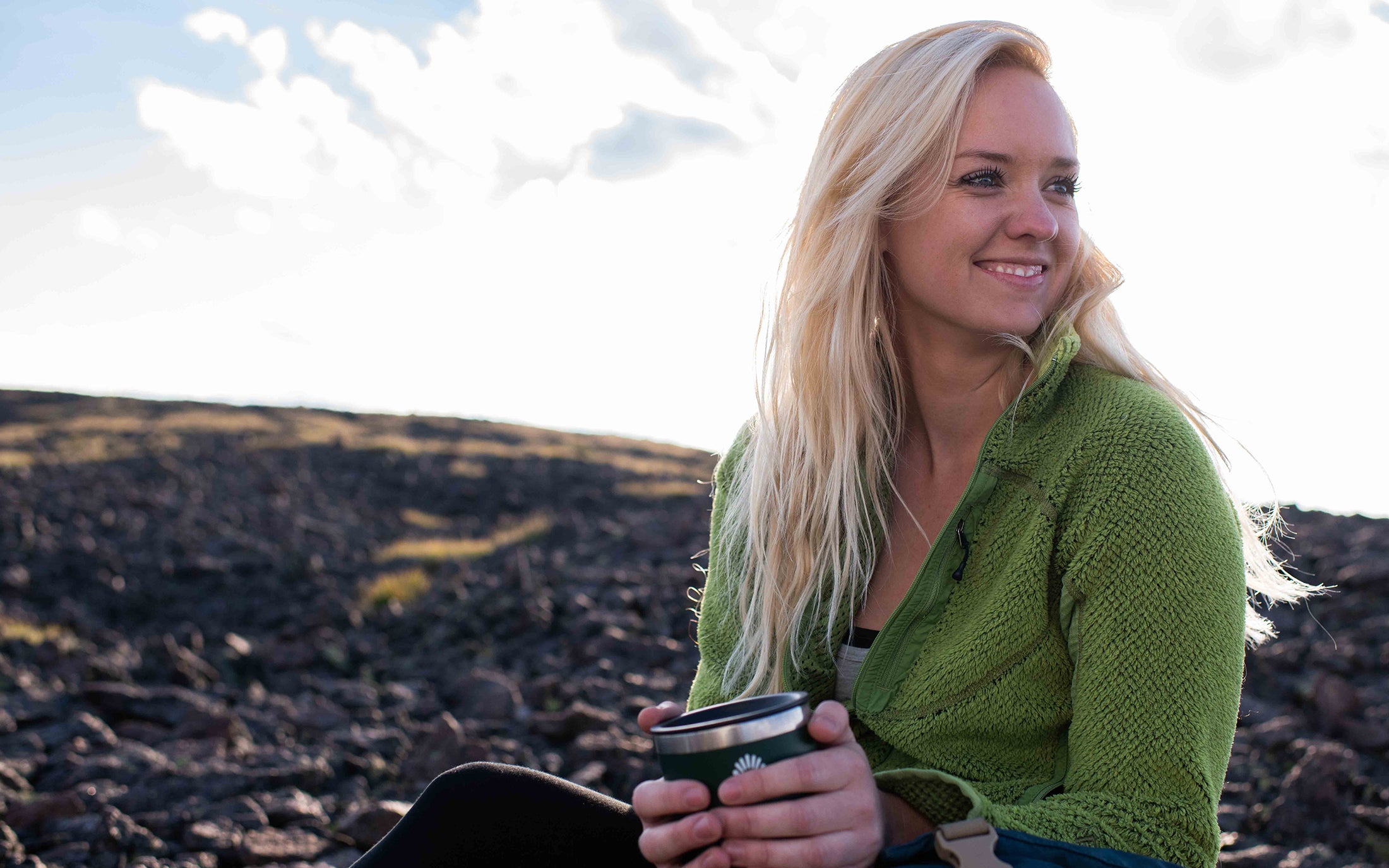 Alpine Start hustled to find a manufacturer to create its coffee, and got its packaging together. Just seven months after Hanifin quit her job, the brand launched in REI on the Fourth of July. Soon after, other retailers, including Whole Foods, came calling.

The universe didn't align to help Alpine Start succeed. Hanifan attributes the startup's success to creating a good product in a category waiting to be disrupted and a strong network that includes food and beverage CEOs who served as advisors.

"We set ourselves up in a lucky way," Hanifin says. "My biggest advice to entrepreneurs is to build your network. So many entrepreneurs are focused on hiding in a hole and just staring at their computers. You've got to get out there. You've got to meet people. That's where our luck came from."

She says she taps her network for a range of needs, from help with scaling to introductions to retail food buyers. Hanifin's tendency toward networking also extends to potential customers: Alpine Start employs an ambassador program to help spread the word about the brand.

Related: Do You Drink More Coffee Than Elon Musk, Mark Zuckerberg and Other Creative Leaders?

"The ambassador program is so cool because people are just so genuine and passionate," she says. "I love hearing the stories of how people are using our product."

Hanifin had worked in the food industry in Boulder, Colo., for about 10 years before striking out on her own, with stints at brands including Justin's and Boulder Brands. She's also the vice president of the board of directors at Naturally Boulder. When Boulder Brands was acquired by Pinnacle Foods (acquired by Conagra this year), Hanifin got the itch.

"I hit the point where I just needed to spread my wings," she says. "I'm very much of an entrepreneurial spirit and just working in that large of a company wasn't doing it for me." 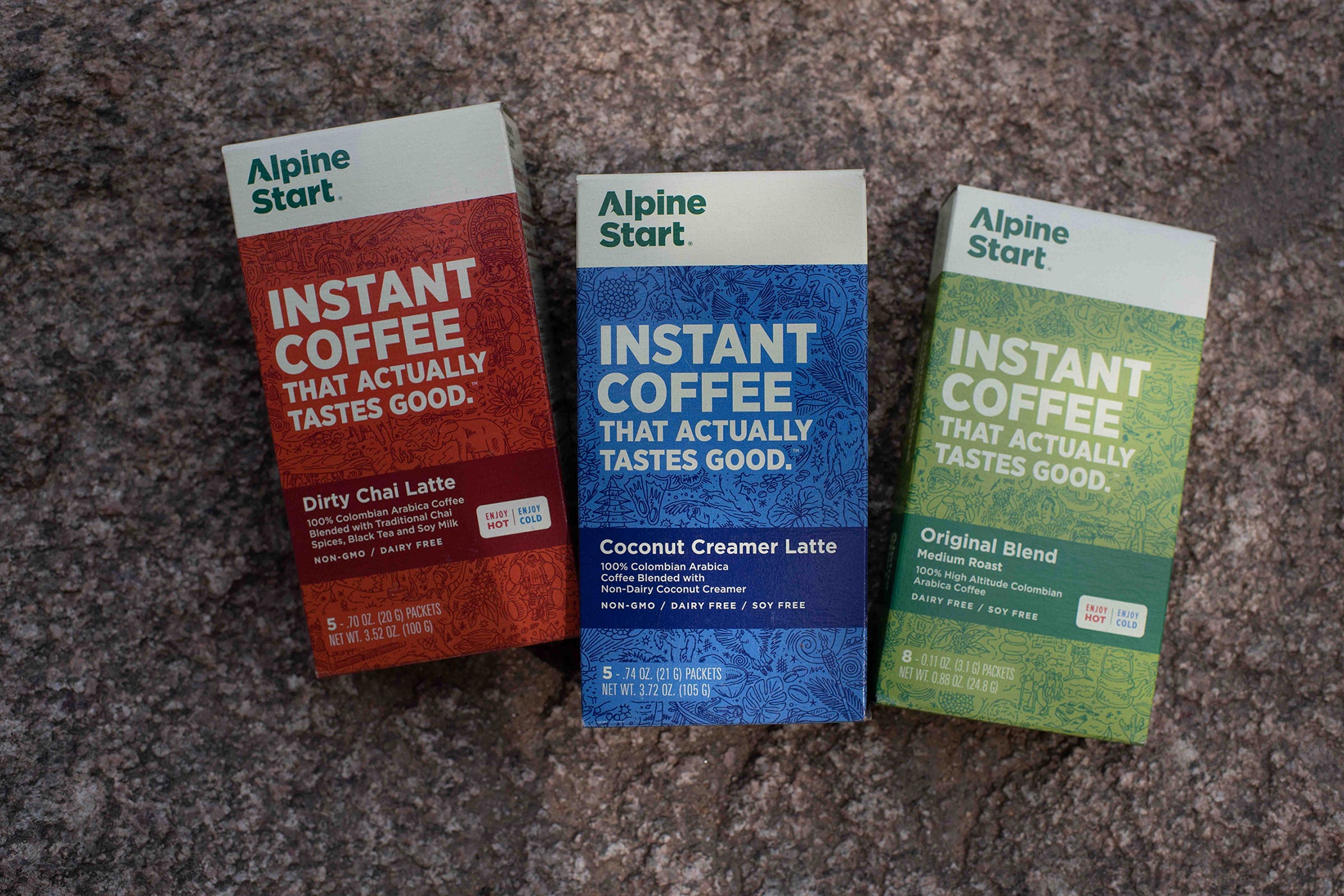 She and Segal, her former roommate, focused on their own needs as outdoor enthusiasts and a lack of innovation in the instant coffee category, which reached a value of $10.4 billion in 2017, according to IMARC Group, with most of the consumption by Americans. Hanifin looked at data on the category and realized the potential was huge. But first, they had to figure out what instant coffee is, and how to make it.

"It's not something you can just make in your kitchen," she says. "We tasted a lot of really bad instant coffee. Every time we tried a new one it was a little bit better. I just remember the moment we both looked at each other, and we were like, 'This is it.'"