Will this be the hottest gift of the holiday season?

When Nintendo lauched the NES Classic at the end of 2016, it immediately became that holiday season's must-have gift. Units of the $60 device sold out from stores and online merchants almost immediately, and unscrupulous retailers and re-sellers were offering them for hundreds of dollars a pop. Now, two years later, Sony is getting in on the action with a retro console of its own.

Related: Where Do Great Ideas Come From?

The PlayStation Classic will go on sale on Dec. 3, almost 25 years after it introduced the original PlayStation to the world. It was the first home console in video game history to ship 100 million units worldwide, and games such as Final Fantasy VII, Tekken 3 and Metal Gear Solid became instant classics.

Here's what we know about the console, via Sony:

The console will come pre-loaded with 20 classic titles, including fan favorites such as Final Fantasy VII, Jumping Flash, Ridge Racer Type 4, Tekken 3 and Wild Arms. The mini console is approximately 45 percent smaller than the original PlayStation, and it emulates the original’s look and feel by featuring similar controllers and packaging. All of the pre-loaded games will be playable in their original format.

Related: How to Stay Focused: Train Your Brain

In other words, it's almost the same formula Nintendo used for its bestselling device. That is, it's a miniature, hand-held unit with a similar look and controls to the original, and it comes pre-loaded with the system's most popular games. 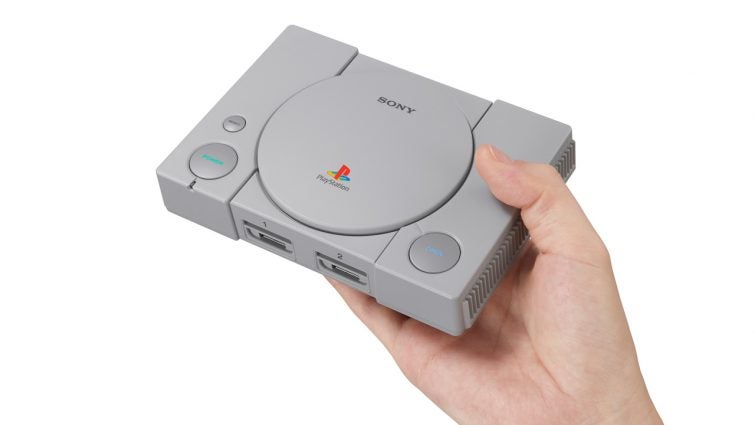 The PlayStation Classic is available for pre-order at select retailers for $99.99. Visit PlayStation.com for more details and the full lineup of titles.