What Did American Consumers Want From the Maker of Cup Noodles and Top Ramen? Hats and Shirts, Apparently.

Nissin, the Japanese maker of instant noodles, which first came to the U.S. market in 1970, has made a concerted effort to listen to U.S. consumers for the past three years.

Consumer food preferences are changing, with younger people demanding healthier and fresher options. But when you're young and/or on a tight budget, one of the most popular options has remained some dry noodles and a packet of sodium that you can buy for less than $2.

Nissin Foods, maker of Cup Noodle and Top Ramen, has been one of the top purveyors of cheap instant noodles (a market that had U.S. sales of $1.7 billion in 2016) since the company's introduction of the category in 1970. Its products' association with struggle is not one the company shies away from.

"It's not uncommon for people talk about the experience that they had with the brands helping them get through college or get started in their careers when they were living in New York City and not making much money," said Leslie Mohr, VP of marketing at Nissin Foods. "So the brand played a role in people's lives that go beyond just the noodles in a cup."

About three years ago, the Japanese company decided to invest in marketing to its American market and brought Mohr, who had spent 14 years at Nestle, on board. Mohr told Entrepreneur that over the past three years, she and her team have been listening to and engaging with Nissin's American customers. What did they learn? Well, for one, people like the products and don't need them to jump on the better-for-you bandwagon.

"Consumers tell us that they love the products because of their taste, and they find a lot of comfort in it," she said. "It is to a great extent a bit of a guilty pleasure for consumers. To take it all the way to a healthy, clean-label product is just not in the best interest of the brand."

But, Mohr added, the company is making an effort to make the noodles less bad for you -- one serving of Top Ramen contains about a third of your daily sodium intake, after all. Nissin removed the oft maligned (but actually OK) MSG from its ingredients, transitioned its artificial flavors to natural ones and lowered sodium levels to the point where its products are now the lower sodium option compared to its competitors, she said. Last week, Cup Noodles introduced its first vegetarian option.

Related: How the Rifle Paper Co. Founders Turned a Side Hustle Into a Thriving Lifestyle Brand 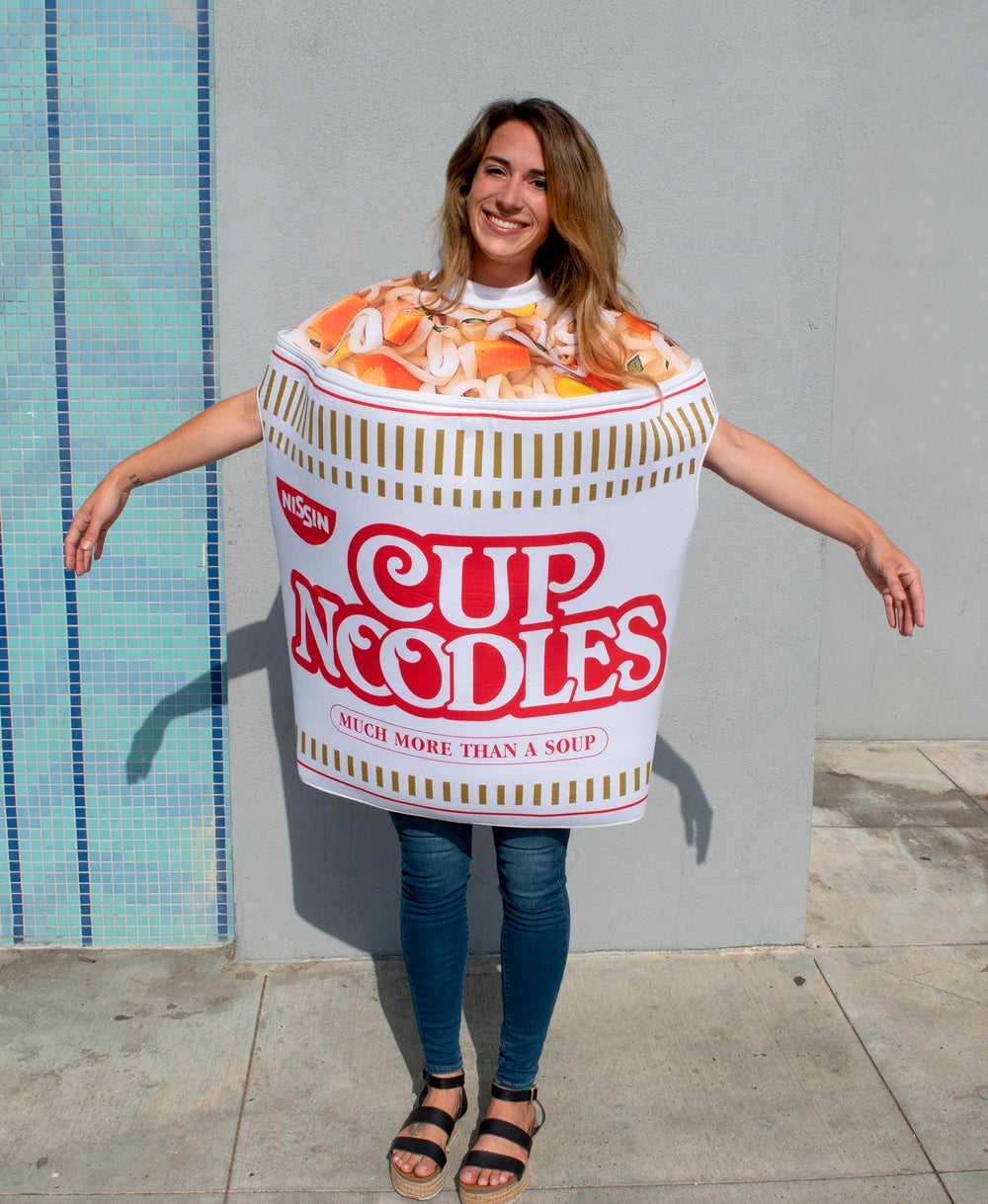 These things will certainly help with Nissin's steady sales. But that's not where the company believes its growth lies. Taking a page out of the handbook of Elon Musk and many before him, Nissin today has launched a permanent online store to sell branded merchandise, including t-shirts, hats, mugs, pillows, onesies and Halloween costumes. A Cup Noodles swimsuit is even in the works.

"Consumers don't just look at Cup Noodles and Top Ramen as products," Mohr said. "They actually look at these products as lifestyle brands. … I had no idea that people really wanted to wear a Top Ramen shirt. We put it out there and the response has been overwhelming."

The company's dialogue with its American customers provided more insights: people want Nissin to embrace its Japanese roots. For one, that means the introduction of Asian flavors including chicken and beef teriyaki and sesame chicken. It also means a closer association with video games.

"We have been doing a lot of promotions in the gaming world to start associating our brand with gamers," Mohr said. She said the brand appeared at EVO, Comic Con and PAX, popular events for gamers.

Related: These Entrepreneurs Are Putting Ads Inside Your Fortune Cookie

All of these initiatives started because Nissin realized it could do more with the American market.

"A lot of times you look at older brands or nostalgic brands, and you have the potential for the brands to get a little out of touch with the consumer," Mohr said. "I applaud Nissin for realizing that that was happening to their brands here in the U.S. We've looked at the brands through a different set of eyes and discovered all the great opportunities to be more than just a cheap noodle product."