Many have tried to launch a new sports league. Few have succeeded. But that hasn't discouraged the star, who's trying to revolutionize his sport by competing against the league he once played for.

By Patrick Carone May 30, 2019
This story appears in the June 2019 issue of Entrepreneur. Subscribe »

Lacrosse may not be the most popular sport in America, but this summer it may beat everyone else out for sheer business drama. The sport has been dominated since 2001 by an organization called Major League Lacrosse (MLL), and its most famous player was Paul Rabil. But Rabil was frustrated with his old league. So he hung up his cleats and, along with his brother Mike, decided to launch a competitor. Their new Premier Lacrosse League (PLL) kicks off on June 1, with games airing all summer long on NBC. They poached many of MLL’s greatest players and are pursuing a totally new approach to teams: Rather than have teams based in cities, the way MLL (and most major pro sports leagues) does, PLL’s six teams have no local identities. Instead, they’ll all tour the country together -- arriving as a group in one city, playing each other, and then moving on. Rabil knows he’s up against a lot -- but with the backing of investors, and nationwide exposure, he’s plotting a big future for his up-and-coming company … and his sport.

Related: Chris Paul: 'I Had $151 in My Bank Account When I Declared for the NBA'

Where did your love of lacrosse begin?

I first got a stick when I was 12. My neighbor gave me his backup equipment, and I remember playing for the first time and being so bad that I wanted to quit. My mom would drag me to practice once a week until I finally caught on.

She had the wisdom to know that when a 12-year-old experiences a little bit of failure, they’ll want to quit. She said I had to honor my commitment through the first year -- and I eventually began to get better.

And now you have a major influence on the sport in general. What are you risking personally by launching this league? 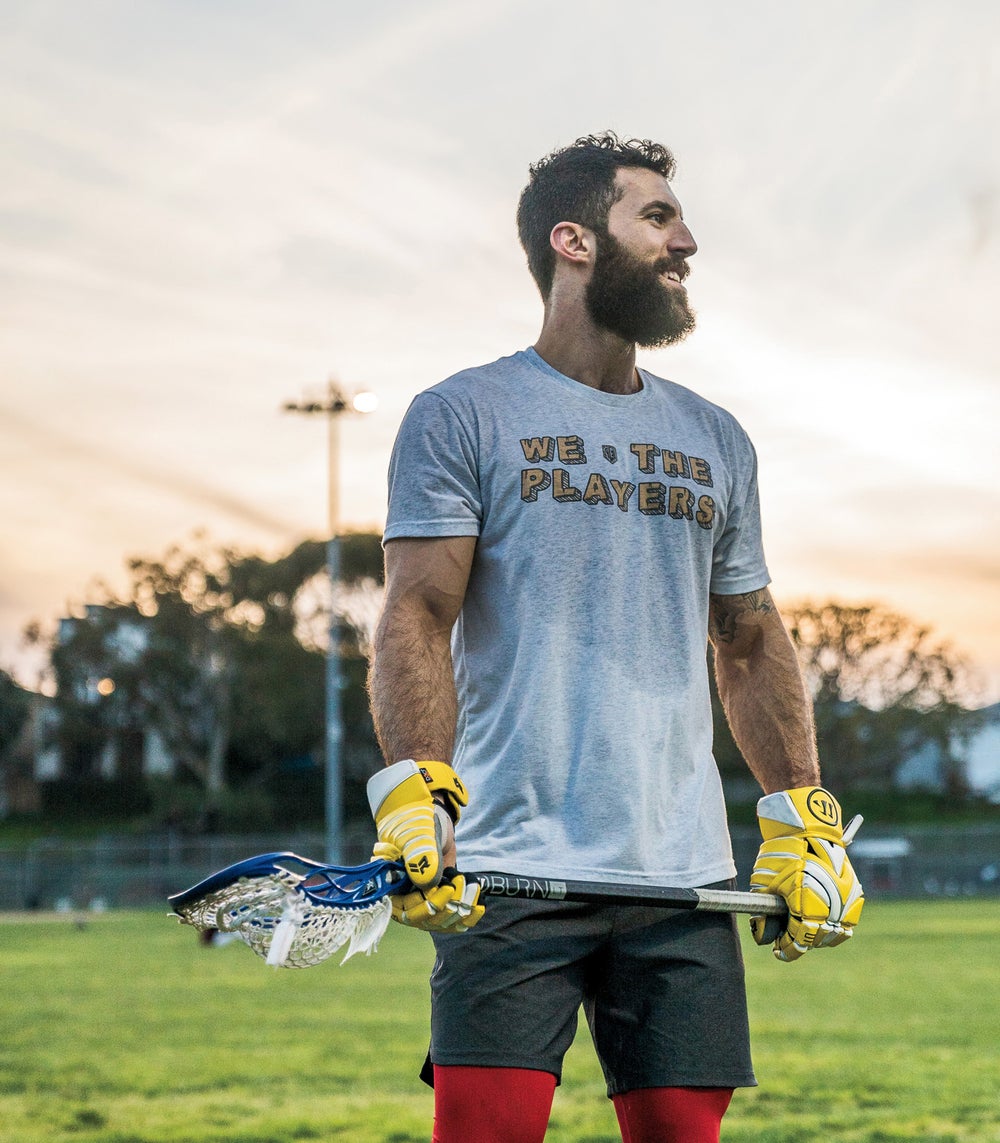 You’re taking on Major League Lacrosse, which you played in for the past decade. What’s the relationship there?

We spent about six months meeting with the owners of MLL to try to purchase and reformat it to our tour-based league. We couldn’t agree to terms, so we pursued our strategy of building from scratch.

Where did that idea come from -- touring with a small group of teams, instead of having teams based in different cities?

The NFL, the NBA, the NHL, and MLB are all in 30-plus markets, so most people have a team near their city. If we tried to do that with our six teams, we’d be a very localized league. My brother and I looked at which 21st-century leagues had succeeded -- the UFC, Professional Bull Riders, the World Surf League -- and they’re all tour-based rather than city-based. We knew there was an untapped market opportunity.

So how did you sell investors on this? You’re launching a business that has a high rate of failure -- the Alliance of American Football (AAF) is suspending operations as we speak, and it hasn’t even finished its first season.

You’re right, building a pro sports league is certainly high risk. But while the AAF is a startup league and we’re a startup league, our propositions are much different. We have the best players in the world, which is more in line with the NFL, the NBA, MLB, and the NHL. We’re building a business off the revenue that can be generated from star players and competition. Ticket sales, media, corporate sponsorship, youth sports activation -- those are our revenue opportunities, and we had to have a very tight, near-term plan that demonstrated how we could roll this out in 2019, 2020, and 2021, as well as where the future enterprise value was.

Still, did you acknowledge the risk up front?

One of the natural points of contention we heard in investor meetings was “Why hasn’t this worked with the existing pro league?” We pointed out the aspects of the competitor’s business model that differ from our own: They are city-based and, due to their distribution strategy, have had very few eyeballs on the core product on the field. We can boil our business down to two industries: live events and media. Those are meaningful businesses that have attracted a lot of venture capital in the past decade. There’s a real economic trail to prosperity.

You mentioned that your league has the top talent. That’s because you recruited away many of MLL’s stars. How?

Players had been, on average, getting paid $8,000 to play an entire season of professional lacrosse. Not $8,000 per game; $8,000 for an entire season. There was no access to healthcare, and the accommodations were below the bar.

That salary is shocking.

There’s this assumption that if you’re a professional team-sport athlete, you’re getting paid millions of dollars. It was quite the opposite in professional lacrosse. So when we built our pro forma for investors, we had to build a business model that could justify paying our players more, solving for healthcare challenges, and offering our players equity in the business.

I’m sure that as a player yourself, you knew what it would take to attract talent.

I had to create ancillary revenue streams to support an $8,000 wage [as a player]. So besides initially working for a real estate company, my brother and I opened a gym together, a camp clinic business, an online instructional series -- we were both entrepreneurs at heart. Then I got an endorsement with Under Armour that gave me some leeway to play lacrosse full-time. 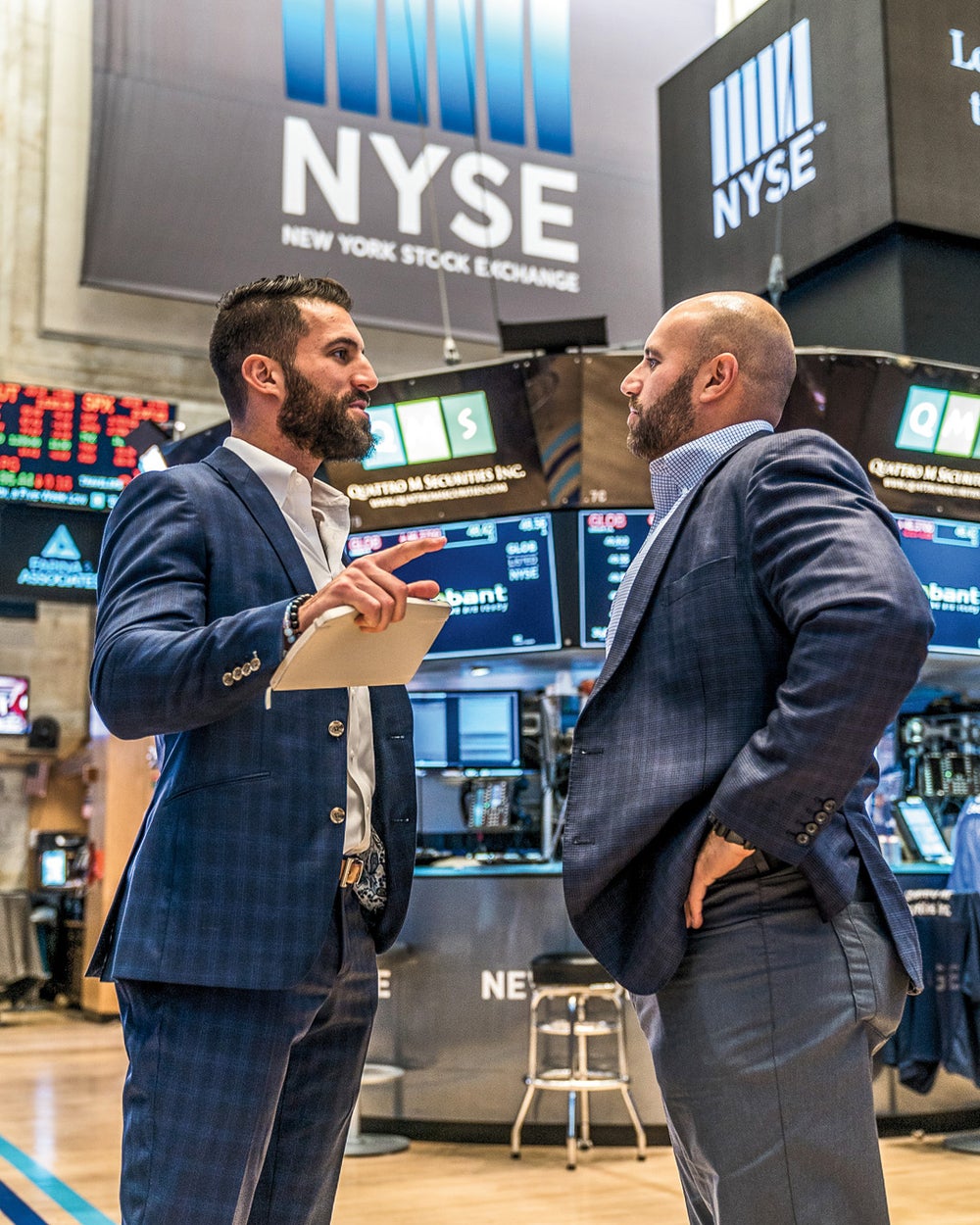 And eventually you became the game’s first million-dollar athlete.

The experience I had as an entrepreneur in lacrosse -- having worked with a number of corporate partners and networked with other sports business executives -- I saw where [other] leagues and teams were winning at leveraging new media and tech, and I saw where our sport wasn’t. You have to be incredibly versed in the industry that you’re aiming to disrupt if you’re going to have the confidence to go out and do it.

Related: How Michael Strahan Took Control of His Post-Football Career

To grow your league, I assume you can’t just rely on serving existing lacrosse fans. You’ll need to create new ones. What’s the plan for that?

We studied the NHL in the ’90s, when they were trying to figure out how to get non-hockey fans to watch a game on TV. Because it’s difficult to track the puck, they experimented with a lot of different graphics to improve it. We’re exploring different color palettes for the ball so it gets picked up on screen better, and using a higher number of cameras to improve angles and showcase the game at its finest.

Patriots head coach Bill Belichick is a mentor to you. Did his advice leave a mark on PLL?

We’ve talked about what the NFL does well -- from broadcast distribution to capturing behind-the-scenes content -- and explored best practices of what he does as the most successful coach in all of sports history. A lot of that has embedded itself in our vision.

Your new league will play its first games in Boston, on Belichick’s home turf. Will he be there?

I hope so. We sent him some PLL merch. 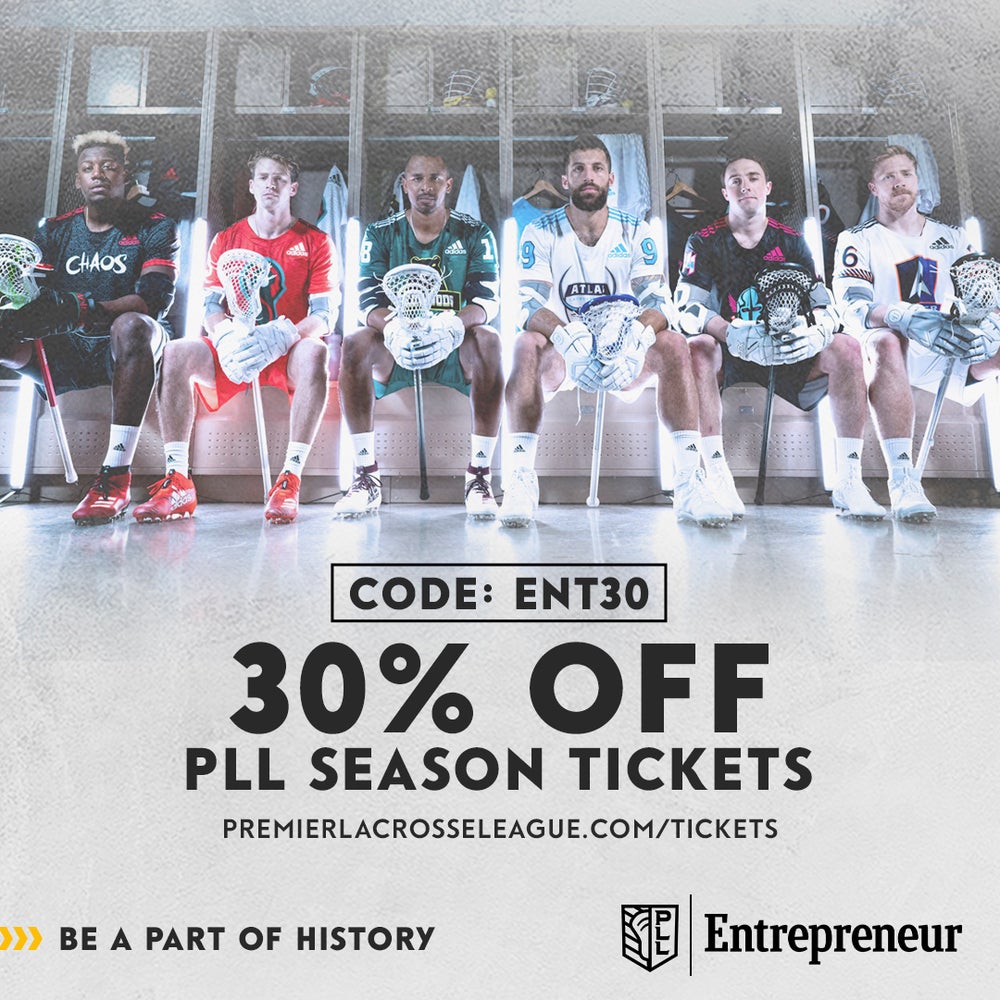 3 tips you should read before diversifying your business

5 Types of Diets for Healthier Eating