'Digit' is a two-legged robot designed to get your delivery from a car to your door.

By Rachel England May 22, 2019
This story originally appeared on Engadget

Autonomous deliveries and self-driving vehicles may be the future, but there are still a few gaps that need to be addressed -- namely that it's not always possible for people to leave their homes to retrieve deliveries from the roadside (and if you're hungover and ordering take out, you definitely don't want to). Ford is working on a solution for this final stretch, though, and it's come right out of a sci-fi movie. 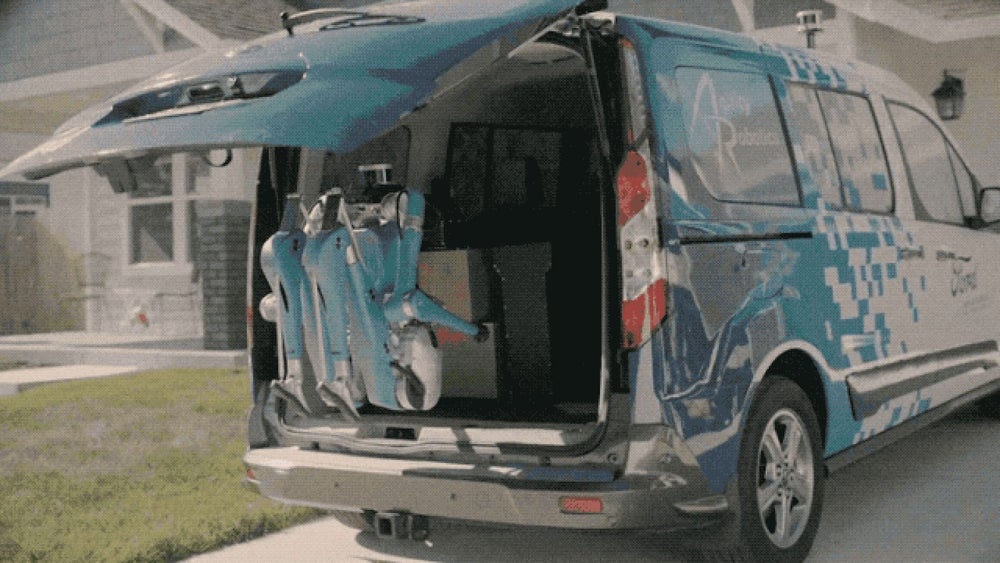 "Digit" is a two-legged robot created by Agility Robotics, designed to get your delivery from a car to your door. Announced earlier this year but now operational, the robot folds up in the back of a self-driving vehicle, ready to unfurl itself in a Lovercraftian manner when it arrives at the delivery destination. According to the press release, "Digit not only resembles the look of a person, but walks like one, too." We'll let you make up your own mind on that one. 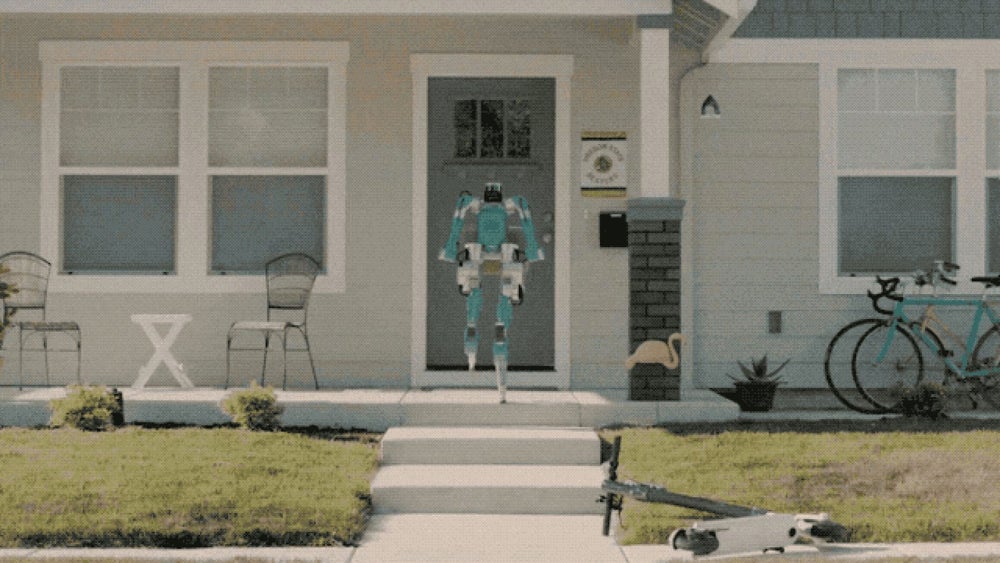 Digit can lift packages that weigh up to 40 pounds, walk up and down stairs and across uneven terrain, and can maintain its balance in the event of a bump. It makes the journey from the car to the door by tapping into data obtained by the self-driving vehicle. The car builds a detailed map of its surroundings, then wirelessly shares that with Digit. Through this data exchange, Digit and the vehicle can even work collaboratively to identify the most efficient delivery pathway.

Digit looks creepy, there's no two ways around that. But it might not be that long before you see the robot -- or some kind of iteration of it -- scuttling around your neighborhood. After all, a number of U.S. states have formally permitted the use of delivery robots on sidewalks, and numerous other companies are working on -- and have launched -- their own autonomous delivery solutions. None of them look quite like Digit, though.

A Nevada Woman Intended to Buy One House, but an Administrative Error Gave Her a Whole Development