The latest release of iOS is packed with new apps and features across the camera, maps, messages, memoji, Siri and a lot more.
Next Article


Another year, another jam-packed new iOS release from Apple.

Here's what else you can expect from iOS 13, which will arrive this fall. 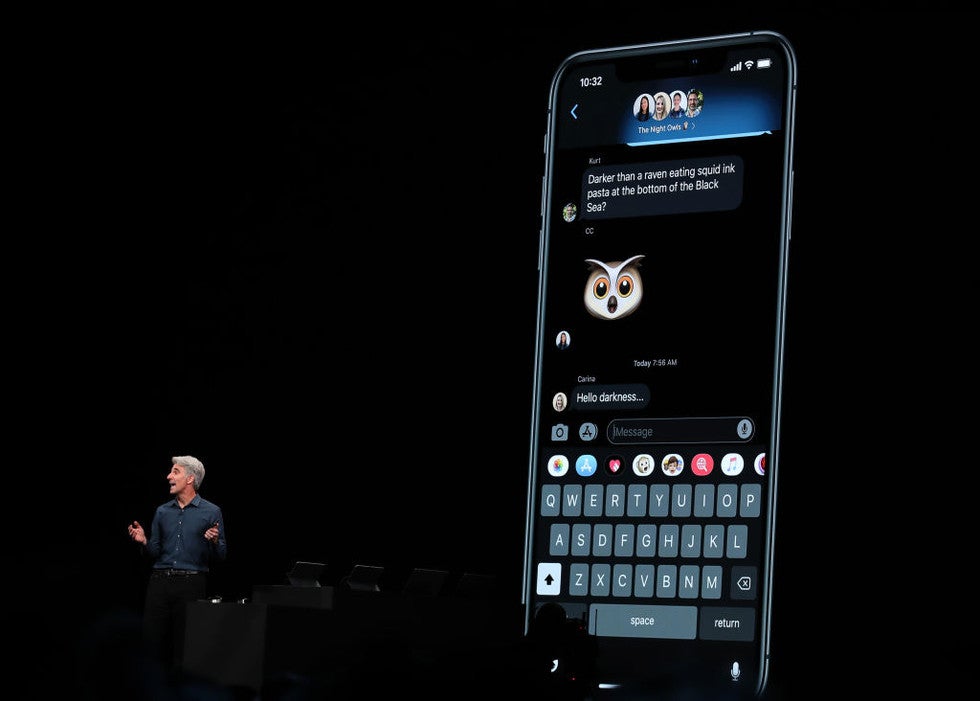 One of iOS 13's headlining features is dark mode at an OS level rather than app level. The setting will darken the background across iOS, from Messages to Reminders to the home screen.

If iOS 13 has another big theme, it's privacy. The company is doubling down on its reputation for privacy in the latest mobile OS release by building in more data controls across the experience.

For the first time, you can share your location with an app just once and then require permission the next time it wants it. Apple will also give you regular reports showing which apps are tracking you, and shut down loopholes like Bluetooth and Wi-Fi scanning. Oh, and iOS 13 will send unknown spam calls directly to voicemail.

Apple is also taking aim once again at Facebook with Sign In with Apple, which gives users a fast, easy way to sign into apps without third-party social tracking. The sign-in button is authenticated with Face ID to log users in without revealing any new personal info.

Going even further, Apple will also give users the option to hide their email and create a unique random address for each app that Apple will forward to your real email address.

New privacy features extend to HomeKit, where a new service called HomeKit Secure Video will analyze security camera footage on-premises in an iPad, HomePod, or Apple TV device before encrypting and uploading footage privately to iCloud, where it will be stored for 10 days for users to review. Home security footage won't count against iCloud data caps.

Finally, Apple is working with partners inlcuding Linksys, Eero, and ISPs like Spectrum to release HomeKit-enabled home routers that will automatically firewall off smart home accessories for an additional layer of security. 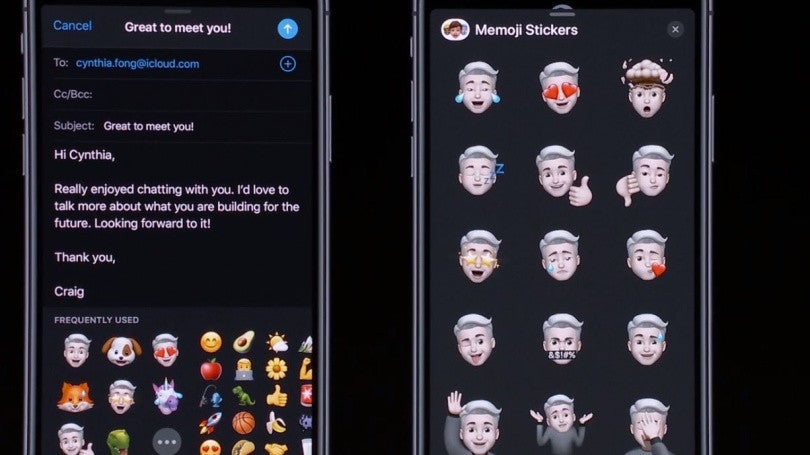 There are also updates and improvements to many of the flagship iOS apps. There's a new gallery view in Notes, an improved interface for Reminders, and improvements to Safari and Mail. However, some of the biggest additions are in Maps, messaging, and Memoji.

In Apple Maps, there's greater detail in everything from buildings to topography, which is rolling out in the US by the end of the year. A new Favorites bar at the bottom of the Maps home screen lets users tap and go to starred locations, as well as save points of interest into "Collections." The top right of the map also shows a new binocular icon to open the "look-around window," a Google Street View-like feature letting users tap around and explore locations in a high-def 3D view.

On the Messages front, Apple is integrating animoji and memoji deeper into the experience. When users share names and photos, they will also have the option to share their animoji with each other to use as the contact photo, and customize them further with new makeup and accessory options, from hats and glasses to bespoke AirPods.

Apple is taking aim at Snapchat as well with a new Bitmoji clone feature called Memoji Stickers to create and share sticker packs of your virutal avatar within Messages with one tap from the keyboard. 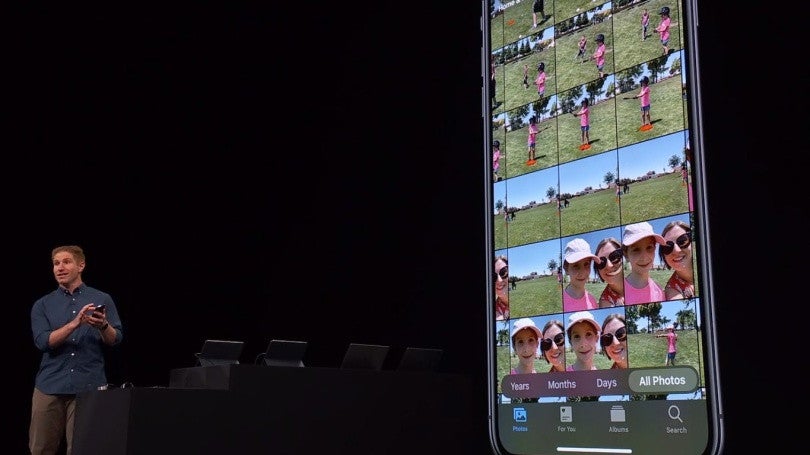 Apple always showcases camera and photos app improvements at WWDC, and this year is no different. In iOS 13, iPhone cameras can take advantage of a new Portrait lighting feature with high-key mono effect, where users can adjust lighting intensity by virtually moving a light closer or further away from a subject.

Yet the biggest addition in the Camera app is the ability to edit videos. For the first time, iOS 13 users can rotate videos, and apply the same filters and effects as photos.

The Photos app is being redesigned with machine learning to remove duplicates and clutter with a new pinch-to-zoom mode, plus a new organization tab at the bottom of the screen to sort photos into days, months, and years. The app will surface photos and organize days based on events you attended in past years, using ML to customize how your photo and video memories are displayed.

Finally, Apple announced improvements to Siri across iOS, from iPhones and AirPods to HomePod and CarPlay.

When you're wearing AirPods, Siri will now announce messages or incoming iMessages from other messaging apps. There's also one-tap audio sharing, which you can send to other iOS users or to your HomePod, which is now enabled with Handoff.

Siri on the HomePod will also now be able to recognize which user is talking and play music based on each speaker's history and preferences. The smart speaker will also be able to play live music from more than 100,000 radio stations. On CarPlay, there's a new dashboard that now works with third-party apps such as Pandora and Waze.

Siri is also sporting a smoother, completely software-generated voice based on neural text-to-speech for more natrural cadence and emphasis, plus an improved Siri Shortcuts app now built into access shortcuts. This includes a new Suggested Automations feature to take your habits and personalize them with Siri.