Meet the Miller Lite Cantroller, a Gamepad That's Also a Can of Beer

It's a beer can, it's a game controller, it's a very strange piece of promotional material.
Next Article


I've seen a lot of strange game controllers in the past, but a beer can is new to me.

MillerCoors of all companies is dipping its toe into gaming at E3 2019 with the introduction of the Cantroller, a full can of Miller Lite that's also a Bluetooth gamepad. It'll be on display and available to win in honorable combat with Eric Andre in Los Angeles this week, but Miller representatives brought it to the PCMag Labs last week to give us an early look.

The game controls are on the other side of the can, all arranged with flat membrane buttons that don't affect the profile of the can itself. It's as simple as you can get, just a direction pad and four face buttons in a Nintendo A/B/X/Y configuration, with Start and Select buttons. The direction pad and Start and Select buttons are all completely flat and click inwards, while the face buttons are slightly raised. The battery pack and Bluetooth transmitter is mounted on the bottom of the can, with a small ribbon cable running to the membrane panel with the controls. 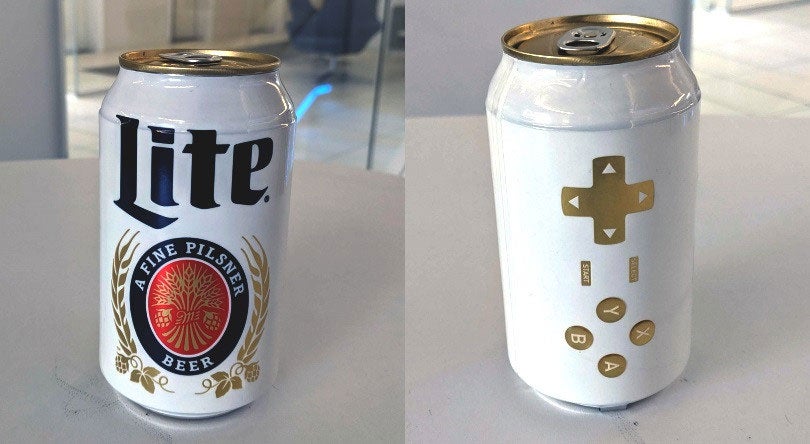 If you want your own Cantroller then you better be at E3 2019. This isn't a retail product, and Miller only made 200 for distribution. The only way to get a Cantroller is to win it in battle on Thursday, June 12 at an event held by Miller Lite. If you can beat Eric Andre at Street Fighter V using the Cantroller, you might be able to walk home with one. Yes, that Eric Andre. And now I really, really want Hannibal Burress to start doing esports commentary. If you'll be around you can sign up at thecantroller.com.

I tried it out with the Sega Genesis & Mega Drive Collection on Steam, and I can say it definitely works as a gamepad! I played Sonic the Hedgehog with a beer can. It wasn't comfortable, because membrane controls are second only to touch-screen controls in terms of bad platforming inputs, but it worked. It even showed up in the Windows Bluetooth menu as "Miller Lite Can," which is hilarious. 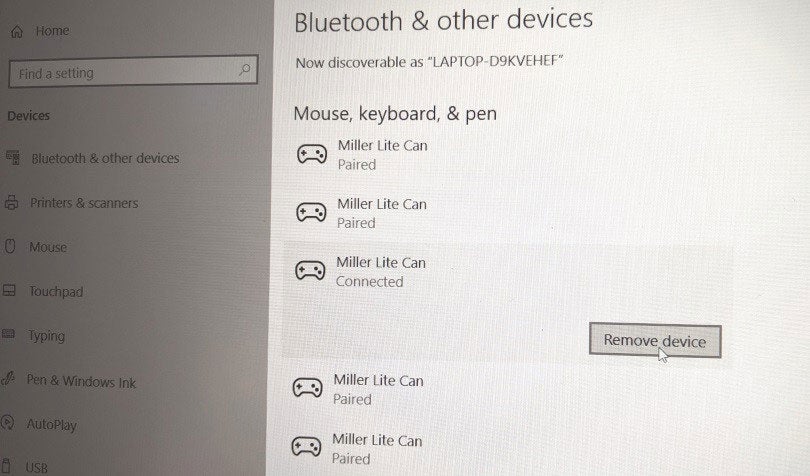 No, this isn't a good controller. Of course it isn't a good controller. Look at it! It has only a few buttons, and it's a beer can. I also can't recommend drinking the beer inside, because to avoid any sticky, stale beer smell you'll want to rinse it out after, and I don't think the electronics' bare ribbon cable and open micro USB port are IP-rated. But it's still an amazing controller, because it's so strange and unique.

I'm reminded of the Resident Evil chainsaw PS2 controller or the Dragon Quest slime PS4 controller. Goofy, unique, not comfortable to use but begging to be displayed on a shelf of gaming ephemera.

E3 2019 is shaping up to be nicely odd. Keep an eye here for our coverage of the show, and if you want to get a new game controller that isn't a gamepad, our guides to console and PC controllers will show you the plethora of options available to you.

You Made a Game, Great! Now Here's How to Make Money With It.