The 'Marrot' is a carrot made of meat that looks and tastes just like the orange vegetable.
Next Article


From venison, elk and duck to sandwiches with layers upon layers of meat and curly fries stacked on top, Arby's has offered some particularly unique products in the past.

Now the sandwich chain is flipping the vegan "meat" trend on its head, leaning into its "We have the meats" slogan and creating its most bizarre concoction yet: the "megetable," a vegetable made out of meat.

And Arby's new megetable, the "Marrot," is exactly what it sounds like: a meat-based carrot that not only tastes like the orange vegetable but has much of its nutritional value.

Conceptualized by Neville Craw, Arby's brand executive chef, and his sous-chef Thomas Kippelen, the Marrot boasts more than 30 grams of protein and more than 70% of the recommended daily amount of vitamin A.

INSIDER had a chance to taste the Marrot ahead of its public reveal, and it was shockingly reminiscent of a carrot in both taste and appearance. The turkey-based pseudo-vegetable had a sweet maple taste with earthy, herb-filled undertones. The only major difference between the Marrot and a traditional carrot was the crunch of the vegetable. Instead, Arby's megetable had a crisp, glazed coating with the tender interior of a well-prepared turkey breast.

I surprised myself by finishing the whole Marrot while sitting and chatting with Craw and Kippelen about the complicated, weeks-long process of creating the admittedly unorthodox product. Craw told INSIDER that Arby's playful decision to create the megetable was all about embracing what the restaurant does best.

"Creating the Marrot was really about staying true to our brand more than anything else," Craw said. "We really focus on how to connect with our customers and how to bring the best thing to the table."

As other brands embrace vegan "meat" by partnering with companies like Impossible Foods, Arby's has promised to never, under any circumstances, offer substitutes for real meat.

"Arby's is not one of the restaurant companies interested in working with Impossible Foods," Arby's said in a statement this May. "The chances we will bring plant-based menu items to our restaurants, now or in the future, are absolutely impossible."

And now that Arby's has created the Marrot, it appears the brand is moving in the opposite direction of many of its competitors. 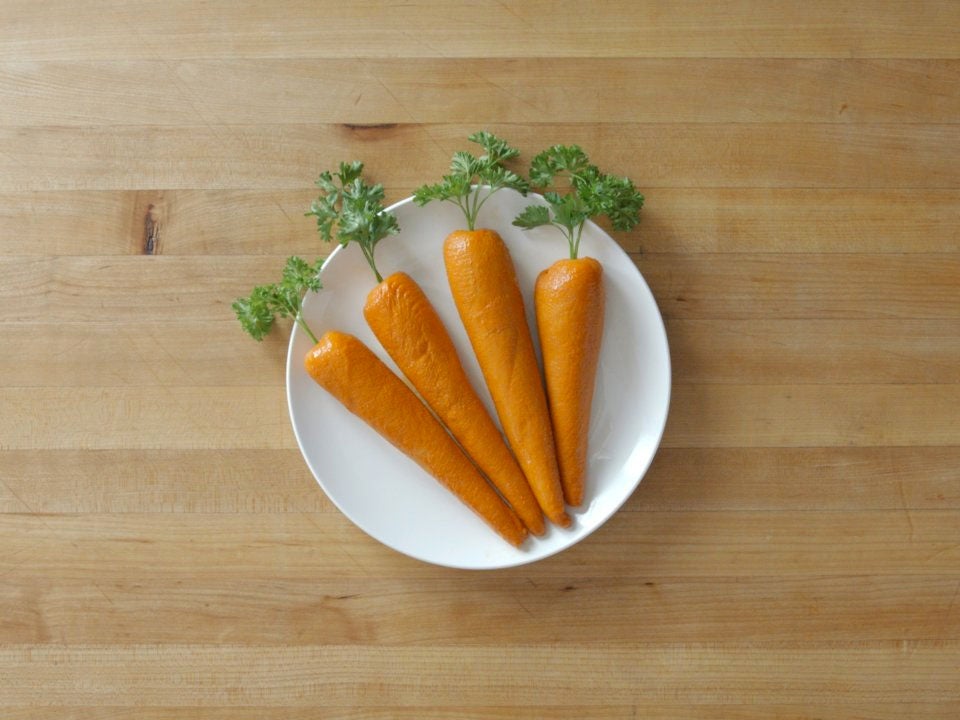 Craw said the Marrot was designed to be simple to make at home or on a large scale, adding that he feels "pretty good" about the chance of megetables showing up at Arby's franchises around the country.

"No promises," Craw said. "But it's starting to look like it could be heading in that direction."