Nearly 24 Percent of Parents Are Buying Tablets for Their Preschoolers

Is it possible to be too young for tech?

By PCMag Staff August 12, 2019
This story originally appeared on PCMag

When I was in fifth grade, the tech bug bit -- my tweenage cohorts and I grew desperate for phones (back when they still flipped). Some got lucky; others, not so much. Regardless of how we fared, we all agreed: No one younger than us should have a phone.

Our logic was two-fold. In part, we were wiser, kinder, and more mature than those fourth-grade philistines. And of course, we genuinely couldn't fathom what a toddler would do with one.

But that was a decade ago (yes, it weirds me out too), and the tech landscape has changed dramatically -- iPhones became ubiquitous, laptops became essential and tablets simply became. As parents equipped themselves with fancy devices, their kids benefitted. Want to shut up your screeching three-year-old? Hand them an iPad and load up a (hopefully not edited) Peppa Pig video. Simple.

Now you'll walk down the street or through a store and see a half-dozen stroller-confined children with their chubby fingers clutching daddy's iPhone XS.

PCMag (via Google Surveys) polled 1,000 parents with children ranging from preschool to college age on what tech they're buying for their kids. An unsurprising 40 percent of parents with college-bound kids were buying them laptops, and 34 percent of high schoolers could soon benefit from a new computer. About 23 percent of middle school and 18 percent of elementary school attendees will have a Fortnite and Minecraft machine waiting at home, and 20 percent of preschoolers -- meaning kids age under 5 -- will receive computers. What they'll do with them, I have no idea. Spreadsheets, maybe?

But I can guess why so many kids in that age range will end up with tablets -- almost 50 percent of parents intend to buy tablets for their preschool and elementary school children, at 24 and 25 percent, respectively. Though they can be expensive, tablets are large and give kids a tactile experience that's harder to find on smaller devices. They're the best tech toy you could ask for: Colors pop, games abound, and parents can easily limit screen time.

We may bristle at seeing tots with tech, but for the upcoming generation, phone and computer literacy is as important as actual literacy. Introducing children to modern devices early will benefit them later, even if it unsettles those of us who didn't pop out of the womb with an iPhone in hand.

But if their Subway Surfers addictions start ruining lives, use these tips to keep your kid's tech use in check. 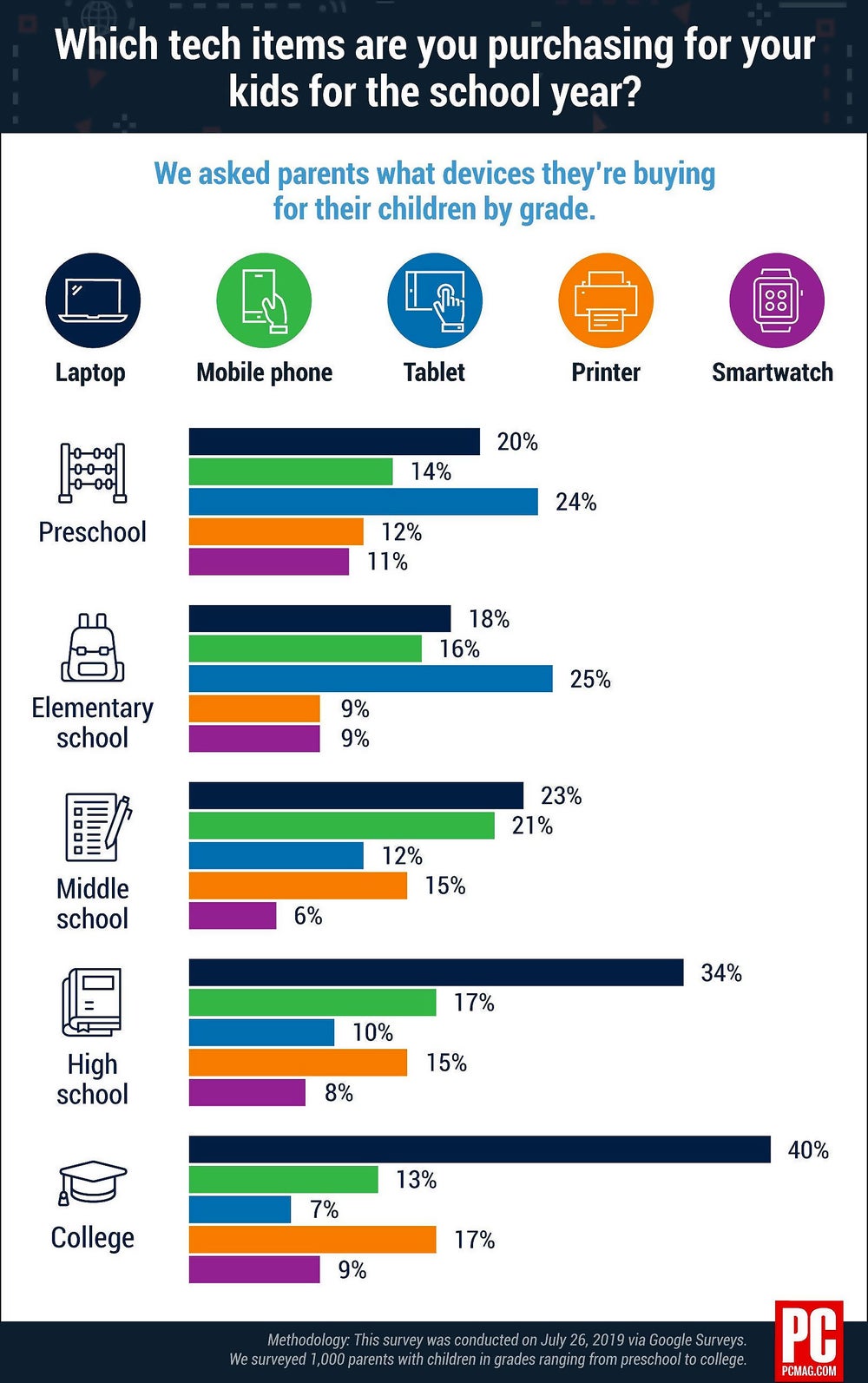