The mobile carrier's chief operating officer and president, Mike Sievert, will take the reins from Legere.

T-Mobile CEO John Legere is stepping down in May, the company announced on Monday morning.

His replacement is coming from within T-Mobile: Mike Sievert, the chief operating officer and president, will take the reins from Legere.

It's not clear just yet where Legere is going, but reports on November 11th said he was in talks with WeWork about the possibility of taking over as the long-term CEO of the embattled office-sharing company. On November 15, citing sources familiar with the matter, CNBC reported that Legere would not take the WeWork CEO job, saying he "has no plans to leave the company."

It's unclear how far those talks have gone or whether T-Mobile's CEO would accept the position. A previous CNBC report said Legere was "among several candidates being considered" for the role. 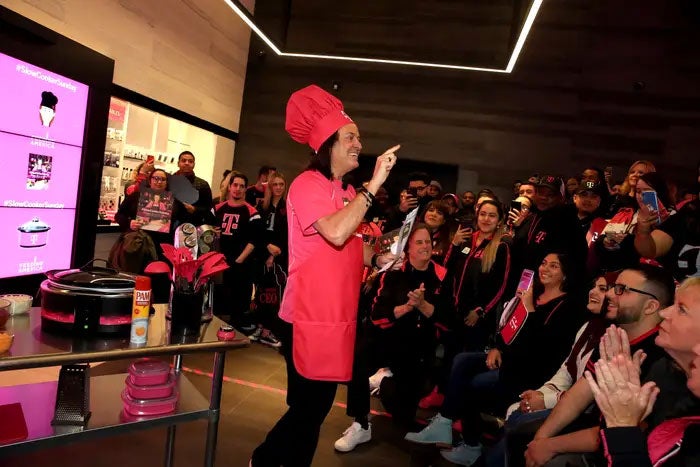 Legere is famous for his eccentric approach to business and life. He regularly wears a bright pink T-Mobile shirt and has published a cookbook based on his regular cooking livestreams.

Under Legere's leadership, T-Mobile's market cap has increased over the past seven years.

T-Mobile has not only become more valuable, but begun to merge with Sprint — a move orchestrated by Legere.

Related: The Wireless Landscape After T-Mobile and Sprint Merge

The company's valuation has tumbled in spectacular fashion, and now its biggest backer, the Japanese conglomerate SoftBank, is attempting to correct course after a buyout. SoftBank has valued WeWork at less than $5 billion, down from nearly $30 billion in June. 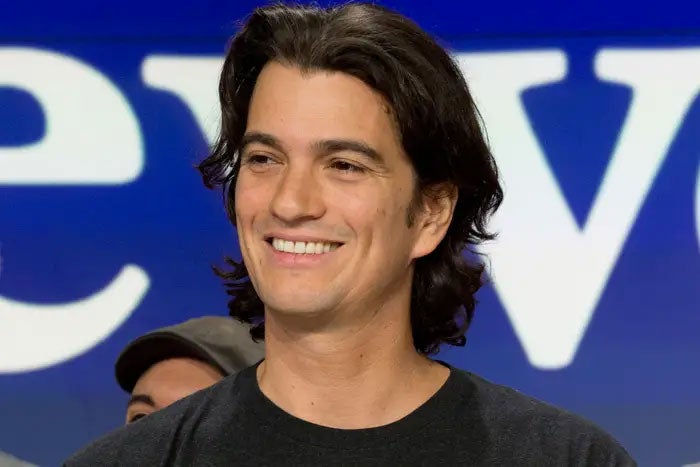 Its cofounder Adam Neumann was ousted in September and replaced by two co-CEOs, Sebastian Gunningham and Artie Minson, as part of a series of moves to restore confidence in the company and its leadership. An S-1 filing in August revealed Neumann's web of loans, real-estate deals and family involvement with the company, which eventually led to his ousting.

After SoftBank last month negotiated a deal to bail out WeWork, its CEO, Marcelo Claure, was tasked with overseeing the transition. The search for a new WeWork CEO is reportedly ongoing.