Yusaku Maezawa wants to know if giving $9,000 to 1,000 people will make them happier

Japanese billionaire Yusaku Maezawa has found some lavish ways to spend his money — he spent $57 million on a Basquiat painting and has reserved every seat on SpaceX's first flight around the moon. Now, he has promised to give 1,000 of his Twitter followers 1 million yen ($9,000) each.

Maezawa, who made his fortune in fashion, announced Sunday that he will select the recipients at random from a group of followers who retweeted a post of his on January 1.

He said he views the offer as a "serious social experiment" to see if free money can boost people's happiness.

The give-away, Maezawa added, is driven by a curiosity about universal basic income — a system that essentially pays someone simply for being alive. The concept has been touted by presidential candidate Andrew Yang, who has vowed to give $1,000 a month ($12,000 a year) to every adult US citizen over 18 if he gets elected.

Maezawa said he will track the results of his experiment through regular surveys of the recipients.

Maezawa previously offered to distribute 100 million yen ($917,000) among 100 of his followers in 2019. According to Japanese newspaper The Asahi Shimbun, Maezawa coordinated with the winners via direct message on Twitter.

But the money doesn't really qualify as a basic income, since the recipients get a one-time payment instead of a consistent stipend. 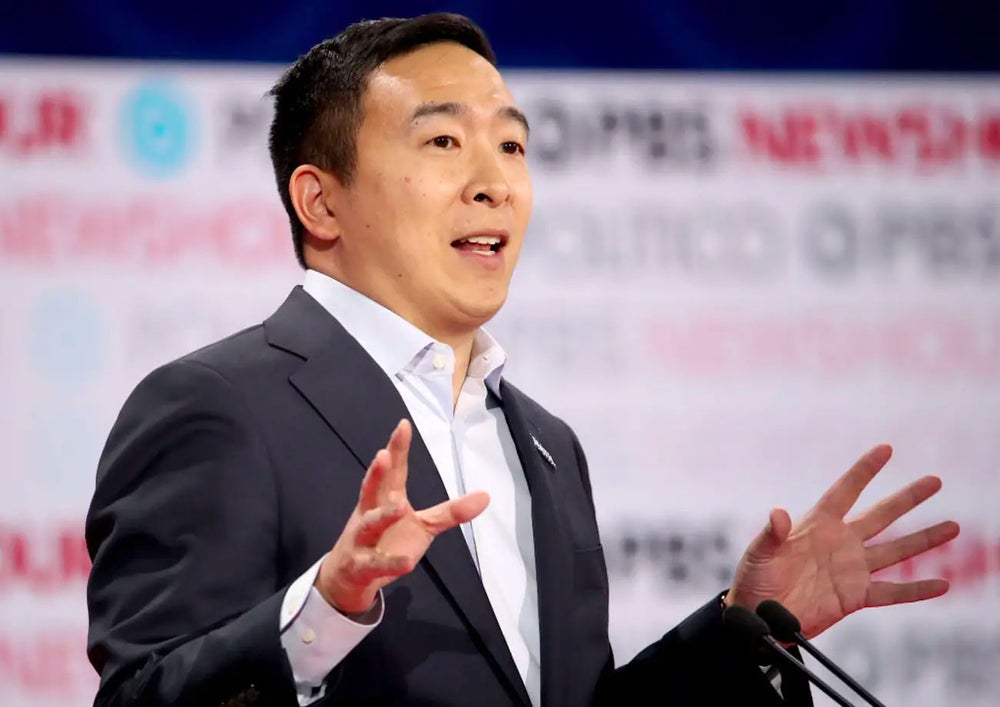 Still, Maezawa's offer doesn't come with any strings attached or stipulate any eligibility requirements (winners don't have to earn below a certain income, for example). In that sense alone, the payments resemble a basic income more than certain government-backed welfare initiatives.

An ongoing basic-income trial in the city of Stockton, California, by contrast, gives $500 per month to 125 residents, but recipients must reside in a neighborhood where the median household income is the same as or lower than the city's overall — $46,033 — in order to qualify for the program.

Andrew Yang's basic-income proposal, meanwhile, would replace some Americans' monthly stipends and existing welfare benefits. (Retirement benefits like Social Security would be preserved, though, and veterans and differently abled citizens would continue to receive their current benefits alongside a basic income.)

Other basic-income experiments, such as a trial conducted from January 2017 to December 2018 in Finland, have also required participants to forgo certain benefits in order to receive the money. In Finland's case, participants had to give up part of their standard conditional benefits — things like housing allowances and illness compensation — to receive payments of 560 euros ($640) per month. They also had to be unemployed.

By the end of the experiment, many of the participants remained jobless.

Though Finland's trial was widely considered a flop, it yielded some interesting results about the relationship between basic income and well-being.

On average, the participants reported that they were happier and healthier overall than other unemployed residents. It's worth noting, however, that the participants' response rate to a government survey was extremely low — around 25%, on average — which gives the experiment an unacceptable level of uncertainty, according to standards set by the US Department of Education.

But other basic income experiments have produced similar results. 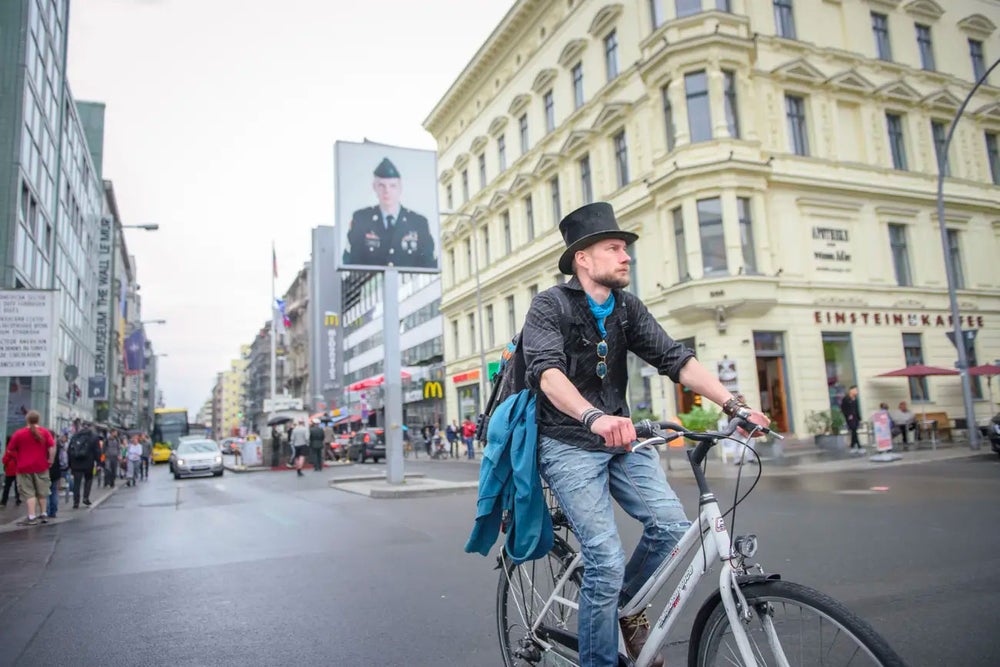 In the 1970s, Canada guaranteed a minimum annual income to families in the city of Winnipeg and rural Manitoba. Decades later, University of Manitoba professor Evelyn Forget analyzed the results and found that recipients made fewer doctor visits for mental-health issues and were less likely to be hospitalized for these issues compared to the control group, which didn't receive the minimum annual income.

As to Maezawa's question about whether money can buy happiness more generally, a 2010 Gallup poll explored the subject through a daily survey of 1,000 US residents. The survey found that having a low income exacerbated emotional pain during negative life events like divorce or illness. Americans with high incomes, by contrast, tended to be more satisfied with their lives.

The survey also found that money did lead to happiness — up to a certain point. Americans earning more than $75,000 did not report being happier than those who earned that amount.

At the very least, many basic income trials show reductions in participants' stress about finances.

"The funny thing about basic income is that it has to be one of the most tested welfare policies in history that hasn't in fact been implemented," Michael Stynes, CEO of the nonprofit Jain Family Institute, told Business Insider.

Stynes is currently working with the Brazilian city of Marica to study the effects of its new basic-income program, which gives $33 monthly stipends to about one-third of the city's residents (around 52,000 people). He hopes the program will encourage participants to join the labor market. 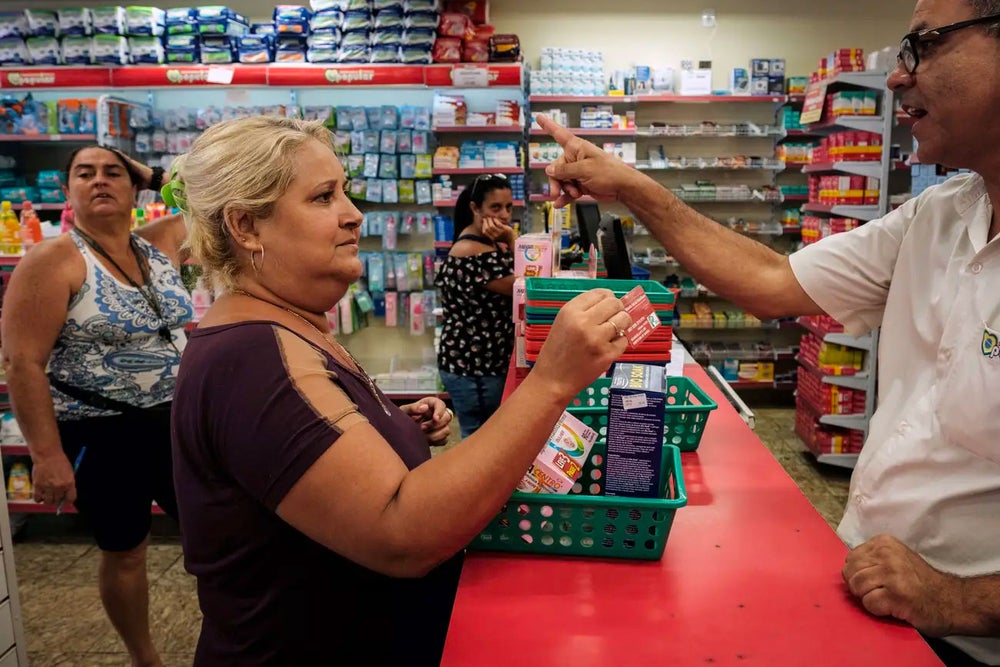 Critics of basic income argue that regular payments can reduce the incentive for people to find job. But the idea's proponents argue that workers who receive a stipend to cover basic needs are more inclined to pursue work that interests them, as opposed to a low-skill, menial job.

Stynes said he also expects participants in the Marica program to invest the money their homes and businesses over time.

Early results from Stockton's trial, meanwhile, have shown that participants are spending the majority their stipends on food and other basic necessities.

One participant in the program, Virginia (she declined to give her last name for privacy reasons), told Business Insider that the payments have eased her stress about buying everyday necessities. The 61-year-old recently used some of the money to make Christmas dinner for her family and members of her local Bible college. She's also using it to go visit her older sister, who is ill, in Oregon.

"I appreciate the program a whole, whole, whole lot," Virginia said. "I'm going to see a loved one who I don't know how much longer I'm going to have. It was hard for me to do that before this money came."

Maezawa said his payments are meant to inspire more debate about basic income in Japan.

"I think what everyone wants is not money, but fulfilling dreams," he wrote on Twitter last year.

How To Recharge Your Positivity Battery At Work