Zoom-bombers have been recording their exploits and uploading the footage to YouTube and TikTok. In some cases, the videos are a privacy issue because they show AA and Narcotics Anonymous meetings.

It’s one thing to be humiliated. It’s another to have footage of the incident circulate on the internet for anyone to see. Unfortunately, that’s what’s happening to victims of hijacking attacks on the Zoom video-conferencing service.

You can now easily find video footage of “Zoom-bombing” incidents on both YouTube and TikTok. And some of the content is heinous and disturbing.

In a separate video posted on YouTube, the Zoom-bomber infiltrates a meeting that includes a woman holding an infant and shouts obscenities at them. Another YouTube clip, with 97,000 views, features the hijacker telling a participant to “show their breasts” while calling a different attendee a “pedophile.” 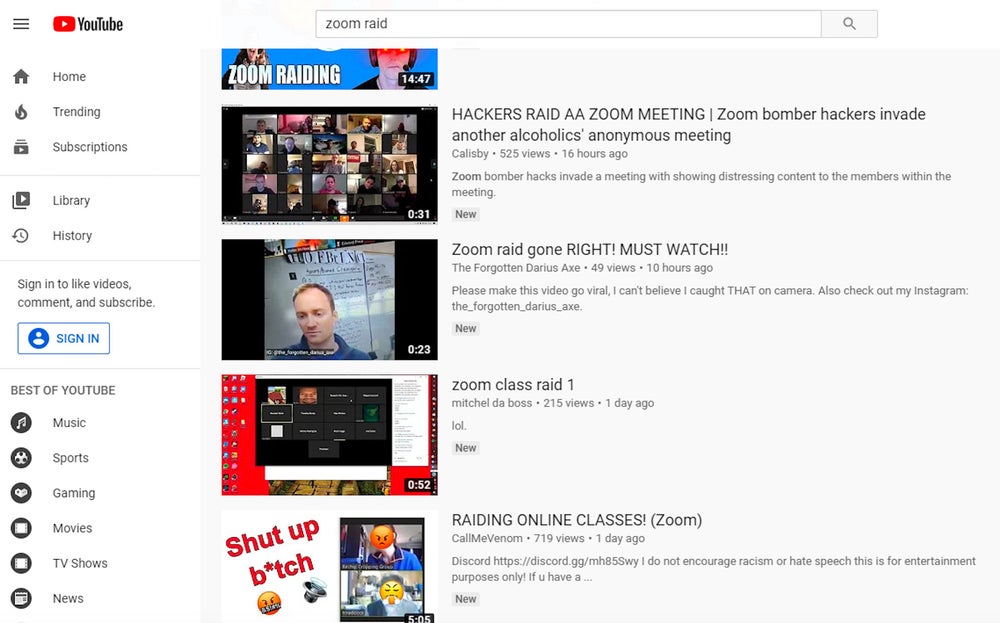 PCMag easily found the videos on YouTube with the search terms “Zoom Raid" and "Zoom Trolling." The queries resulted in over two dozen videos devoted to Zoom trolling and Zoom-related pranks. Later, YouTube’s algorithms began recommending them to us.

Related: Watch Out for 'Zoom-Bombings' on Online Video-Meeting Apps

Why Is This Happening?

The hijackings are occurring because many users are holding public meetings on Zoom without realizing that anyone —including malicious strangers — can attend the same gatherings. In some cases, the perpetrators are learning about the Zoom sessions because the meeting details are shared on social media. In other cases, the hijackers are deliberately requesting people in online chats to post Zoom meeting details for the purposes of “raiding” them. On TikTok, we found numerous posts calling on users to share details for upcoming Zoom meetings. 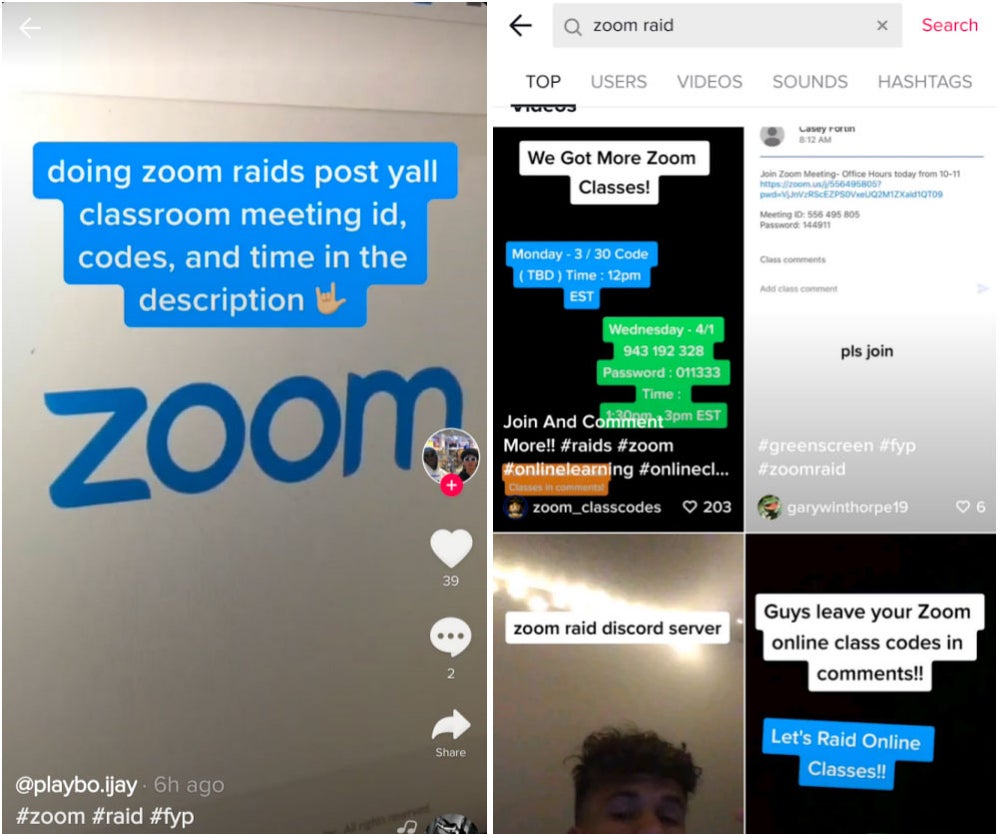 As a result, a wave of hijacking incidents have been unfolding across the country, exposing users to childish pranks, along with more serious forms of harassment, including racist taunts. However, victims of the attacks may not realize they’re also being recorded. And by uploading the footage, the perpetrators are not just exposing victims to further embarrassment on YouTube and TikTok; they’re infringing on their privacy as well.

Other videos involve the culprits crashing online yoga sessions held over Zoom as attendees perform the exercises. “I love staring at girl’s asses,” says one hijacker in a video. At the same time, Zoom sessions often show people’s full names during the feed, which is then getting uploaded to YouTube and TikTok.

The recording can happen because the perpetrators are sitting behind a computer, which allows them to use desktop recording tools or even live-streaming apps to save the footage and upload it to the internet. 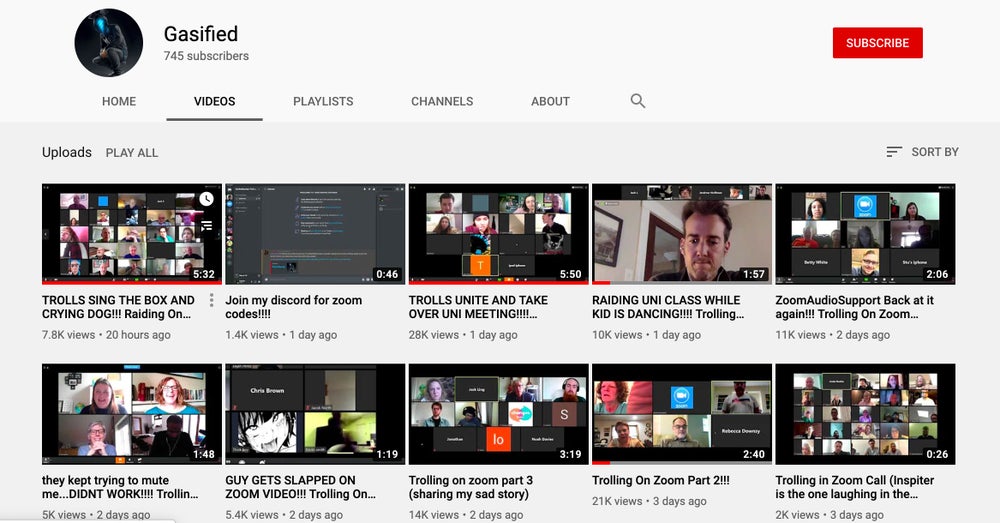 Zoom bombing clips that remain up as of Thursday morning

Related: 6 Tricks You Need to Know About Zoom

Whether or not YouTube and TikTok will take down these videos is less clear. In YouTube’s case, the platform has strict rules against hate speech and sexual content. However, a company spokesperson told PCMag earlier this week it has no specific policy against Zoom-bombing. So videos featuring the hijackers ridiculing people won’t be enough for a takedown. It’ll be up to victims to file an abuse report, claiming the video invades their privacy.