The advocacy group has partnered with Chase and think tank Socos Labs on new initiative meant to underscore the innovation and revenue-generation all founders can bring to the table.

When George Floyd was killed in May, Ceek Virtual Reality Founder Mary Spio wrote a column for Entrepreneur imploring, "Let not his death be in vain. Let's not protest black and blue and forget green." The idea being that nurturing inclusivity in the business community and creating real pathways to leadership and success among minorities is one of the many systemic changes that can mitigate existing cultural imbalances that culminate in tragedy and hate — that we are all innovators with the potential to buoy our collective fortunes.

That notion was echoed when the U.S. Black Chambers ushered in this past Juneteenth with a new platform dubbed ByBlack to boost networking capacity for black businesses and founders. And such efforts are now being mirrored in the latest initiative by LGBTQ+ entrepreneur-advocacy nonprofit StartOut. The organization, in collaboration with J.P. Morgan Chase and independent think tank Socos Labs, has launched and trademarked the StartOut Prime Economic Impact Index (SPEII), an online tool that — per an official press release — is powered by "big data analysis and a corresponding AI-driven engine to both measure contributions in close to real time and calculate what they could be with equal access, thus quantifying the unused potential for job creation and innovation by LGBTQ+ entrepreneurs." 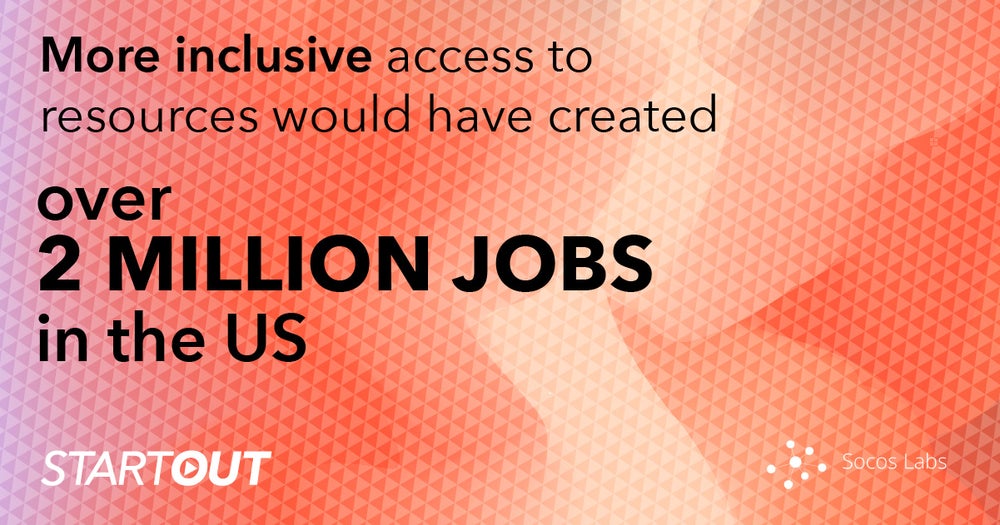 StartOut first announced the endeavor last summer to cap off Pride Month 2019, and its alpha rollout was conscientiously timed on the heels of this year's Pride Month, pandemic be damned. "This whole project is about the unrealized potential of our entrepreneurs to grow the economy and give back to society through success," elaborates StartOut Executive Director Andres Wydler in an email to Entrepreneur. "Eventually, it’s about what economic activity our entrepreneurs can add, as a net addition, to the places we live in."

As for the SPEII's commitment to artificial intelligence as an asset, Socos Labs Co-founder and neuroscientist Dr. Vivienne Ming concedes in an email to Entrepreneur that "AI is never unbiased; it reflects our own biases and assumptions back at us." But she's quick to distinguish that what excited her about the prospect of helping develop the SPEII was that, "While 'algorithmic bias' can make AI a dangerous tool when applied thoughtlessly in hiring or policing, it can be an incredibly powerful tool for exposing the hidden biases that prevent full economic inclusion."

And as of today, the SPEII is publicly available and free for anyone from any walk of business to use.

Stay tuned for an upcoming feature that highlights the innovations and endeavors of high-impact LGBTQ+ entrepreneurs.