According to Heritage Auctions, the winning bid set a world's record for the highest price paid for a single video game at an auction. The unopened copy was found in someone's closet.

An unopened copy of 1990's Super Mario Bros. 3 was sold for a whopping $156,000 Friday morning, breaking a record for the highest selling single video game at an auction.

The sale took place through Heritage Auctions, attracting 20 participants. The opening bid was a stunning $62,500 before soaring past the six figure amount.

According to Heritage Auctions, the $156,000 winning bid breaks the previous record, which belongs to a sealed copy of 1985's Super Mario Bros. for the NES. In July, it fetched $114,000 in a separate auction.

Why are people paying a fortune for an old video game? We don’t know. But Super Marios Bros. 3 is often considered one of the greatest NES titles of all time. “It's no surprise that another Mario game, which so many of us grew up with, would set the new bar,” Valarie McLeckie, Heritage Auctions' director of video games, said in a statement.

McLeckie added that the Super Mario Bros. 3 copy was found in someone's closet, never opened. “Often, in the case of these sealed games, people just bought them and forgot about them, “ she said in an email. “That was the case here.”

It’s not the first time Heritage Auctions has sold an unopened copy of Super Mario Bros. 3. Back in July, it auctioned off another sealed version, but for a mere $38,400.

However, the copy that was sold today appears to be especially unique. “While the condition of the game is remarkable, what makes this copy even more singular is the layout of the packaging itself: Exceedingly rare are sealed copies with the word ‘Bros.’ formatted to the left, covering one of Mario's signature white gloves,” Heritage Auctions said. 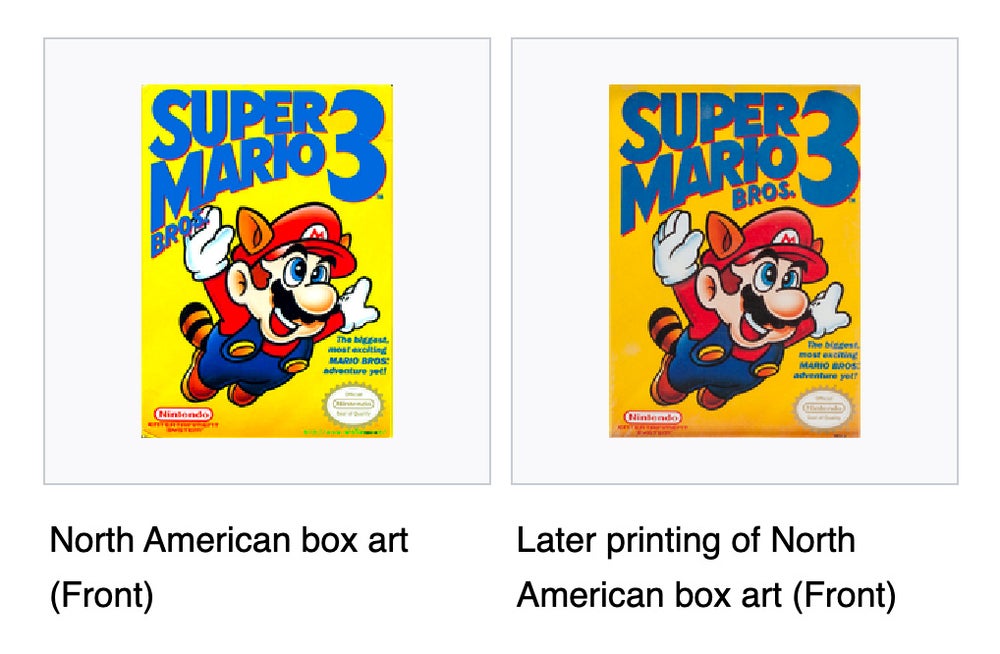