NFL's Taylor Rapp Was Once Overlooked as an Asian American Athlete. Now, He's Making His Mark With His Own NFT Series.

The Los Angeles Rams safety is looking to capitalize on a digital craze in an effort to help the AAPI community.

In the wake of increased violence against the Asian American community, Los Angeles Rams safety Taylor Rapp knew he had to do something.

As one of few Asian American players in the NFL, Rapp, who is half Chinese and half white, knows the feeling of being marginalized all too well. While attending Sehome High School in Bellingham, Washington, he failed to get the attention of college football coaches, despite racking up 117 tackles, three interceptions and four forced fumbles in his senior year. Though he might have flown under the radar due to his team's poor record at the time, Rapp says he also felt he was dismissed because of his background.

"I would ball out at the camps, and I knew I played better," he says. "I showed that I can do more than the kid next to me, but, just because I don't look like a typical football player, no college coaches were walking up to me like, 'Hey, what's your name?'"

Related: What Is an NFT? Inside The Next Billion-Dollar Crypto Sensation.

In a country that often dismisses the Asian American Pacific Islander (AAPI) community as an afterthought, Rapp says he was particularly hurt when he learned that Asian seniors were being attacked earlier this year. In January, for example, 84-year-old Thai immigrant Vicha Ratanapakdee died in California after a man ran across a street and violently shoved him to the ground. Just this week, a 65-year-old Asian woman was hospitalized after man yelled anti-Asian comments at her and kicked her to the ground.

"It's just so heartbreaking to see, you know," he says. "That's my people, my community ... that we see that are getting targeted. It's just so sad. All the most helpless and most vulnerable, innocent [sections of our] population are getting attacked — it's not normal."

In the aftermath of the Atlanta shootings that left six Asian women dead, Rapp — who admitted that he's long been conditioned to "go about my business" whenever he's felt discriminated against — decided to take action. As a rising star in the NFL and at a time when an increasing number of athletes are using their platforms to speak on social injustices, Rapp decided he would use his growing celebrity to advocate for the AAPI community.

To that end, the 23-year-old is launching his own NFT (non-fungible token) series on OpenSea and donating the proceeds to the AAPI Community Fund on GoFundMe. Titled "Year of the Ox" (in reference to Rapp's zodiac and the current zodiac year), the NFT series pays tribute to the NFL player's Chinese heritage. Each of the six editions features a ox-related Chinese proverb, along with a graphic that Rapp's maternal grandfather hand-painted. The most prized NFT in the collection is a digital painting that comes with a meet-and-greet with Rapp, tickets to a game, a signed jersey and more. 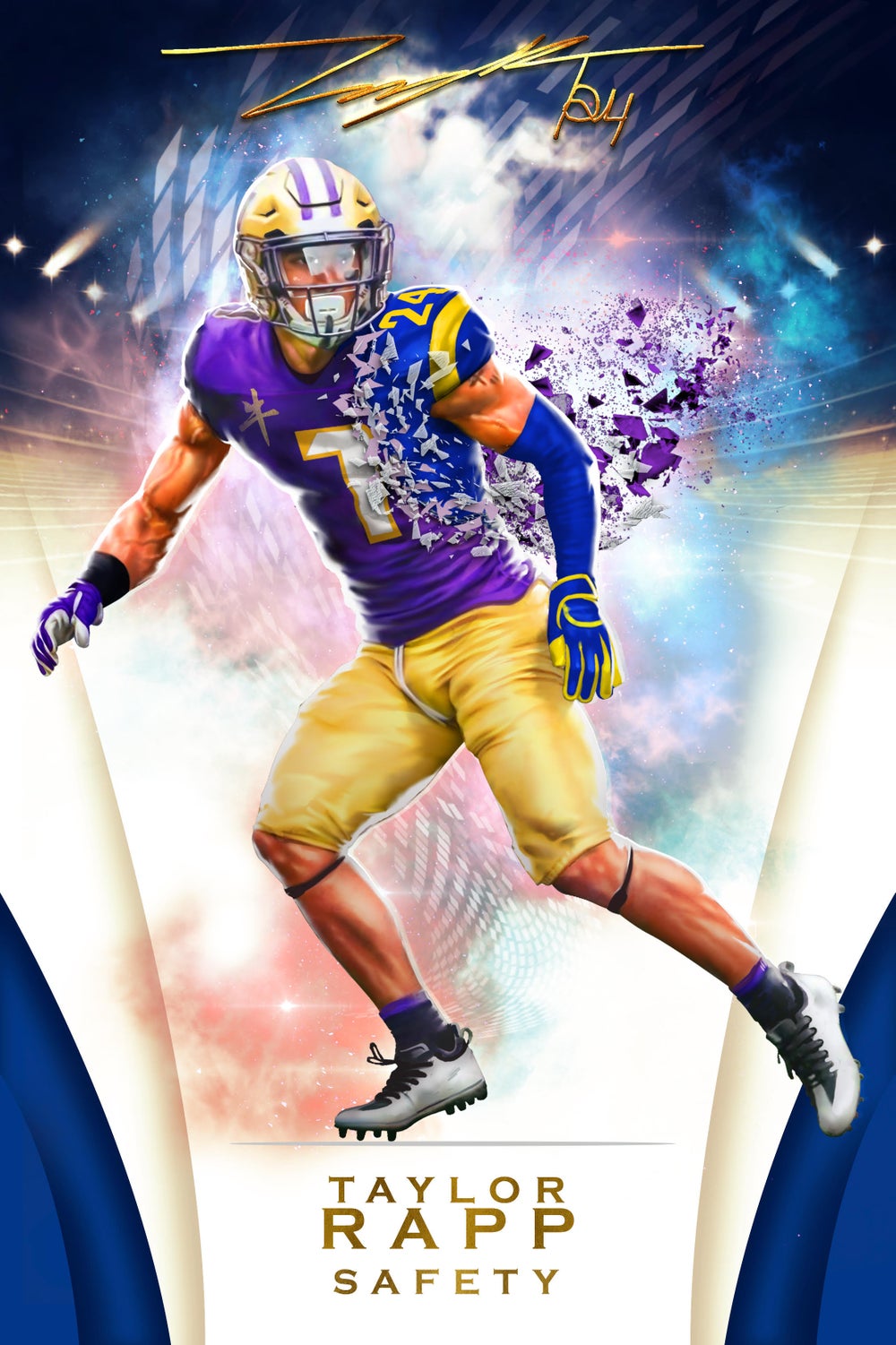 "I wanted to tie it all in together and have very big significance to me, my story and the whole meaning behind, you know, donating ... to the AAPI community," he explained.

Although Rapp credits fellow players like the Tampa Bay Buccaneers' Rob Gronkowski and the Kansas City Chiefs' Patrick Mahomes for being the first athletes to launch their own NFT series, the safety isn't just jumping on the NFT craze for fun (former San Francisco 49er Vernon Davis similarly launched his own NFT series this week). In addition to leveraging the trend's popularity for a greater good, he also understands the implications NFTs will have for the sports industry.

"I really think it's going to be the new trading cards, sports cards, for all athletes," he says. "I think it's so interesting, because I look at my NFTs as almost like people buying stock in Taylor Rapp. Let's say I go out and play this next season, and I make a Pro Bowl have a great year. That NFT is going to appreciate just like a stock does."

To maximize the amount of money he can donate to the AAPI Community Fund, the athlete will only release 90 NFTs tomorrow at 6 p.m. PST (Thursday, April 1). The auction will last until Sunday at 9 p.m. PST.

"We've seen all these disturbing videos [involving anti-Asian hate] in the past month or two, and I think it's perfect timing [to capitalize on] this NFT collection craze and raise money to help the AAPI community," he says.

And in spite of the NFT launch, the ultimate goal among advocates should be to amplify not only Asian American voices but also all marginalized voices across the board, Rapp notes.

"I think it starts from the higher-ups, whether that's the NFL or big-time corporations," he says. "Bring it to light and [make] sure that it is brought to maximum awareness and that we are pushing ... not only Asians but also ... people of all races."