What is Chronic Dissatisfaction Syndrome and 5 ideas to eliminate it

The person with this syndrome will feel listless, with difficulty developing new projects, little desire to start their day and, finally, loss of pleasure.

By Gustavo Giorgi August 16, 2021
This article was translated from our Spanish edition using AI technologies. Errors may exist due to this process. Opinions expressed by Entrepreneur contributors are their own.

I must first say that this syndrome, like some others, does not appear in the DSM-5 (Manual of Psychiatry) so if you try to look for it there, you will not find it. However, its absence in such a large work does not mean that it does not exist or does not deserve to be treated with the relevance of the case.

The Chronic Dissatisfaction Syndrome , as its name invites us to think, refers to a series of signs and symptoms that clearly illustrate the lack of taste for many activities that living involves. It is as if I told you that they have removed the salt or pepper, from almost everything.

Thus, the person suffering from this syndrome will feel reluctant, unmotivated, with difficulty developing new projects (even if they are minor), little desire to start their day and, finally, will experience a significant loss of pleasure, in the broad sense.

It was called Bovarismo inspired by the famous play Madame Bovary by my namesake Flaubert, whose protagonist fantasizes all the time about a perfect husband and a completely idyllic life, questions that will never happen.

With that denomination it is possible to observe also how prejudice has crept in, in line with what the vulgar would say: it is a typically feminine evil.

But as so often happens, I must say here that this Syndrome is of little interest to genitality or gender. It acts in both men and women, linking with psychic structures more than with biological issues (including genetic ones).

There is, in this Syndrome, something of the inhibition as it seems that satisfaction would be a problem for the self and that is why it tries to avoid it, from unconscious modalities.

We can think of the incidence of a superego that prevents this channeling and therefore locks the subject, leaving him pedaling in the air sustained by expectations or idealizations that can never be achieved. 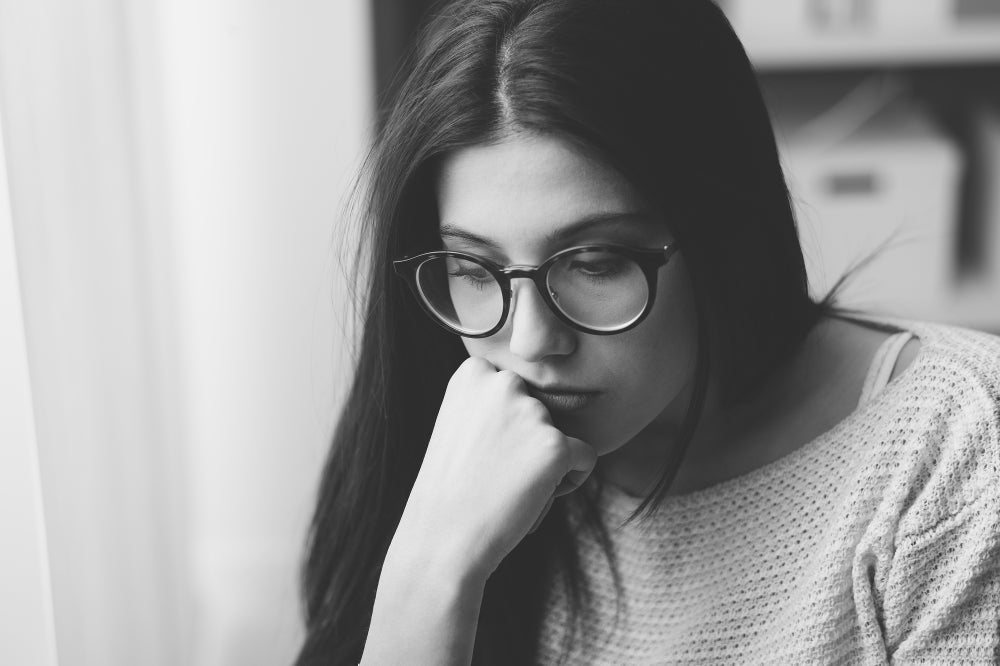 The protagonist of Madame Bovary fantasizes all the time about a perfect husband and a completely idyllic life, things that will never happen / Image: Depositphotos.com

It should be noted that this perception can be something specific or of a certain cause, such as a duel. Something temporary, that tends to diminish with the passage of time, or to make its presence felt constantly.

And how difficult when this situation is installed in subjective suffering! We have a suffering person, who complains and complains, but this catharsis does not serve to alleviate his anguish. Your preferences do not even serve to amplify your claims, reaching the ears of a possible savior ...

Difficult for those around him too, whether they are emotional or family! When the Chronic Dissatisfaction Syndrome becomes flesh in the subject, it will begin to dent their interactions in a frank way. Others will begin to avoid him since his mere presence "takes energy", in the words of his possible interlocutors.

If we move to the exclusive framework of a job, a leader with these characteristics will always be dissatisfied with the performance of his collaborators. Praise or recognition will hardly come from your lips. Rather, the constant claims and complaints will be.

On the employee's side, they will express their discomfort regarding everything possible, going from the change from a cut schedule to a running one. The passage from one desk to another. Substituting a co-worker and even getting promoted will upset you because: "It wasn't exactly what I expected."

If we think of correlates of this Syndrome, we must place anguish, frustration, reactivity, the absence of hope and a pessimistic sense of life in general. But not the pessimism of Schopenhauer but something closer to a deep and stubborn skepticism, incapable of envisioning a way out of what is presented as aporia.

Now, once its silhouette and volume are located, let's go on to offer some ideas capable of minimizing its incidence. 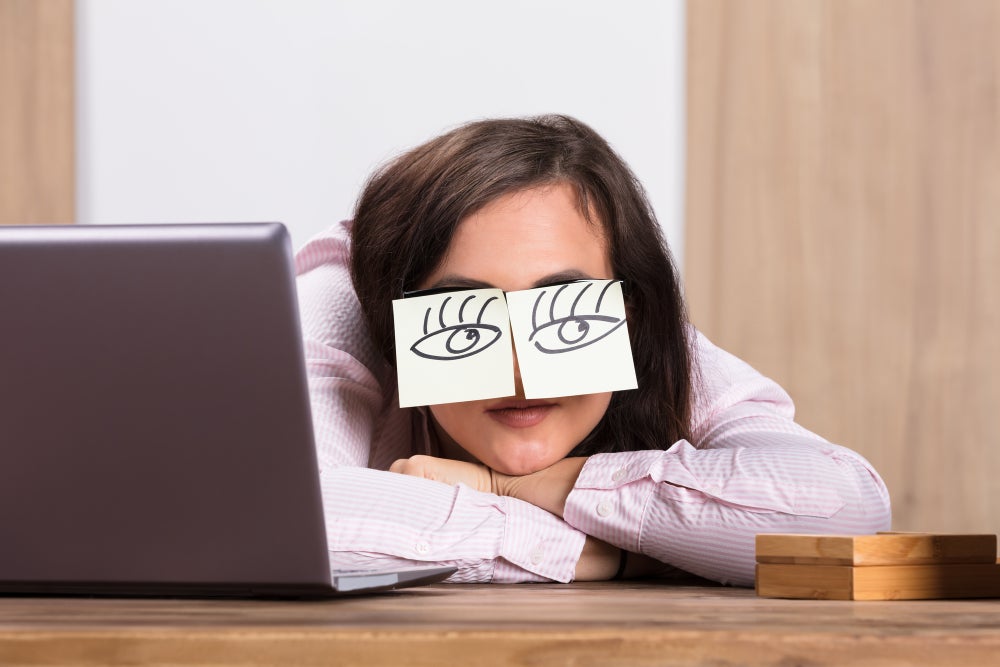 On the employee's side, he will express his discomfort regarding everything possible / Image: Depositphotos.com

1. Take off the bandages

If you notice that this is happening to you often or that others slip it to you, pay attention to it. If you seem to have lost the desire to do things, ask yourself if something similar was happening to you now or before.

A good idea is to take a notebook and take notes at random times of the day (you can download an app that sounds the alarm at different times) and write down what you are doing and how you feel. After two weeks, you will be able to know how many moments gave you joy and in how many others you remained untouched. If the majority turn out to lack pleasure, it will be a good time to take off the mask and assume that we have a challenge ahead: to start living with desire.

2. Work on your expectations

Is it bad to have high expectations? Do you have to force yourself not to expect too much from things or people? No. The downside is not being realistic.

Without entering into philosophical discussions about what reality is (highly recommended activity for coffee or beer tables) let's get to the point. It is about giving expectations as much realism as possible, and that is gained by asking others, corroborating our ideas, informing us, obtaining objective data and things like that.

We fall into illusory expectations when we allow ourselves to be won over by ideals.

Remember that they are characterized by presenting themselves as perfect, without blemishes, and therefore when thinking about it in practice it would be something like assuming that the person to know never made mistakes or that our future job will not bring us any regrets.

I suggest having a useful quadrant as a premise and mental guide so as not to get lost on this path. To do this, I divided a sheet into four equal parts and wrote as a title for each one: In favor, Against, It could be interesting, Unknown. Then, when any situation arises in the future, submit it to that analysis and put at least three related ideas in each sector.

As an acquaintance once told me: “There are five critical minutes when you get home. They are the ones that force you to choose between grabbing the remote control or putting on your shorts to go for a run ”. And this is resolved by decree, gentlemen.

I am not talking about solving things at the roots, or curing the deep ills that afflict us, but about prac ti city. This means that you commit to doing something new at least once a week, which will bring you out of slumber. For example, read a book, walk for an hour, sign up for a course ...

The most advisable thing for a goal to really have that capacity of push that we need so much is that it meets the requirements of being well built and then, being able to be divided into smaller goals.

Regarding the first part, to determine if we really think it through, we must submit it to the questions: Is it measurable? Is it observable? It is important? Do you have a deadline? If they are all answered in the affirmative, then we are doing well ...

On the other hand, he spoke of dividing it into smaller goals, in order to achieve partial successes capable of sustaining enthusiasm. Think of a ladder in which the great goal is at the end, but that each step that you climb is also important because it brings you closer to it.

5. Socialize what happens to you

I admit that I am not a fan of verbal exhibitionism and therefore I do not refer to it in this suggestion.

Commenting on what you are experiencing in a group of friends, at work or with those you deem appropriate can help others to contribute their points of view and, above all, possible solutions.

Burn this to yourself: no idea is disposable. What might seem far-fetched at first may come to fruition later, if you look at it with an open mind.

And I end with a concept that I love about Laloux (again, yes): Selfhood , which we could define as individuality, as a condition to achieve fulfillment. In other words, showing ourselves as we are will allow us to feel complete and connect with others in an honest and deep way.

The 3 things you should live with, according to the happiness ambassador

Mindfulness, why should you teach it in your company?