4 Things You Need to Know About the Fed's Taper

Today's article features the SPY and reveals the "4 Things You Need to Know About the Fed's Taper." Read on for all the details.

By Adam Galas August 31, 2021
This story originally appeared on StockNews

Today's article features the SPY and reveals the "4 Things You Need to Know About the Fed's Taper." Read on for all the details.

To say the market is having a good year would be an understatement. 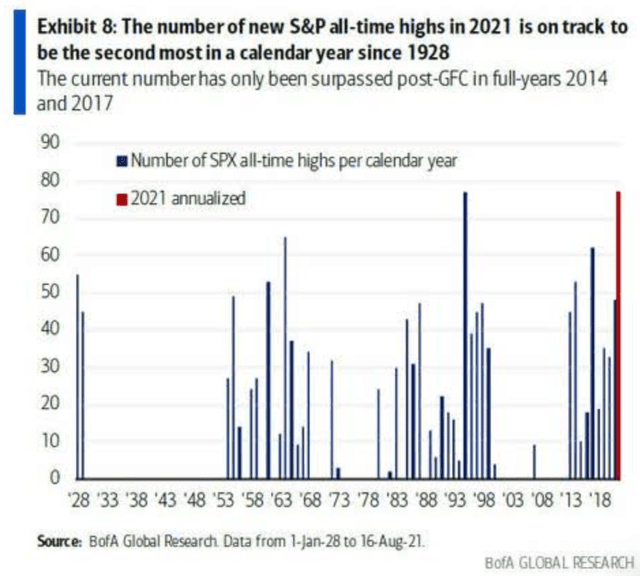 As I write this on August 30th, the S&P 500 is poised for its 52nd record high of the year, putting it on track to possibly overtake 1995's all-time record of 77 record highs that year.

The financial media is giving credit to Fed Chairman Jerome Powell's very well received Jackson Hole speech in which he discussed the Fed's plans for the taper.

Here are the three things you need to know about the Fed's taper plans and how you can not only protect your portfolio in the coming 18 months but keep profiting from one of the greatest bull markets in history.

Fact 1: The Taper Is Likely To Begin This Year

The main reason the market appears to be so bullish on Powell's speech is that he didn't give a firm timetable for the start of the taper.

"It would continue to be my view that when we get to the September meeting, we would be well served to announce a plan for adjusting purchases and begin to execute that plan in October or shortly thereafter.” – Robert Kaplan, CNBC

“We did say that we would allow inflation to run above target for some time, but not this much above target. So for that reason, I think we want to get going on tapering and get it finished by the end of the first quarter next year.” – Jim Bullard, CNBC

Numerous Fed presidents have been saying for months that it's time to start winding down the Fed's $120 billion in monthly bond-buying.

None of what Powell said was actually surprising, because the Fed has been saying since the start of QE infinity that as soon as the economy has sufficiently recovered, the Fed would start easing its accommodation.

While it's impossible to know exactly what causes the market's daily gyrations, it seems a good bet that for now, the market is obsessed with the Fed's taper plans.

Why is that? Because the market is still haunted by the experience of the 2013 taper tantrum.

Fact 2: A Taper Tantrum Is Not Likely

First, it's important to remember that the taper tantrum of 2013 was not actually a significant downturn. 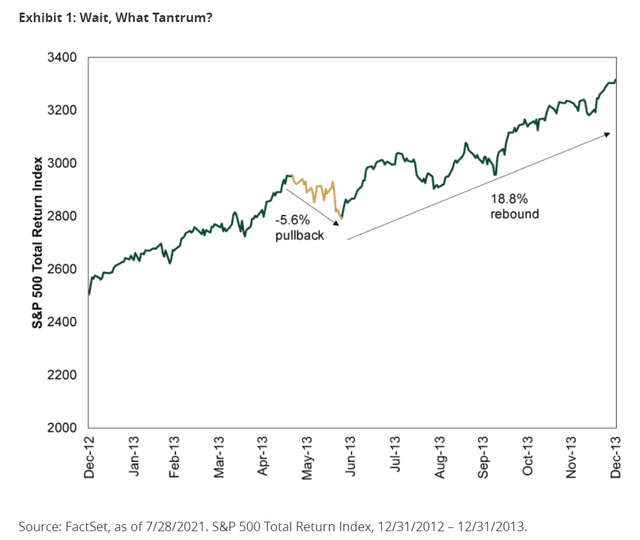 Since WW2 and 2009, we've averaged a 7% pullback every six months in the S&P 500. The taper tantrum was a historically mild pullback that occurred in a fantastic year for stocks. 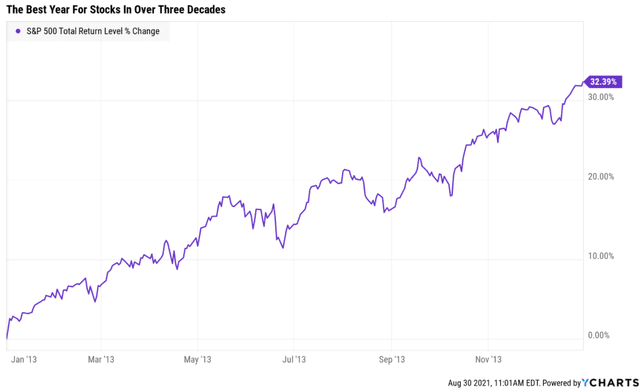 The tantrum was merely a modest pullback created by then-Fed Chair Bernanke not giving sufficient warning about when the Fed would start planning to decrease its monthly bond-buying. 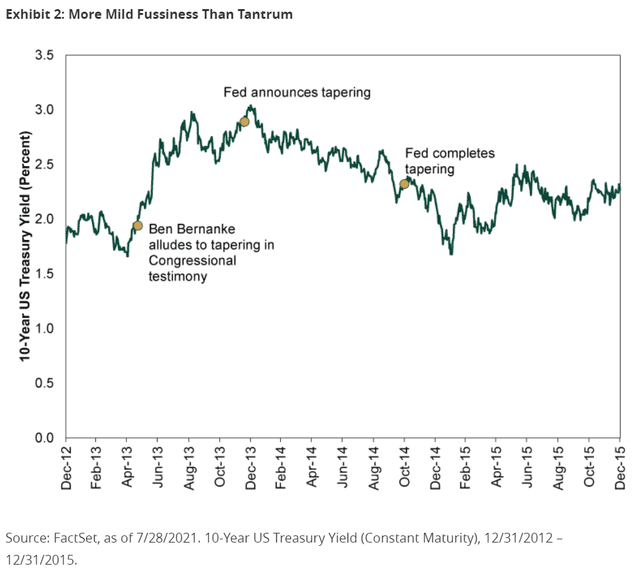 In fact, the bond market didn't even react all that violently to the Fed's ending QE.

We have said that we would continue our asset purchases at the current pace until we see substantial further progress toward our maximum employment and price stability goals, measured since last December when we first articulated this guidance.

My view is that the “substantial further progress” test has been met for inflation. There have also been clear progress toward maximum employment. At the FOMC’s recent July meeting, I was of the view, as were most participants, that if the economy evolved broadly as anticipated, it could be appropriate to start reducing the pace of asset purchases this year.

The timing and pace of the coming reduction in asset purchases will not be intended to carry a direct signal regarding the timing of interest rate liftoff, for which we have articulated a different and substantially more stringent test." - Jerome Powell

Perhaps the most important part of Powell's speech was him making clear that the timing of the taper has nothing to do with when the Fed starts raising short-term interest rates.

Currently, the bond futures market is expecting no interest rate hikes until 2023. 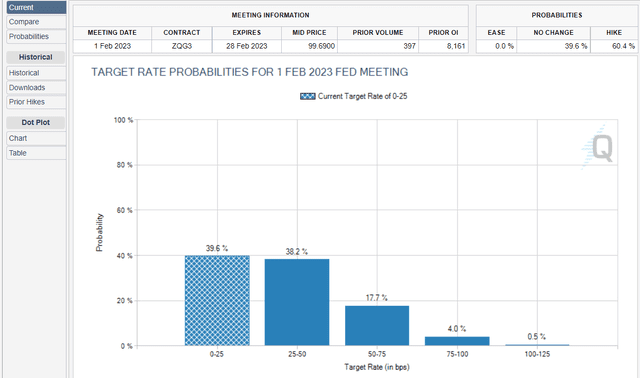 That's on the way to a long-term goal of 2% to 3%, far below historical norms.

In part two of this series, we'll take a look at the two most important facts you need to know about the Fed's taper and how they can help you prevent a painful mistake that could cost you a fortune and prevent you from cashing in on one of the best bull markets in history.

The post 4 Things You Need to Know About the Fed's Taper appeared first on StockNews.com