Today's article features the SPY and reveals "4 Things You Need to Know About a Potential "Lost Decade" for Stocks. Read on to find out all the details.

By Adam Galas October 13, 2021
This story originally appeared on StockNews

Today's article features the SPY and reveals "4 Things You Need to Know About a Potential "Lost Decade" for Stocks. Read on to find out all the details.

It's been an incredible decade for stocks. 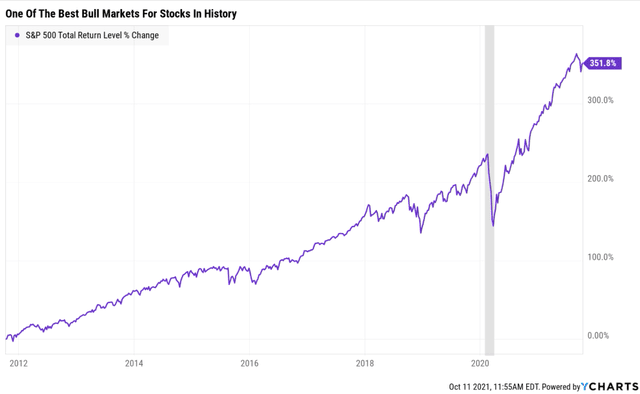 Naturally, many investors are both giddy and afraid of such incredible returns, 16% CAGR for the past 12 years. That's about double the market's historical returns and has stretched valuations to levels that have most analysts expecting very modest returns for the next five years. 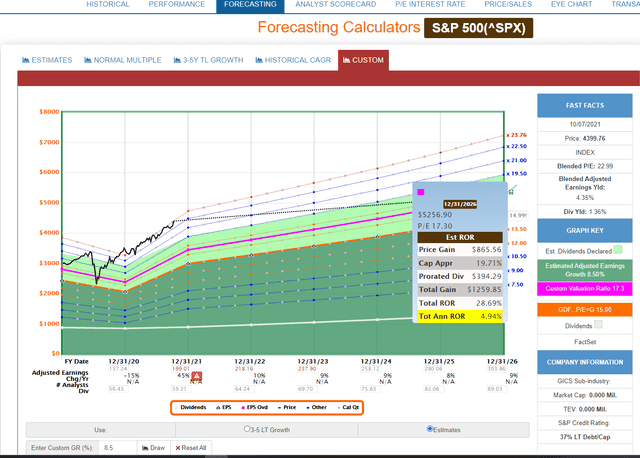 5% annual returns are far from catastrophic, but they are 1/3rd what investors have enjoyed for the last decade.

But these are just the consensus forecasts, and some blue-chip analysts are expecting a potential lost decade for stocks.

Here are four facts you need to know about why market returns could suck for the next decade, and most importantly how you can safely avoid the kind of poor returns that can sink your rich retirement dreams.

Fact One: The Most Bearish Main Stream Analyst Forecasts

Moody's is one of the 16 most accurate economist teams in the world according to MarketWatch, and its forecast for the next decade is rather bleak. 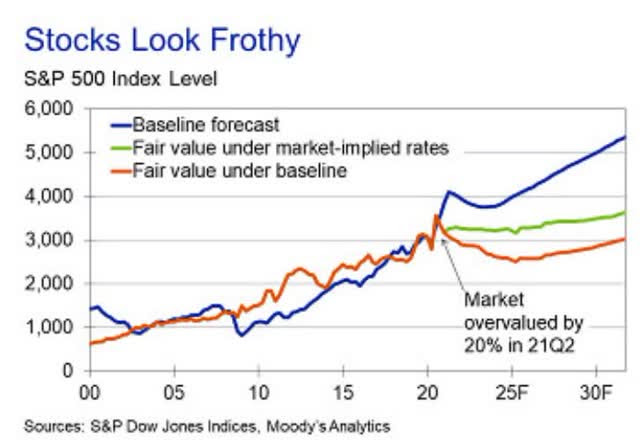 Moody's base case forecast six months ago was that stocks could post negative returns for the next decade.

That's largely due to Moody's base-case forecast for long-term interest rates hitting 4.3% on the 10-year yield by 2030.

A slightly less bearish outlook comes from the quant team at Bank of America.

Led by equity and quant strategist Savita Subramanian, the bank highlighted that its valuation model is currently forecasting a flat return over the next decade for stocks - or 0% - according to a Friday note that cited supply-chain woes and peak globalization...

To combat the potential 0% returns over the next decade, BofA says the number one thing an investor can do is reinvest their dividends.

"The simple act of reinvesting dividends could yield a total return equivalent to the S&P 500 at 6,000 in 2031, assuming long-term average growth and payouts," the note said. Hitting that mark in the next 10 years would represent a total return of only 36% for the S&P 500, or an annualized gain of about 3%." - Business Insider

If you reinvest dividends then BAC thinks you could achieve 3% annual returns, about 20% of what investors have seen in the last 10 years.

Fact Two: The One Thing Most Likely To Cause A "Lost Decade" For Stocks

Valuations matter and they matter a lot. 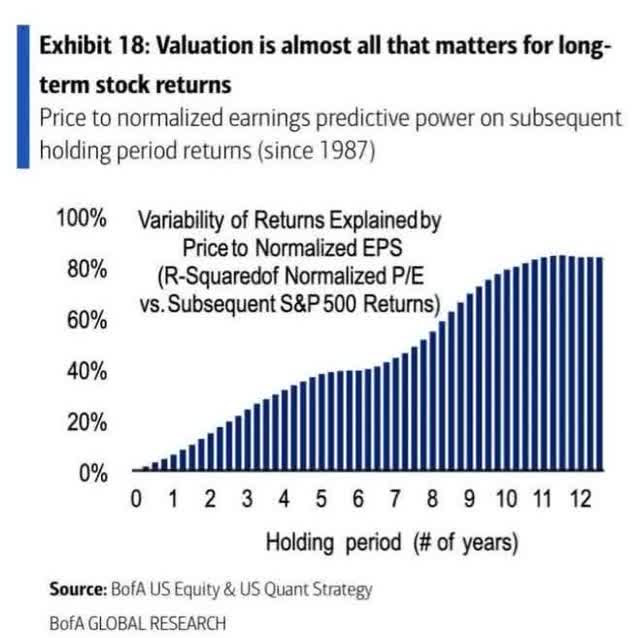 Since 1987 valuations alone explain about 80% of long-term stock returns.

12 years of rising valuations mean historical mean reversion is likely to drag on future returns for many years.

But what about the popular notion that "stocks are cheap at today's low-interest rates?"

This is the popular "there is no alternative" or TINA, idea, that as long as rates are super low, permanently higher stock valuations are justified.

This TINA hypothesis is not necessarily wrong, it just leaves out one important fact.

That during the modern low-interest rate era, 17.3 was the historical market-determined fair value PE.

Over the last 25 years, according to JPMorgan, the average forward PE was 16.8, which has increased modestly in the last decade due to 2.4% average 10-year treasury yields.

Well actually no. According to Goldman and UBS, the historical earnings risk premium for stocks, regardless of interest rates, is about 3.7%.

This has been true during the last 20 years and the last 10, meaning the low rate, Fed QE, buyback binge era.

That's compared to a 20.5 forward PE as of Friday, October 8th's close. And let's not forget that interest rates are not expected to remain at 1.6% forever. 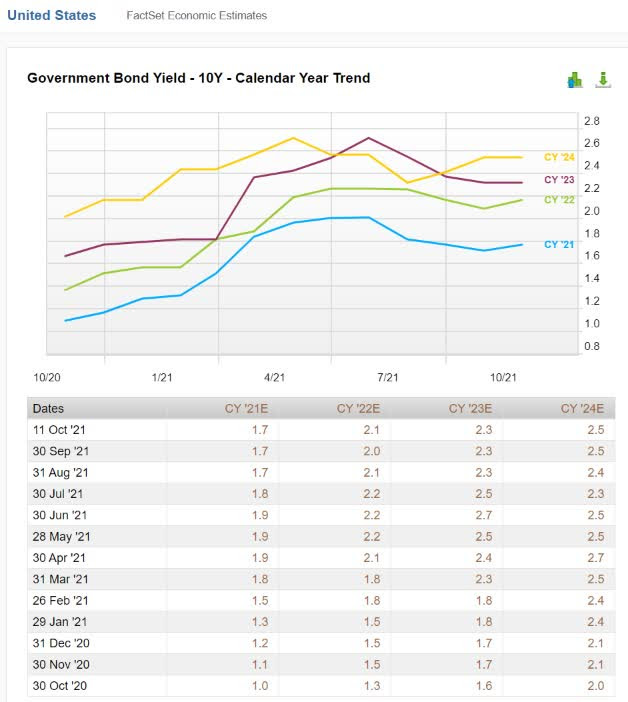 Rather, they are expected to return to the mid-range of the 2% to 3% the blue-chip economist consensus expects 10-year yields to average during the 2020s.

In part two of this series, we'll examine the biggest single factor that could cause interest rates to keep rising, not just to 2.5% but potentially even higher, which could spell bad news for some stocks, and mean glorious profits for others.

The post 4 Things You Need to Know About a Potential 'Lost Decade' for Stocks appeared first on StockNews.com