We need social media to survive. From waking up to sleeping, we are on our phones and computers. Maybe the stats are more significant because of the COVID stuff in...

By Howie Jones January 26, 2022
This story originally appeared on Calendar

We need social media to survive. From waking up to sleeping, we are on our phones and computers. Maybe the stats are more significant because of the COVID stuff in 2020 and 2021? But what are your predictions for 2022? How much time are you on social media a day? Do you use Facebook?

Which applications receive the most love? How much should social media be regulated? How much time does your social media suck from your productivity work schedule?

What are the unsanitary parts of your phone? Is social media spreading more than social connection?

And what about the sanitary parts of your phone? In early 2020 my office had a note on the bathroom door — “Stop taking your cell phone in the bathroom.” Was that request because of COVID or because it means bathroom germs travel back to the office? 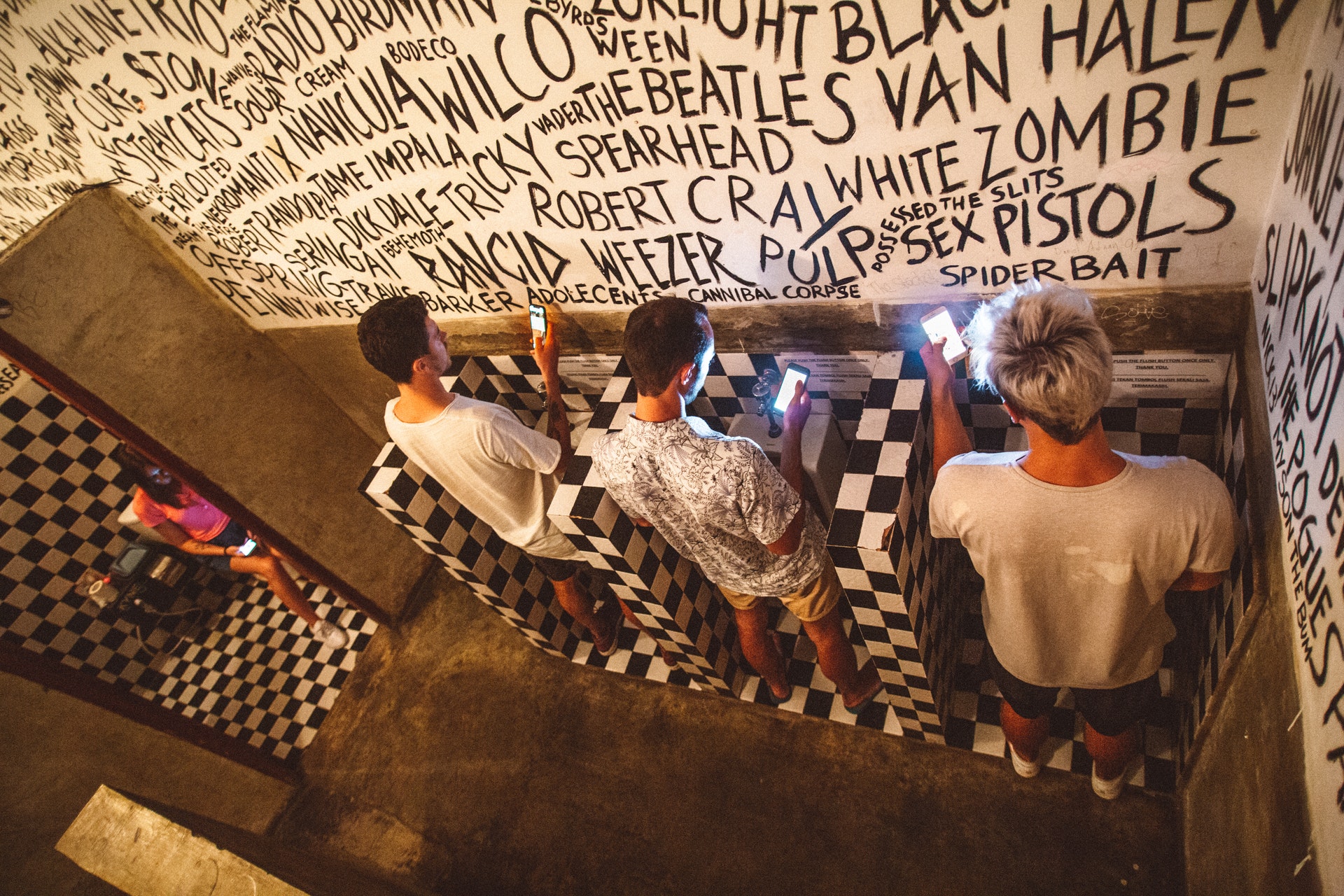 The bathroom scene with our phones, but is it sanitary? I think not. Image Credit: Roman Odintsov; Pexels; Thank you!

Could it be that we were talking too long or texting too long when away from the desk? Whatever the reason, I’ve got to think about it, what about you? However, take a look at the photo — I’ve seen this, have you? Even with the suits in the building, the bathroom image is the same, only with suits.

To put things in the social media perspective, consider these recent metrics:

Per day, Filipinos spend the most time on social media — at 3 hours 57 minutes.

The Brazilians come in second with 3:39 hours daily.

The Japanese report: they spend 48 minutes every day — good on that stat!

75% of internet users utilize social media between April and September — and just 24% of them think it is useful for their job.

The most recent social media time spent numbers exist. Around the world, every day for an hour and twenty-five minutes, we were on our social media feeds in 2020 — That’s 2,038 minutes each day. Compare this with 2 hours 25 minutes in 2019. That stat is easier to handle until you know the rest of the story, which is that the 2019 number exceeds the numbers added up for all years since 2012.

According to 2020 social media usage figures, the younger generation focuses on platforms other than Facebook. This means Gen Z’s favorite applications on social. Instagram has lost 15 million users. This report began in 2017. Instagram took up 41 minutes in 2017. In 2018, Insta was at 38 minutes. In 2019, it was 58 minutes, but other platforms are showing up, begging to be explored, and the Gen Zs take the time to check it out.

But how much time is really being spent on social media?

You likely can add these stats up a lot quicker than I want to — and at least my excuse is, mobile has become an essential part of daily life. But if you spend 3. 50.1 hours of mobile time on your social media — and we have 5.19 billion people in the world who own phones — whoa. In 2021, there were 4.57 billion active internet users, including 4.2 billion on mobile.

Every site gives you a little different stats — but essentially, you spent 3 hours 40 minutes on social media every day in 2021. Do you plan that many hours on social media for 2022? Do you even think about this?

Take a look at YouTube, with 2 billion monthly users and 5 billion daily video views (about 1 billion hours). That stat makes it the second most popular search engine and website after Google. YouTube’s largest market is in the US (14.8%), followed by India (70%) and China (8.1 percent ).

5. Average daily use time is 45 minutes.

TikTok is a recent breakthrough invention. Data Report tracked the site. It has had 800 million active users. 1.5 billion downloads. All this began in 2017, with TikTok’s target audience being Gen Z. However, Its user base is diverse. In 2018, users spent 52 minutes per day on TikTok. This number fell some in 2021 to 2.3-2.5 times a day usage — every day.

Second, only to Facebook in 2020 and 2021 was WhatsApp. It seems we have downloaded WhatsApp on almost every smartphone. WhatsApp now delivers 65 billion messages daily, which is up from 43 billion in 2017.

Photo-sharing app Snapchat currently has over 265 million daily active users and is a millennial favorite. It has over 46 million monthly active users in America, which is preferred by 53% of internet users aged 15 to 25. That’s a lot of time spent — and when you ask people if Snapchat is a waste of time, you can be in big trouble. But, of course, it’s not a waste — “I’m connecting with my core group.”

In January 2021, Facebook had 4.2 billion users. Facebook is the most popular networking site. We use the site a lot. Also, there is a lot of marketing potential on Facebook, and we use it a lot in business — So, can we think of FB or any of the socials as just social when we visit the site?

Bust, we upload images and watch movies, and Americans (18+) spend 33 minutes on Facebook daily. Each visit is a little longer. In 2018, the average daily time spent on Facebook was 58 minutes. Do you have a prediction for 2022?

Unsurprisingly, 98.3% of Facebook users are on smartphones. The network is a primary reason we use our phones more every year. You may now access your newsfeed almost anywhere on the planet, and you do. Stats show that only 1.7% of people browse Facebook primarily using a laptop or PC.

Free software for Android and iOS lets you monitor your Facebook usage and get an update every week. I admit to rushing to the delete button when this appears in my feed. You can allow this stat to update you about your own usage — it is located under Settings>Privacy.

2020 (latest statistics available) found that the average person spends 11 minutes 24 seconds on YouTube daily. The available figures show the usage was 38 minutes every day in 2017.

70% of all YouTube views are generated on a mobile device. In 2018, 1.8 billion people watched videos on mobile devices for an hour apiece. In August 2018, the video behemoth allowed customers to track their daily use.

North Americans utilize social media to connect with friends and family, according to a GlobalWebIndex graph. Facebook Messenger and WhatsApp are popular, with the former having 72% of all accounts. The latter has 66%.

It’s clear why social media is so popular — we are social creatures in need of connection. Moreover, Smartphone (and tablet) adoption facilitates human interaction. As a consequence, the apps’ economic model functions well.

But how well do we function with social media? That’s the question that needs answering.

The post The Social Media in 2021 appeared first on Calendar.