Company that Wants to Bring Back the Woolly Mammoth Raises $75 Million, Is Now Valued At $400 Million

Its mammoth project has captured imaginations, but it has more practical plans too.

By Liz Brody March 11, 2022
Opinions expressed by Entrepreneur contributors are their own. 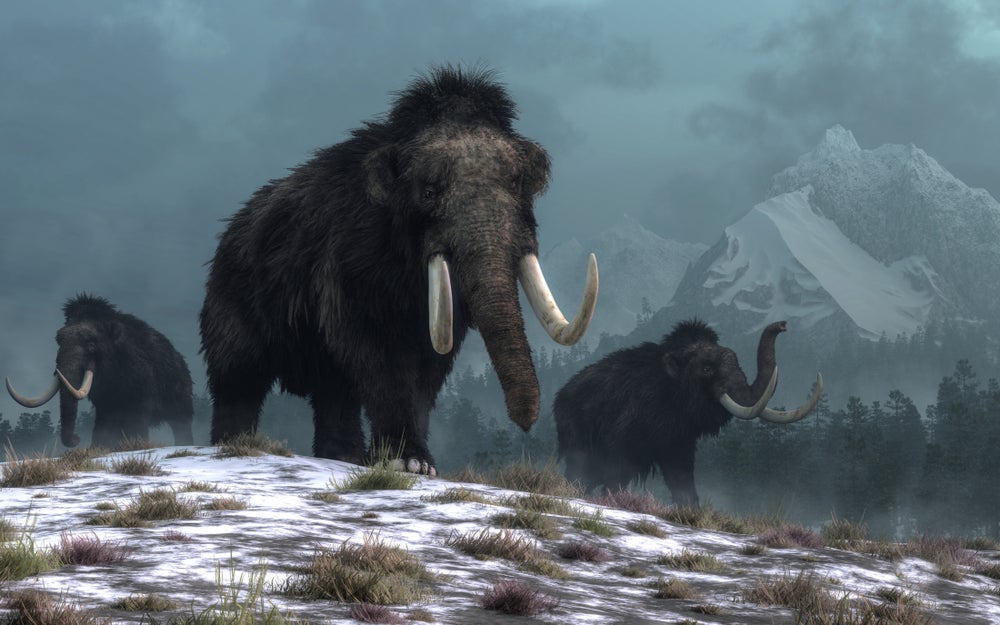 Few startups have an elevator pitch like: We're resurrecting the Woolly Mammoth to save the planet.
If it sounds more like the logline to another Jurassic Park sequel than a serious business, it isn't: This is the mission of Colossal, a company that is already on its way to producing the tusky behemoth — and also plans to spin off more immediately practical genetic technology breakthroughs for mundane species (like humans) to advance medical treatments, drugs, and reproduction. But of course, Hi, we're a biosciences company, doesn't quite have the same ring.
As it turns out, the mammoth has indeed captured the imagination of the investment world: At only five months old, the company has raised $75 million and, after the Series A that it announced this week, the company is valued north of $400 million. (Entrepreneur verified this figure with a third party close to the transaction.)
"Our plan was maybe to start looking at a Series A in 2023," says cofounder Ben Lamm, "but there's so much interest and we got term sheets from multiple people, so we did it much sooner than we thought."
Lamm, the founder of five successful technology companies (his latest was Hypergiant), has always recognized the power of an irresistible story to reel in the triumvirate of media, capital and customers – even if those groups don't always understand what's for sale. When he heard about a blockbuster brewing in the Harvard Lab of world-famous genomics researcher George Church, Ph.D,, he connected as fast as he could, and Colossal was born.
Church is known for developing the first direct genetic sequencing method and helping initiate the Human Genome Project in 1984, and he's made a habit of spawning lucrative biotech companies with his innovations. Years ago he became obsessed with the idea of re-engineering the woolly mammoth by creating a hybrid with the Asian elephant. Why? As a way to address climate change.
When the mammoths went extinct some 4,000 years ago, and therefore stopped thundering around the arctic permafrost, forest grew up over the tundra like a blanket. That absorbed sunlight and heated the earth. Colossal's hope is to bring back the herds, which will eat and trample down the recent foliage and restore the old, exposed grassland ecosystem that kept the carbon safely locked up in ice.
It would be a moonshot of a save. But this is not why investor Thomas Tull decided to lead the Series A, even though he was an executive producer on Jurassic World through his former film company Legendary Entertainment. "Look, I know the public's imagination has been captured by bringing the wooly mammoth back and it's certainly a worthwhile endeavor," says Tull, founder of the investment holding company Tulco. "And while I'm rooting hard for Elon to colonize, it's important we take care of our own planet.
"But for me as an investor," he continues, "it's really about the tools they're developing and the ability of George and Ben to do groundbreaking things using artificial intelligence and computational biology, CRISPR DNA sequencing, multiplex gene editing. These are things that I think have the opportunity to be transformative for human health. And as we just saw over the last two years with COVID, there are certainly many vulnerabilities."
Lamm says that's true of most of the investors they've pitched. "We've spent more time talking about the long-term business applications of the software, wetware, and hardware," he says. "But most of the meetings turn into curious question-asking, "Is this really possible? How is the genetic reconciliation of mammoth genes into Asian elephants applicable to human healthcare?' So I think people get the joke. And they're also very excited about what we're doing and supporting our conservation efforts."
With the new infusion of capital, Colossal is in full company-building mode. It expects to have four labs by May, and is expanding its team of nearly 50 people, hiring embryologists, genetic engineering teams, and cloning specialists. "I just brought in a head of animal operations," says Lamm.
"I feel like we've had this wave of companies that have shown, Guess what? You can do well and do good, whether it's for climate change or shoes for people who need them," says Lamm. "And now, after the last few years, I think people also are hungry for science and for inspiration. Space X does a great job of that. So we're building a company to create value for our shareholders, impact for the world, and inspiration for humanity.
Image credit above: Shutterstock