Down More Than 30% This Year, Is It Time to Buy Shares of MarketAxess Holdings?

Shares of market data and post-trade services provider MarketAxess (MKTX) have plunged in price since the company issued a weak first-quarter earnings report. But can its stock rebound by the...

By Nimesh Jaiswal May 24, 2022
This story originally appeared on StockNews

Shares of market data and post-trade services provider MarketAxess (MKTX) have plunged in price since the company issued a weak first-quarter earnings report. But can its stock rebound by the company leveraging its broad portfolio of products and services? Read on, let's find out.

The company recently partnered with MSCI Inc. (MSCI) to identify and create more liquid and sustainable fixed-income portfolios for its global institutional clients. 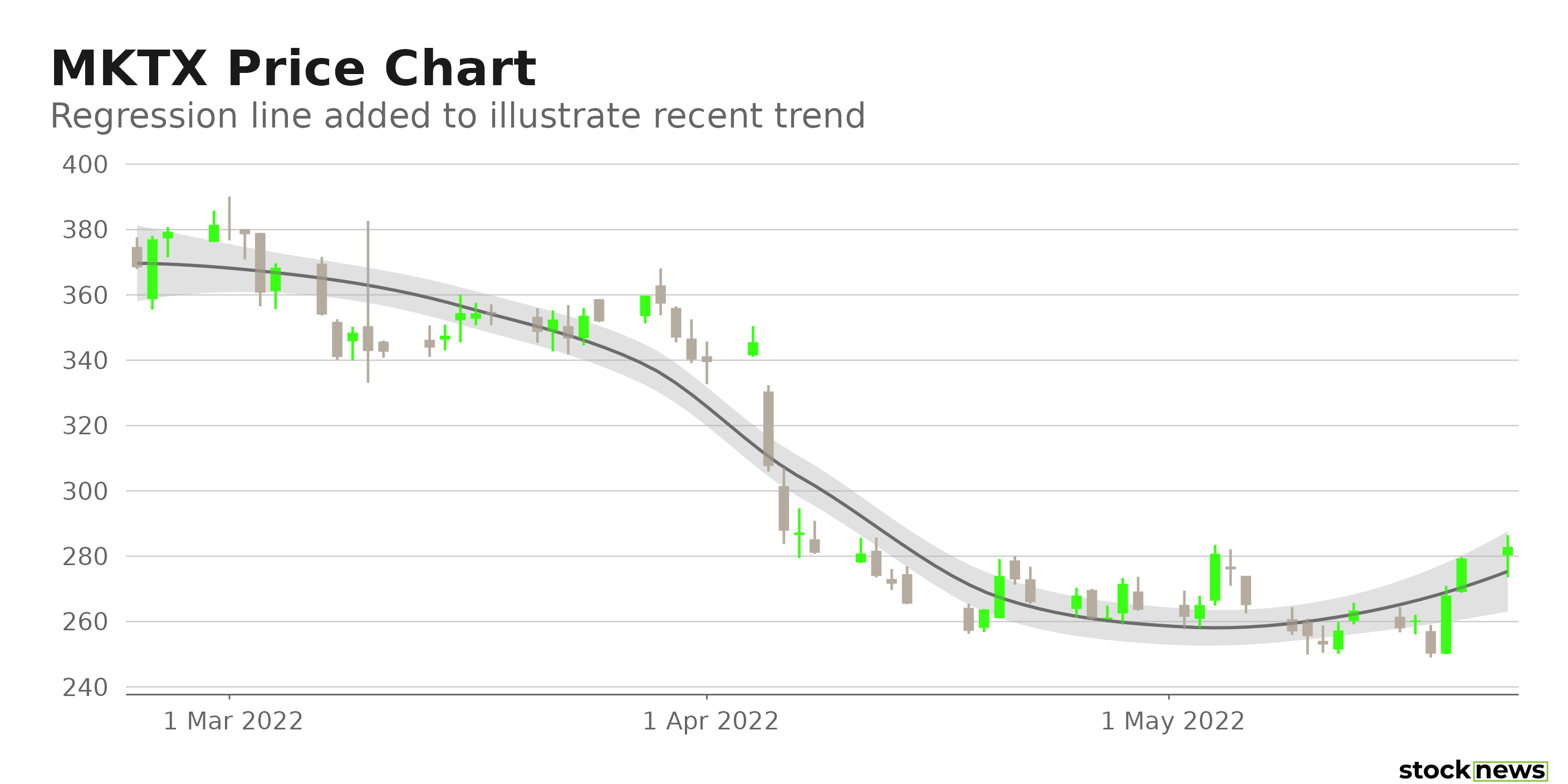 Here is what could influence MKTX's performance in the upcoming months:

MKTX has an overall C rating, which equates to a Neutral in our POWR Ratings system. The POWR Ratings are calculated by accounting for 118 distinct factors, with each factor weighted to an optimal degree.

Our proprietary rating system also evaluates each stock based on eight distinct categories. MKTX has a D grade for Value, which is in sync with its higher-than-industry valuation ratios.

The stock has a D grade for Sentiment. This is justified because analysts expect its EPS to decline in the near term.

MKTX is ranked #8 among the 12 stocks in the F-rated Financial Marketplaces industry. Click here to access MKTX's Growth, Stability, Momentum, and Quality ratings.

MKTX is currently trading below its 50-day and 200-day moving averages of $296.06 and $374.76, respectively, indicating a downtrend. So, the stock looks overvalued at the current price level, and we think it could be wise to wait for a better entry point in the stock.

MKTX shares were unchanged in premarket trading Tuesday. Year-to-date, MKTX has declined -30.91%, versus a -17.12% rise in the benchmark S&P 500 index during the same period.

The post Down More Than 30% This Year, Is It Time to Buy Shares of MarketAxess Holdings? appeared first on StockNews.com