If you're not using keywords, it's likely your resume will never be opened by a hiring manager.

Most of the resumes that employers receive either as hard copies or that are uploaded electronically reside in databases. If those databases were in graphic form, each resume would resemble a lonely tombstone in a cemetery. In the majority of cases, submitting resumes is futile because they get resurrected only if they include keywords -- specifically, those keywords used via computer queries made by employers, recruiters or hiring managers.

Typically, keywords are phrases and nouns that have to do with technical and professional areas of expertise; projects; industry-related jargons; tasks; achievements; job titles; and so on. That contradicts what we suggested years ago by saying that it's verbs that make a resume desirable. We now find that an effective combination of nouns, phrases and verbs is necessary because the human eye is attracted to verbs, whereas applicant tracking systems -- the kinds of software used by employers and recruiters -- are searching for keywords.

Applicant tracking systems are searching for keywords that appear primarily near the top of the résumé. Therefore, it is advisable to include keywords in the resume's first paragraph -- immediately after the contact information. Additional keywords should appear in lists as bulleted items in the section that follows and that could be titled Skills.

Appropriate keywords should be harvested from job descriptions or ads for job openings. Commonly, a job description is rich in listing a job's requirements in terms of skills and accomplishments. For instance, if the position is technical, the ad often lists computer languages, proprietary software and the like.

Pam Dixon lists such examples in her book Job Searching Online for Dummies, as follows. 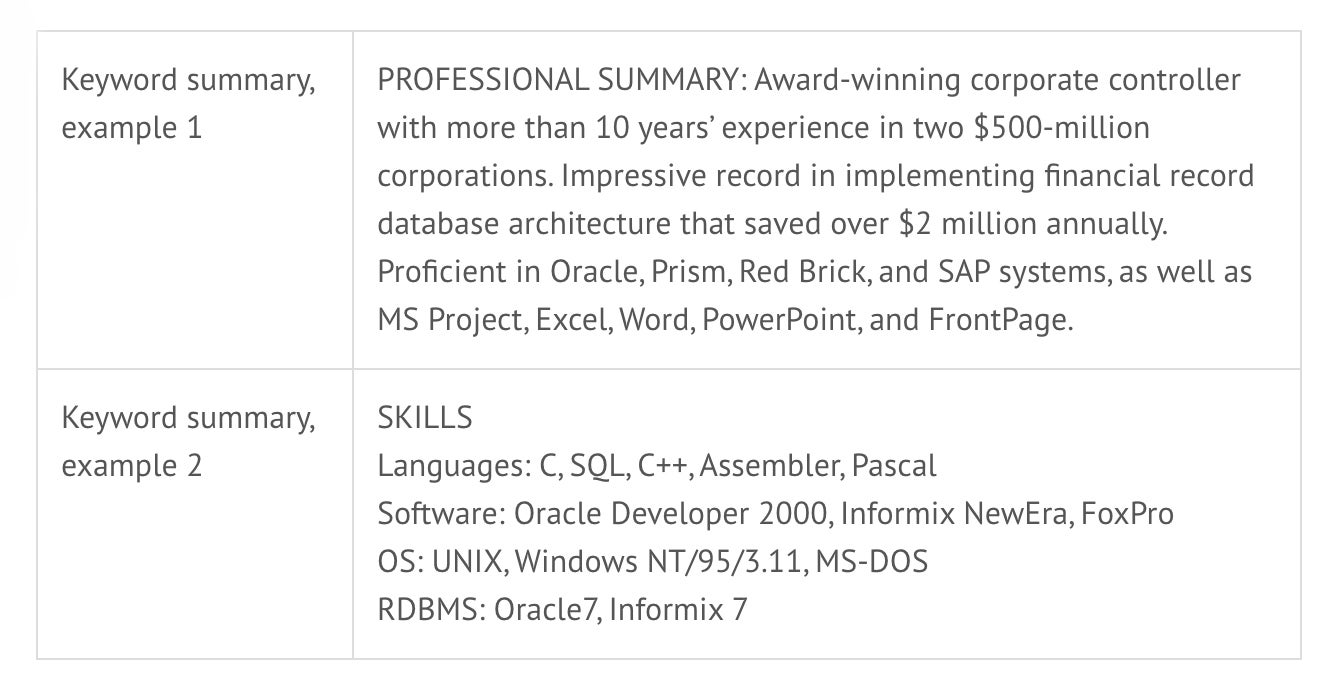