Today, a significant part of the customer base is Generation Z. Born between 1990s and early 2000s; they're next to Generation Y in order. What's different about Generation Z in comparison with other Generations (X and Y) is the way they interact with technology and modern markets. Here are 5 ways in which Generation Z is different from its predecessors:

1. They use technology to buy.

Between 1990 and 2010, a lot happened. Apple went from selling the Apple II to iPhone. Microsoft went from selling DOS to selling Windows 8. And during these times, the generation we call "Generation Z' was being born or raised. These young people saw technology changing in theirchildhood. They didn't see the times when communicating a message could take weeks. For them, it's weird not to be able to find information about a product or brand on the internet. In short, the advanced state of technology and the rapidly changing world don't freak them out. They're so used to change that products which are overly consistent seem like bad choices to them. And this reflects in their buying behavior. 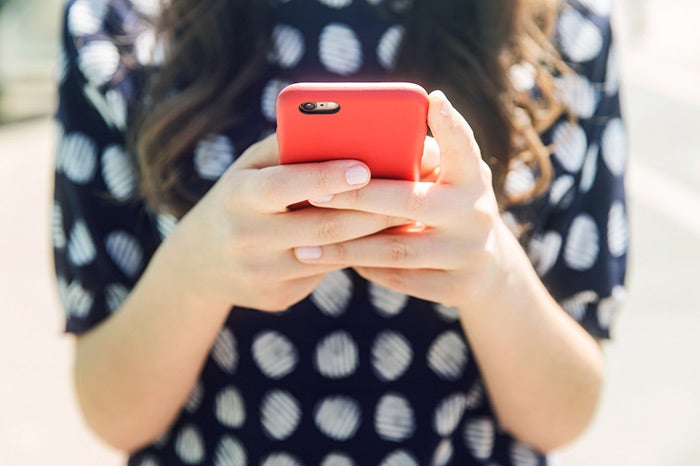 The Generation Z prefers to use technology as its medium. Very few like to go out and loiter in the malls. If you want to sell to these people, you'd better come up with a cool app idea, build a super-cool app with a platform like Bizness Apps, and then put your merchandise on it, or this generation wouldn't even know of your existence. But there's one thing that distinguishes them from the older online consumers. For the former, buying online and through apps is a very normal way of shopping. Unlike the older generations, they don't have a million questions nagging them when they are swiping through the merchandise. For them, it's just a normal way to shop. In other words, they approach the market through a different medium and a different mindset when using that medium.

The generation Z shows a marked inclination towards convenience, and it could be attributable to their parents' upbringing. Most of the generation Z was born to parents falling in the generation X. It was a generation that did not appeal much to the marketers. They weren't as many as the baby boomers or the part of the "boom let'. These were a small segment of the whole population, which made them an unattractive small pie in the huge American cake. Add to this, this generation was born at a time when the divorce rate was increasing. They are the ones who saw single-parent families getting common. In other words, not only were they left unattended by the marketers, but also by their own parents, which resulted in alterations of the traditional nuclear family structure, and this had its result: their kids, Generation X, didn't always have an over-protective mother mollycoddling them all the time. Many of them grew up alone. And this, too, reflects in their buying pattern.

Generation Z is a stickler for convenience items. Unlike Generation X or Y, they don't see convenience as luxury. For them, convenience is a necessity. This generation doesn't believe that sweating makes you better. Quite the contrary. For them, "if you can do it without all the hard work, just do it". There's no point in doing things yourself when you can get others do it for less than you'd make by doing your own job for that amount of time. Put simply, this generation sees convenience as the flip-side of efficiency. And that's why Generation Z has the largest proportions of consumers buying items for convenience.

3. They are more selective.

Don't even think that this convenience-loving generation is going to buy whatever appears good. It's a generation that saw recession in the very early phase of its life, and researches show that generations coming of age through financial straits are careful with money. They have a deep-rooted sense of financial insecurity, which they express in their buying patterns. Add to this, they were born to parents who were also products of similar straits. In other words, generation Z has frugality both in its genes and in its conditioning, and it is obvious in how they shop: they are the most discriminating consumers in the market. They show least tolerance for something unnecessary. For instance, they won't pay more just because something has an extra feature. They will consider if the feature adds some real value to the product, if the value is worth the cost, if they can get it in some other way, and a dozen other questions. Even when buying gadgets or "luxury" items, they tend not to be impulsive consumers. They value convenience and gadgets, but they also value money. And when making a purchase, they make sure that every penny they spend buys them something of real value.

Generation X is notorious for its escapist tendencies, and generation Z seems to have inherited it from them. This generation values things that have the ability to take them out of the mundane surroundings of real life. From more unrealistic movie plots to more close-to-reality video games, this pattern is obvious. This generation shows willingness to transcend the natural limitations of time and space and experiment with the surreal, and all this is visible in their spending behavior. They may never buy a second-best sci-fi novel or movie, but they will happily pay top dollar to get the best one.

5. They are more informed.

This comes with their discriminating nature but takes a slightly different dimension. Generation Z likes to trust the words of one another within it, and that's why it's the most reviews-obsessed generation in the US. Go to any website or social networking site and you'll notice this: most reviewers are from this generation, and they are also the ones most concerned about them. This is a generation that just loves researching before buying. These kids would Google the item and all its alternatives, read tons of reviews, chew it over for a day or two and would only then buy the item. They just won't fall for the slick promotions that Generation Y or Z consumers seem to be an easy prey for.

Andrew Gazdecki is the founder and CEO of BiznessApps

We must take stock of the banking, financial services and insurance industry (BFSI) landscape as it stands now before we can decide which path we want to take throughout the year.