A Startup That Aims to Get Teens Talking on the Phone Raised $2.2 Million

All calls on Unmute are broadcasted live, so anyone can tune in and listen to the call via the iPhone app or the web.

When he was 14, he picked up a copy of "Entrepreneurship for Dummies" and read it cover to cover. Two years later, the 16 year old started his own painting company, going door to door passing out flyers.

After high school, Spraggins moved to Los Angeles and fell into acting, getting his start in Apple's TV commercials (his first role was in the first iPhone commercial).

He did a series of ads for Apple -- including one for the iPad 2 -- but he ached to get out of commercial acting and start a business.

So he did. In 2014, Spraggins started a company called Looksee, which was dubbed by the press as a sort of "Tinder meets Instagram." But in spring 2015, while sitting in traffic, he had an idea for a new app.

"I'm in the car a lot, so I would use that time to catch up with friends. I called one of my buddies, and he just immediately texted me back saying, 'Hey, just text me,' and I'm driving, so that's why I couldn't text," Spraggins told Business Insider. 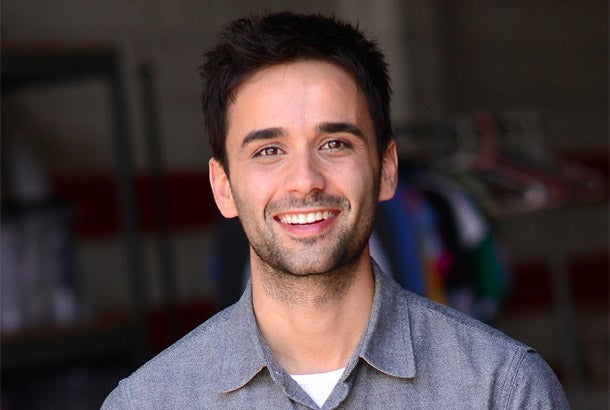 "I just saw that texting has really taken over communication. Texting's awesome, and it's used in such great ways, but when you lose conversation, when you lose speaking to people, you lose a huge part of building meaningful relationships. So I knew that at that moment the phone call needs a social facelift. It's not cool anymore, so how do we make it cool again?"

Spraggins and his cofounder Jared Kemink started building the app, called Unmute, in April 2015, and launched in November 2015. As soon as Unmute launched, it got a big boost from Apple, which featured it as one of its "Best New Apps." Unmute also made a splash on Product Hunt, the startup-and-app-discovery site adored by founders and VCs, which Spraggins says helped growth.

"We've been growing at 100% week over week and we're about to hit 1 million minutes of streaming audio consumed on the platform, which we're quite proud of," Spraggins told Business Insider.

And now, Unmute has raised its first outside funding: a $2.2 million seed round led by Greycroft Partners, with participation from Comcast Ventures, Crosscut Ventures, Betaworks, and Greylock. David Stern, who's the Commissioner Emeritus of the NBA, and Robert Kirkman, the creator of the TV show The Walking Dead, also joined the round, as well as a slew of angel investors.

Greycroft's Dana Settle, who led the Unmute deal for Greycroft
And now, Unmute has raised its first outside funding: a $2.2 million seed round led by Greycroft Partners, with participation from Comcast Ventures, Crosscut Ventures, Betaworks, and Greylock. David Stern, who's the Commissioner Emeritus of the NBA, and Robert Kirkman, the creator of the TV show "The Walking Dead," also joined the round, as well as a slew of angel investors.

Unmute, which Spraggins says has a five-person team right now, will be using the funding to secure office space, improve the product, and staff up.

All calls on Unmute are broadcasted live, so anyone can tune in and listen to the call via the iPhone app or via the weblink, so they can listen on web. While users are listening, they can interact with the call, sharing comments and photos and engaging with the people who are having the conversation.

But, Spraggins says, the app's "special sauce" is that the host can unmute their listeners, letting hosts directly communicate with their followers. "They can unmute them, so it kind of becomes like a radio dial-in show but for everyday conversations," Spraggins says. "And, as these calls are going, they are getting recorded, so that afterwards you can share them out on social, or even some people are posting them as podcasts. It's really dynamic, and kind of [a] raw and natural way to keep up with folks." 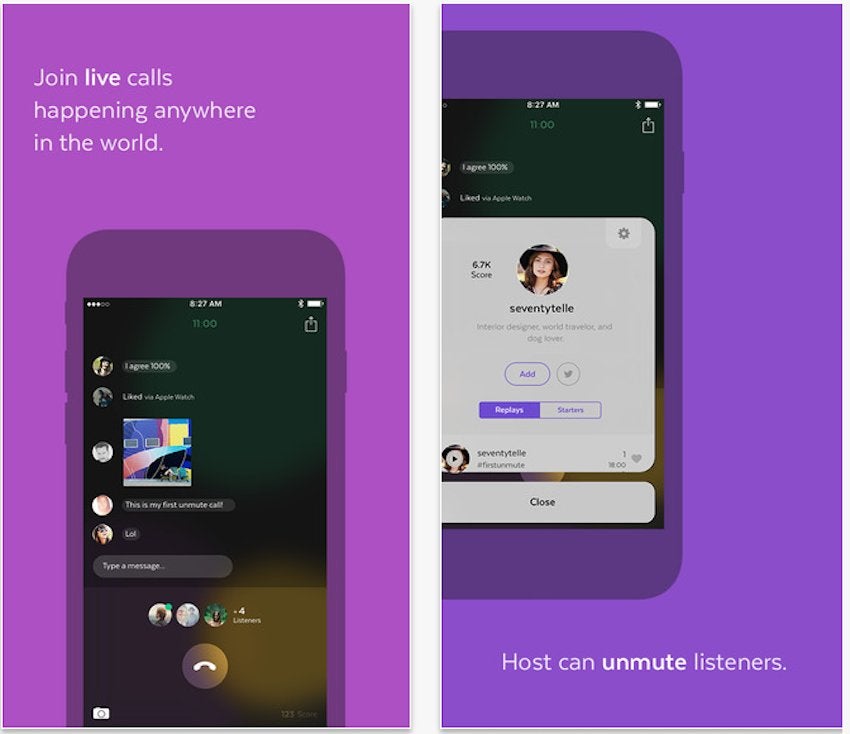 Spraggins says everyone from groups of teenagers ("They do these -- they call them 'Unmuteups' where they just sign on in the evening and talk all night together," Spraggins says)to celebrity influencer-types are using the app.

He's friends with Bellamy Young, the actress from "Scandal," and has sat in on her Unmute calls with thousands of her fans. "It's just a great way for influencers who have some sort of following to actually talk with their fan base. There's no need to be camera-ready because it's just audio," he says.

Though it's audio and not video-focused, Unmute is perhaps most like YouNow, the livestreaming app adored by teens. The broadcasting mechanic is similar, in that both apps allow for a lot of engagement and direct interaction between the people hosting the broadcasts and their fans.

But, Spraggins says, apps like YouNow "require you to be camera-ready or to have a certain level of skill or almost thesis to what you're presenting that's engaging for the audience." Unmute is more about the conversation.