Is Valero Energy Setting Up for a Big Move?

An ascending triangle pattern has formed in the chart of Valero Energy Corp. (VLO). The stock recently hit a level of resistance and could again soon....

By Christian Tharp
June 28, 2021
This story originally appeared on StockNews

An ascending triangle pattern has formed in the chart of Valero Energy Corp. (VLO). The stock recently hit a level of resistance and could again soon. Read more to learn how to take advantage of this trading opportunity.

The majority of the company's refining plants are in the Gulf coast where it has easy access to the export facilities. This has helped VLO expand its export volumes over the last few years. The firm is also set to benefit from a new standard set by the International Maritime Organization where the proportion of sulfur in marine fuel has declined drastically, which boosts demand for VLO's distillate fuels.

As of the most recent quarter, the company had $17.6 billion in cash compared with only $734 million in short-term debt. However, its profit margin is negative. Over the past year, sales are down 40%, but analysts forecast revenue to jump 112.4% year over year in the current quarter.

The stock appears quite overvalued with a forward P/E of 105.26. It has shown positive long-term momentum since November, with mixed short-term results as shown in the chart below.

Take a look at the 1-year chart of VLO below with the added notations: 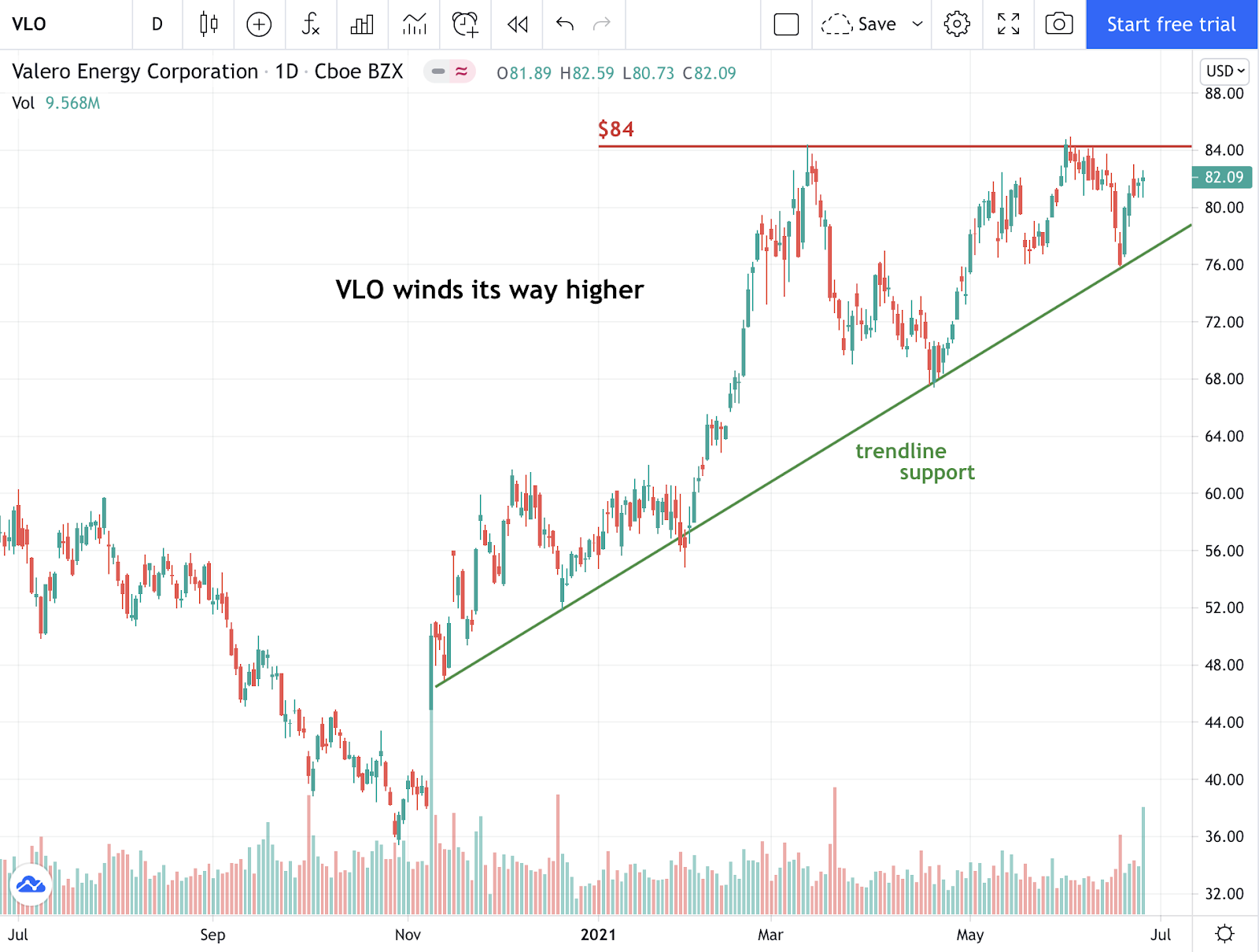 Chart of VLO provided by TradingView

While climbing a rough trendline of support (green), VLO has also formed an important level of resistance at $84 (red), thus creating an ascending triangle pattern. The stock just hit the resistance last month but could now be making another run at that level.

At some point, either $84 or the trendline support will break. A long trade could be entered on a break above $84 with a protective stop placed under the point of entry.

The post Is Valero Energy Setting Up for a Big Move? appeared first on StockNews.com