Rehashing the Reasons DIDI Stock Was Dead Long Ago

InvestorPlace - Stock Market News, Stock Advice &amp; Trading TipsDIDI stock is slowly moving toward a value of zero as its chances peter out slowly but surely. There is...

There really isn't any good news in relation to DiDi Global (NYSE:DIDI) stock. Bottom fishers could concoct some sort of bullish thesis about the beaten down Chinese ride share stock in an effort to convince investors to get on board. That might convince a little bit of capital to rush into the shares. But at the end of the day it's best to just avoid DiDi. 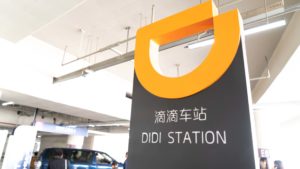 Investing in the stock of companies that have tons of trouble and limited upside is a weak strategy in general. And that's essentially what any investors would be doing here. So, in order to convince readers who are on the fence, I'll outline a few reasons that compellingly persuaded my thinking.

DIDI Stock Never Had a Chance

Go against the might of the Chinese government at your own discretion. That's the lesson DiDi teaches. I honestly believe that there's a near zero chance of success for any individual firm to do anything other than toe the line in relation to CCP diktats. DiDi is a great example.

It had long planned its initial public offering (IPO) which was set to go through in June of 2021. Everything looked great. The company lined up investors who were behind the project and what DiDi represented. The IPO was literally days ahead. Then, out of the blue DiDi received notification from China's cyber security watchdog stating that it should delay its IPO.

DiDi had a choice: delay the IPO and watch investors walk, or go ahead and tempt fate and list the IPO risking a potentially swift and strong reaction by the Chinese government.

We know that DiDi chose the latter.

Everything went great for about 24 hours. DiDi undertook its IPO which went from $14 to $18 quickly.

Then things went belly up.

On July 2, just days after the IPO launched, DiDi announced that China's Cyberspace Administration Office was subjecting DiDi to a security review.

The watchdog announced that the DiDi app was being taken down from app stores in China on July 4. The Cyberspace Administration Office alleged that DiDi had been collecting personal information in violation of China's laws. A few days after that, on July 9, the Cyberspace Administration Office ordered DiDi to take down 25 additional apps on similar charges of user privacy data breaches.

And that's pretty much been the story of DiDi. Its share prices have marched steadily downward in step with bad news after bad news.

More such bad news came when DiDi then announced that it was delisting from the New York Stock Exchange in early December.

As a consequence, investors who purchased American Depositary Shares will have their shares converted to equivalent shares on the Hong Kong Stock Exchange. That isn't a great solution for shareholders who have little experience with the entirely separate exchange.

It was a strange turn of events but it also provided a concrete example of a fear that China based firms might actually delist from U.S. exchanges. So investors have all that to contend with if for some reason they are considering investing in DIDI stock. A company that lost $4.7 billion in the third quarter.

What to Do With DIDI Stock

There isn't much to say. I don't think there's any room for optimism there. It's difficult to imagine individual U.S. investors convincing themselves that it makes sense to pursue DiDi.

The business case is straightforward, and also bad. DiDi loses a lot of money according to its unaudited earnings report. Perhaps if it ever gets audited it proves to be even worse.

It doesn't matter anyway. The company is pretty much done at this point. Maybe institutional investors will have an easier time navigating the Hong Kong Stock Exchange but even then there's not much to like about DiDi.

The post Rehashing the Reasons DIDI Stock Was Dead Long Ago appeared first on InvestorPlace.