By Rob Price
May 22, 2017
This story originally appeared on Business Insider

On May 22, 2010, a developer bought two pizzas using 10,000 units of a then-little-known digital currency called bitcoin.

Bitcoin is going nuclear. Its price is tearing upward, with each bitcoin worth $2,128 -- a little shy of its all-time-high of $2,185 reached earlier Monday morning.

Just a year ago, it was trading at just $443, after deflating from what was then seen as the giddy highs of about $1,100 in late 2013. It has since embarked on an epic bull run.

"The Japanese have caught the Bitcoin bug and inefficiencies across markets are being exposed," CryptoCompare founder Charles Hayter said in an emailed comment. "Irrational exuberance is taking hold as the Japanese stumble over each other to enter the Bitcoin market and drag up international prices."

The digital currency has come a long way since 2010, when the purchase of the two Papa John's pizzas by Laszlo Hanyecz from another bitcoin enthusiast marked what is believed to be the first "real-world" bitcoin transaction.

"I'll pay 10,000 bitcoins for a couple of pizzas.. like maybe 2 large ones so I have some left over for the next day. I like having left over pizza to nibble on later. You can make the pizza yourself and bring it to my house or order it for me from a delivery place, but what I'm aiming for is getting food delivered in exchange for bitcoins where I don't have to order or prepare it myself, kind of like ordering a 'breakfast platter' at a hotel or something, they just bring you something to eat and you're happy!

"I like things like onions, peppers, sausage, mushrooms, tomatoes, pepperoni, etc.. just standard stuff no weird fish topping or anything like that. I also like regular cheese pizzas which may be cheaper to prepare or otherwise acquire.

"If you're interested please let me know and we can work out a deal."

Ten thousand coins were then worth about $40. A British user agreed to buy the pizza for him, and even at the time the buyer got a good deal out of it: The person paid only $25 for the two pizzas.

The date is a marked on an annual basis by bitcoin users as "Bitcoin Pizza Day."

"It wasn't like Bitcoins had any value back then, so the idea of trading them for a pizza was incredibly cool," Hanyecz told The New York Times in 2013. "No one knew it was going to get so big." 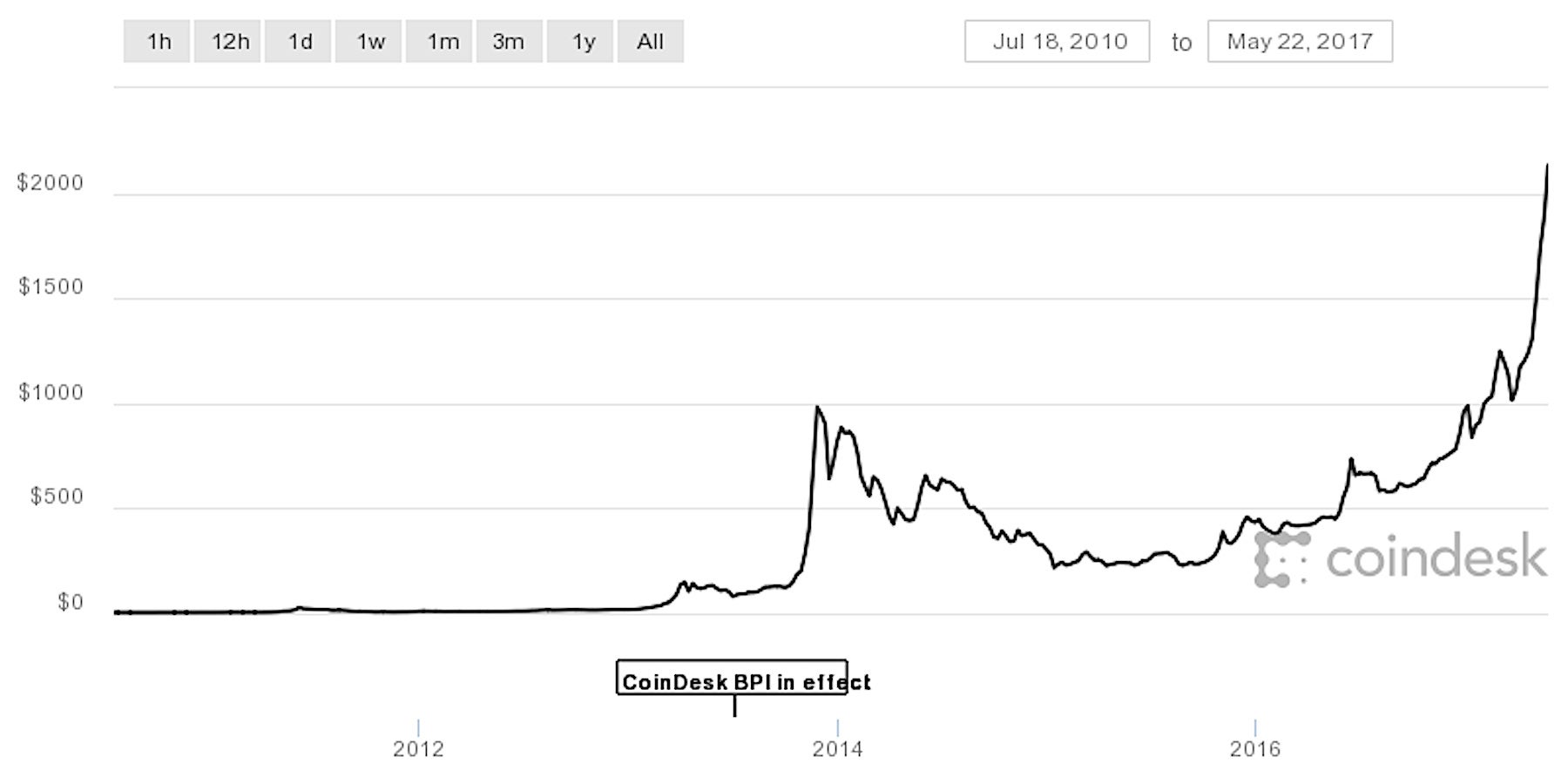 Get the latest Bitcoin price here.