Would You Put Your Kid in a Car With a Stranger? This Startup Hopes So.

"How do I know my kids will be safe?" As a worrywart helicopter parent of three, this was my first question to Joanna McFarland.

The busy mom of two is the co-founder and CEO of HopSkipDrive, an Uber-like service that dispatches drivers -- that are technically complete strangers -- to take kids from place to place when their parents can't. 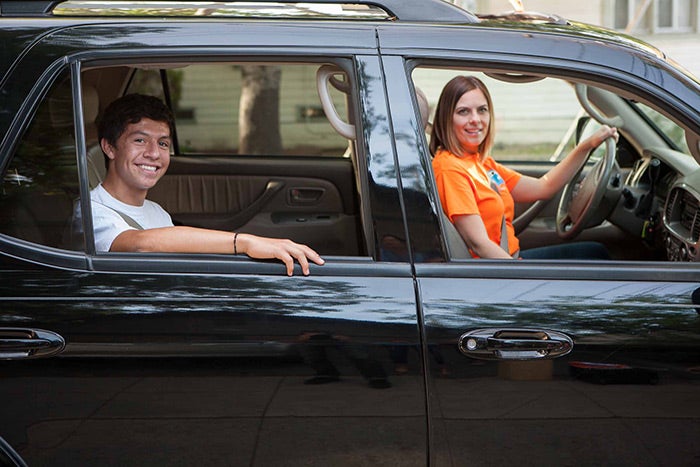 As you can imagine, McFarland faces this critical question all the time. Her answer: "We do far more than most families do when vetting a babysitter or a nanny, and so the guiding principle for everything we do is "Is this safe enough for my own kid?' and "Would I put my own kid in this car?'" It is and she does, she says.

Related: Facebook May Have a Ridesharing Service in the Works

McFarland launched the South Pasadena, Calif.-based startup in March 2015 with two fellow working mothers, Carolyn Yashari Becher and Janelle McGlothlin. Between the three mompreneurs, they have eight kids, ranging between the ages of 4 and 13. Collectively, they attend six different schools and are involved in a head-spinning lineup of extracurricular activities.

"They are the reason we created HopSkipDrive," McFarland says, "We started the company to solve our own problem -- getting our own kids from point A to point B." 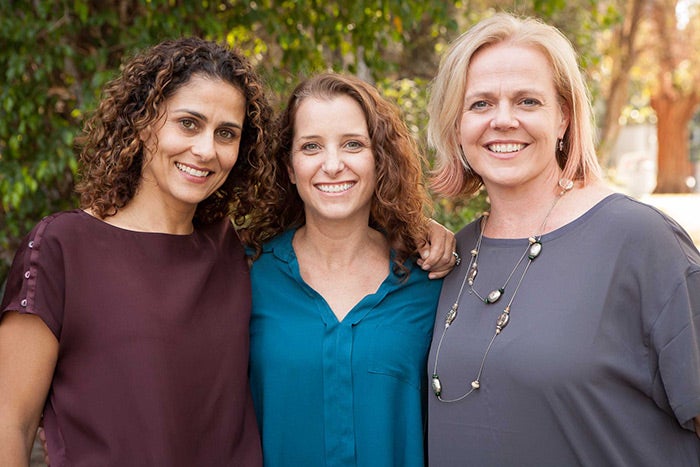 The idea for the business, which, in fact, started as a joke, came to McFarland and McGlothlin at a child's birthday party. They were venting with other parents about how challenging -- and downright exhausting -- it can be to constantly schlep their kids to and from school and everywhere else, before, after and sometimes in between. Being that being in two places at once is impossible, it's a major pain for most moms and dads, especially those with multiple children.

McFarland and her co-founders know the struggle all too well.

"We were all scraping together solutions that weren't really solutions," she says. "We were sneaking out of work early, arguing with our spouses over whose job was more important that day. We were cobbling together a myriad of carpools for each child, for each activity, and then praying nobody's child got sick, causing the carpools to crumble. And sometimes, we were just not signing our kids up for things because we couldn't figure out a way to get them there."

Enter "CareDrivers" to the rescue, HopSkipDrive's specially-insured way to get kids there. They're called CareDrivers because, as McFarland puts it, "they're caregivers first and drivers second." Taking a page out of Uber and Lyft's playbooks, some 500 CareDrivers use their own cars to shuttle thousands of kids (ages 7 to 17) all over a combined 5,000-mile expanse spanning both Los Angeles and Orange counties. (The company is slated to announce its expansion into Orange County this coming Monday.) 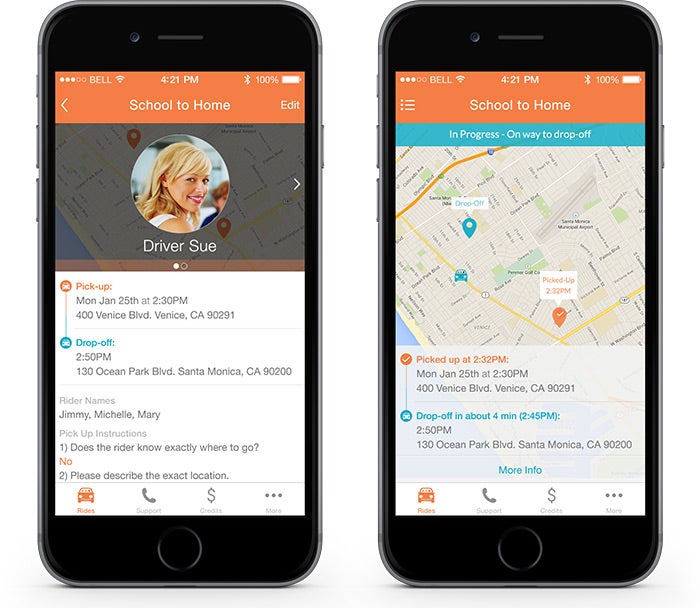 Mile after mile, parents are able to track their precious cargo en route via HopSkipDrive's free iOS and Android apps. Tip: Make sure your little ones use the loo before they hop into a HopSkipDrive. Potty stops aren't permitted. Drivers can, however, pull over if your child gets sick or "misbehaves" in a way that requires "their immediate and undivided attention."

Should issues like these pop up, CareDrivers are well-prepared to handle them, McFarland says. Each is at least 23 or older and has a minimum of five years of childcare experience. "That means they're moms, they're teachers, they're nannies," she says. "They're used to working with kids."

Further raising the rider-safety bar, HopSkipDrive says all drivers undergo a rigorous 15-point certification process. This includes everything from fingerprinting to checking their backgrounds, references and driving records, to interviewing them in person and beyond. Digging deeper, drivers are also vetted for sex offense and drunk driving convictions.

Firstmark Capital managing director Rick Heitzmann sees the value -- and potential for exponential growth -- in the service, not only as an investor, but as a parent as well.

"I have three kids aged 1, 5 and 11, and the movement of children around is a huge issue in our lives," he told the Los Angeles Times. "Whether it's soccer or ballet or school, all of that is a big issue, so it was a pain I'd felt personally."

HopSkipDrive rides are paid for and booked through the app at least eight hours in advance. They cost $20 each. An additional fee of $1 per mile is charged after five miles and $0.50 per minute after 30 minutes. Additional passengers, typically siblings, cost $5 each, though the first extra sibling is free.

In a time when 60 percent of families have both parents working, and kids are increasingly overscheduled, HopSkipDrive is driving in the right direction at the right time, helicopter parent stranger danger fears or not.

The No.1 Most Bankable Skill You Must Have to Succeed in 2023

If you don't foster this skill, you'll fall behind the pack financially and professionally in 2023.