By Jason Fell
July 11, 2011
Opinions expressed by Entrepreneur contributors are their own. 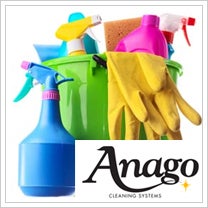 If you've been searching for a recession-resistant franchise opportunity then Anago Cleaning Systems might be for you.

David Povlitz, chairman and founder of the Pompano Beach, Fla.,-based commercial cleaning franchise company says he is lowering the cost of acquiring a master franchise by as much as 85 percent to $35,000. Previously, Anago's master franchise costs ranged anywhere from $150,000 to $250,000.

"Over the years, I've lived through several recessions and seen the unemployment level rise and fall, but I don't hear anyone right now talking about any clear solution for creating new jobs," says Povlitz, who is 62. The U.S. the Labor Department said on Friday that employers hired only 18,000 workers in June -- the fewest workers in that last nine months. This as the U.S. unemployment rate increased to a six-month high of 9.2 percent.

Povlitz hopes this initiative will help create new jobs and inspire more people to be self-employed. "The hard reality is that it's going to be up to small businesses to create new jobs," he says.

"At Anago, a master franchise is going to employ an average of 10 people, so if I sold all 60, we'd help employ 600 people," he says. "On top of that, a master franchisee can sell between 24 and 40 unit franchises, on average, and those generally hire three to five more people each. One master territory can hire 60 to 100 new employees in one year."

What's more, Povlitz is challenging all the companies ranked on Entrepreneur's 2011 Franchise 500® list to lower their fees to help create new jobs and inspire people to "achieve financial freedom." He says Anago will aim to maintain its lower prices for "as long as it takes," or at least until U.S. unemployment falls "somewhere in the 6 percent to 7 percent range."

Founded in 1989 and franchising since 1991, Anago is ranked No. 110 on Entrepreneur's 500 list this year and No. 5 among the fastest-growing franchises. It was also recently recognized as one of the 50 top franchises for minorities.

What initiatives have you fostered to spur jobs in your industry? Let us know in the comments below.