Web metrics numbers are only as good as what you do with them.

By David Port
October 5, 2009
Opinions expressed by Entrepreneur contributors are their own.

Call him a nerd, but David Rivers readily admits that each week, he waits with anticipation for a web analytics report to arrive from his marketing department. And as president of KegWorks, a beer equipment company that relies heavily on the web to generate customers, Rivers knows better than to take those reports lightly. For he has learned that analytics often prove revelatory--and beneficial to the bottom line.

"It's all fun and games, doing different things with a site, figuring out what works best," says Rivers, who founded the Kenmore, N.Y., company in 1998. "You can debate that stuff all day. But it comes down to data. The analytics show what you're doing right and where you need to make changes. They help you make more informed decisions."

The time and money spent generating and digesting web analytics--indicators such as site traffic, conversion and page bounce rates, search term effectiveness and countless other metrics--can pay significant and immediate dividends, as Rivers discovered not long ago. While KegWorks had for years been tracking the performance of its pay-per-click advertising on Google at an aggregate level, across multiple campaigns, it hadn't until recently drilled deeper to calculate how each individual campaign had performed in terms of cost per click.

The company handles web analytics mostly in-house, using tools such as Google Analytics and Yahoo's IndexTools, but this time it hired an outside firm to look at its Google ad campaigns more granularly. "Now we're reallocating resources to focus on our most successful campaigns," says Rivers. "I expect our net profit is going to increase because we're more effectively spending our money. We've already seen a difference." 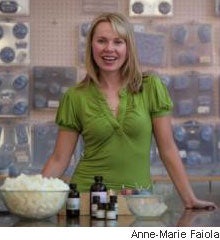 Stories such as this have turned former analytics laypeople like Anne-Marie Faiola, founder and CEO of Brambleberry.com, a soap-making supplies provider, into devoted data miners. "I live and die by web metrics," admits Faiola, who does the bulk of the web analytics work for the Bellingham, Wash., based online retailer and its offshoot sites. "I've gotten really serious about it."

Another avowed fan of Google Analytics because "you can data-mine so much with it" and it's free, Faiola was recently reminded why regular monitoring of analytics is critical for an online business. In the month following the overhaul and relaunch of the company's site, she noticed a 10 percent drop in indirect traffic to the site. Apparently some of the links to the URL via blogs, bookmarks, etc., had gone dead with the transition. "I wouldn't have noticed if I hadn't tracked the traffic analytics closely," she says.

Ten to Watch
Beyond biggies like traffic volume and conversion rate, here are 10 other metrics to monitor:

Referring sites: Which links to your site are proving most fruitful? "It helps determine if a relationship is one we want to nurture," explains David Rivers of KegWorks.

Search terms/keywords: Which words tend to bring the most visitors via search engine?

Landing pages: Which are stickiest, with the lowest bounce rates?

Ad placement: Which ads translate into the most clicks? The most revenue?

New vs. returning visitors: "You want to see a lot of return visitors," says David Schnurman of lawline.com, "but new visitors are your lifeblood. When you have a new [marketing or advertising] campaign, you like to see the number of new visitors go up."

Browser profiling: Are visitors most frequently reaching your site via Explorer, Firefox or Safari? Does your site function properly for each?

Shopping cart analysis: Breaks down how much revenue is coming in from individual traffic sources.

Cart abandonment: At what points in the checkout process are customers most inclined to bail, and how to keep them engaged (such as with a "wish list" feature)?

Copy and color testing: Alternating among several different copy blocks and design "looks" for the same page or function, in order to test which best accomplishes a goal, such as getting visitors to join an e-mail list.

Page views: How deeply do site visitors dig to get information? The more pages customers view in a visit, the better the conversion rate tends to be.

As the president of lawline.com, an exclusively web-based business that offers online continuing education for attorneys, David Schnurman acknowledges he's "obsessed" with monitoring web data. "We spend a lot of time and energy on this stuff on a daily basis," he says. "An online business should at minimum be using a tool like Google Analytics or something similar. If you're not keeping track of this data, you are going to lose touch with the little tweaks you need to be making, especially in an environment where things move so fast."

Analytics recently provided Schnurman with insight into a troublingly high bounce rate--in the neighborhood of 60 percent--with certain pages on the lawline.com site. Because bounce rate is a major factor in conversion rate, the issue warranted quick action. "We did some A/B testing with those pages, saw the pages with the lower bounce rates, and implemented those. The bounce rate immediately dropped to 30 percent. It's at 23 percent now."

"We thought traffic was the Holy Grail, when as a firm selling a high-end service, really what we needed was to keep the right people at our sight," he says. "In our case, it doesn't matter how many people are turning over rocks, but who's turning them over. A 98 percent bounce rate is OK for us, as long as the 2 percent who stay are the right 2 percent."

Davidoff says the experience helped him put web metrics in perspective. "Analytics only help if your strategy and approach as a business are clear. If you focus too much on quantity and let analytics be your master, you can end up going off-market."

The key is knowing which analytics are most relevant to your business and which warrant merely passive monitoring. "It's a little scary how much data you can access. There's a potential to overkill this," cautions Schnurman. "But really, it's a lot of fun having this kind of information."