By Kelly K. Spors
October 10, 2013
Opinions expressed by Entrepreneur contributors are their own.

The Challenge: Steve Caradano, founder of Vero Linens, thought he'd an uncovered a firm niche--selling imported Italian luxury linens to boutique hotels in the U.S. Then, in 2008, the perfect storm hit: The price of the euro had risen significantly, devaluing the U.S. dollar and reducing his company's profits. The price of cotton spiked, inflating Vero's production costs. The financial crisis on Wall Street led to a crumpling of the travel and hospitality industries and upscale hotels either stopped buying new linens or they downgraded to lower-quality brands. "The price of cotton was outrageous, and it was clear we were headed into a recession where our customers weren't buying nearly as much as they did before," says Caradano, owner and founder of the 15-employee company with operations in Michigan and Florida. "I'm sort of looking at my situation and saying, "What do I do?'"

The Fix: By early 2009, Caradano realized he needed a new sales strategy. Industry magazines and groups reported that many luxury consumers continued to buy high-end linens, even as their 401(k) value tanked and business and leisure travel markets slowed. Caradano decided to try diversifying his customer base and breaking into the consumer market by creating an online store where people could buy Vero's linens direct from the company's Web site. "Retail commands about a 225 percent to 250 percent markup in luxury linens," he says. "I was thinking, "I have the Internet here. I'm going to take a step out of the value chain" and start selling online. 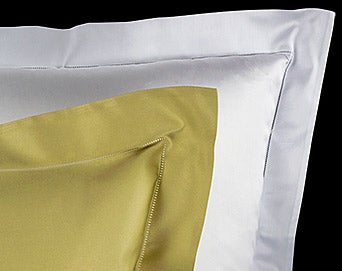 The transition to online sales wasn't seamless, however. The first Web designer Cardano hired cost $25,000 and didn't incorporate the right features into the site, he says, so he ended up scrapping the site and starting over. In fact, Caradano says he went through four different designers between 2009 and 2012 before getting Vero's ecommerce site looking good and functioning correctly.

Figuring out how to generate online publicity and stand out in a crowded market of linen makers selling online was also challenging. He's ultimately learned that generating word-of-mouth publicity is important in the consumer luxury market. Caradano says he now reaches out to interior designers who blog and other bloggers with more affluent readers in hopes of drumming up publicity for his brand.

Though he won't disclose his exact revenue, he says the shift to consumer sales has helped him recover so that he's at about the same revenue he was at before 2008. One reason direct online sales has worked for Vero is because consumers are willing to spend more--often $1,000 versus $500--on quality linens than hotels. While an upscale hotel will typically buy three to four sets of sheets for every bed, the profit margin on those sheets is far less than consumer sales, Caradano says. His profit margin on each set sold is 50 percent more for direct online sales than selling to hotels.

Moreover, Caradano says he travels far less than he did before. While he still travels to hotel clients and prospective hotel clients occasionally, he has refocused on online sales--saving the company several thousand dollars every year.

The Takeaway: Moving from business-to-business sales and selling to consumers online can open up new sales opportunities and increase a company's profit margins.