Shari Leidich wasn't coy when naming the main competition of her startup, Know Brainer: the famed Dave Asprey and his Bulletproof brand, which created the current buttered coffee trend.

After she gave up control of her first company, Two Moms in a Raw (renamed Soul Sprout), to her investors in March 2016, the 50-year-old entrepreneur worked with food scientists to launch Know Brainer in July of that year. The coffee creamer and instant beverage company was founded on the principles of the keto diet, which favors foods high in fat in lieu of carbs and sugar. Interest in the keto diet and foods that adhere to it have been rapidly growing over the past few years.

"We took complicated foods with Two Moms and made it convenient. Butter coffee is inconvenient and costly and inaccessible. Dave Asprey's brand is that way," Leidich said. "We combined [coconut oil and butter] and put them in a little packet for on-the-go convenience. All you do is squeeze it into your morning cup of coffee or tea and then "stir me up buttercup.'" (Bulletproof also offers instant packets.) 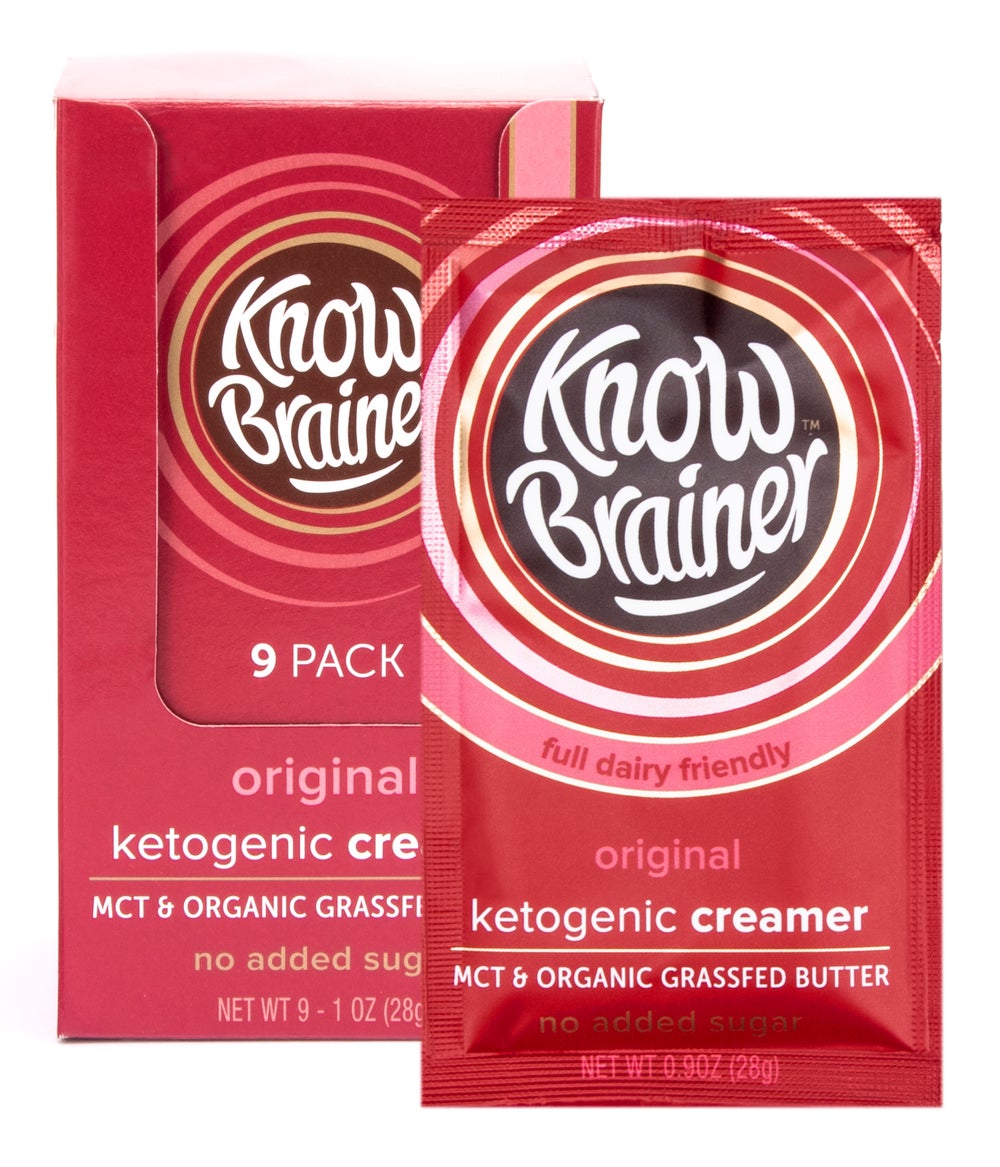 Know Brainer's products can now be found in 2,000 stores, including Kroger, Albertsons, Whole Foods and Walmart locations. Leidich said the brand has a strong Amazon presence, with ecommerce sales accounting for 40 percent of Know Brainer's business. According to the company, the brand has seen 2,300 percent growth in less than one year. It also partnered with Nestlé's Innovation Group to roll out creamers with collagen.

The tone of Know Brainer's brand isn't to maximize productivity, Leidich said, but for its customers to make better diet decisions.

"We like to say we are a breakfast alternative," she said. "We want to find all those people who are skipping breakfast, finding that sugary muffin by 11 a.m. and then having that crash by 1. What we want to do is fill you up with Know Brainer so that we get you through your whole morning."

Related: What Motivated This Executive to Leave Her Job and Start a Cauliflower-Crust Pizza Company

Leidich said she became interested in natural foods and their potential to heal the body after she was diagnosed with multiple sclerosis in 2004. She founded Two Moms in the Raw two years later. Her story has become an essential part of both her companies, one that she said has resonated with consumers.

"We have a reason for doing business. It's not like, 'oh I'm going to go make a lot of money,'" she said. "I'm healing myself. I want the rest of the world to know about it."