What You Can Learn From the Stylist Serving Up Glamour to the U.S. Open's Tennis Stars

The U.S. Open might not be the place you expect for a pop-up salon. But that's what stylist Julien Farel is counting on as he builds his business.

For two weeks each year he runs Style Suite, a beauty bar at the Arthur Ashe Stadium in Flushing, N.Y. that keeps competitors at the tennis tournament looking fresh and camera ready. But the shampoos, cuts and styles are part of a larger plan for the stylist, one that has its roots in his first days in New York.

When he left Lyon, France for Manhattan in 1992, he spoke no English, had only $2,000 to his name and spent the first few months couch-surfing friends' homes. To build a reputation, he served an average of 37 clients per day. "The competition in NYC was relentless and I quickly learned that I had to distinguish myself from others," Farel says.

Soon, he ran training for renowned stylist Frederic Fekkai and learned the inner-workings of the American hair care industry. He built a roster of star clientele that included Kate Moss, Salma Hayek and Richard Gere but knew that bold-faced names alone couldn't keep a lucrative salon business afloat. He knew he needed to step back and strategize about how to truly create a beauty powerhouse. That reflection led him to three realizations. He needed to:

To this end, he approached the USTA in 2007 about a beauty bar as a sort of perk for players who need a place to relax and unwind; a lounge that would provide everything from foot massages and manicures, to haircuts. Today, his on-site salon at the U.S. Open handles 50 clients daily, including the world's top tennis players, coaches and executives whose polished coifs must withstand long days under the heat and sun. Farel also styles and cuts TV-ready updos for the athletes right before competing for the internationally broadcasted Grand Slam. 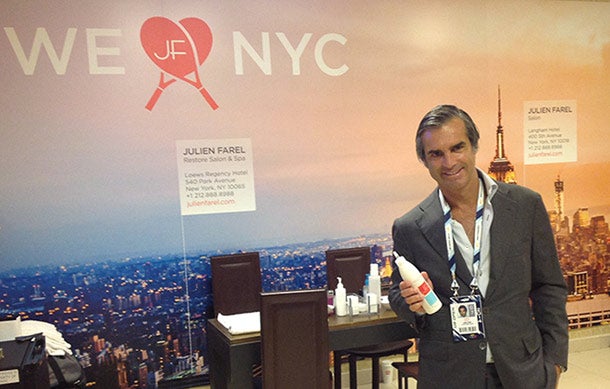 Farel's salon has remained the official courtside beauty destination for the U.S. Open and recently, the Sony Miami Open Tennis Tournament. Tim Curry, spokesperson for the USTA says the tennis pros note Julien Farel as a symbol of the New York style industry. "We are glad to help Julien get exposure each year," Curry says, "while providing the world's top players with exclusive services on-site at the U.S. Open to look good on the tennis court."

Meanwhile, Farel's one-of-a-kind looks showcase his salon's talent and efficiency. He says there's an art to delivering luxury and speedy services to a large volume of clients: whittle it down to a handful of pre-determined hairstyles and master those looks.

"You have to be quick. You never know when the athletes will be popping in and how much time they have," he says. 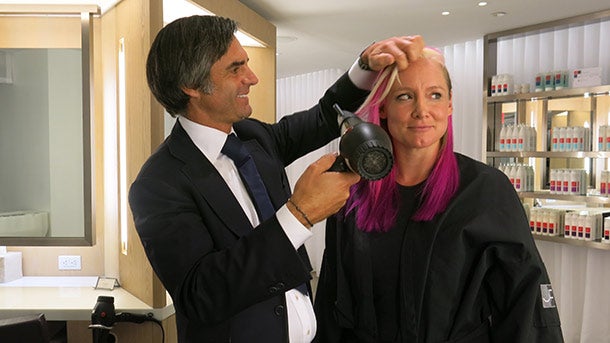 Related: Hire the Right Employees to Staff Your Salon and Spa

Belarusian tennis pro Victoria Azarenka says she doesn't have time to worry about beauty details before competing, so she entrusts her whole look to the Farel team: "Before entering a tennis court for a match, it is important to feel good mentally and physically. Like every woman, I feel more confident when I look my best and in this sense, Julien Farel helps me tremendously so I can focus on winning on the court."

The ramp-up to the U.S. Open stars even drives creativity among his employees. "It's actually a big competition among all of the stylists. Months in advance, everyone comes up with a sporty and chic look that is on-trend and can hold up well on court. We end up pulling elements from a bunch of the looks to create the final three beauty looks," says Farel whose salon has two branches in Manhattan as well as one in Miami and another in Cabo San Lucas.

Serving the busy athletes at the U.S. Open Style Suite inspired the hallmark service of his new flagship location, the Julien Farel Restore Salon & Spa. The $7.8 million project in New York City reflects customer-service ingenuity with its branded and trademarked "Power Beauty" menu. The customizable express menu bundles three salon and spa services to be completed in one hour. He specifically developed it for his busiest beauty clients, including jet-setters and time-starved (but beauty-conscious) professionals. 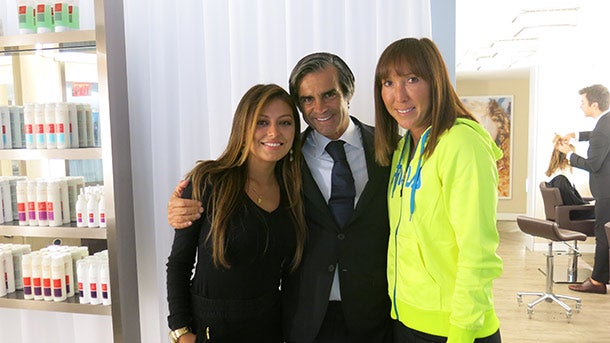